An attack by suspected jihadists on a village in western Niger's troubled "three-border" region has killed 17 people, a local elected official reported Saturday. 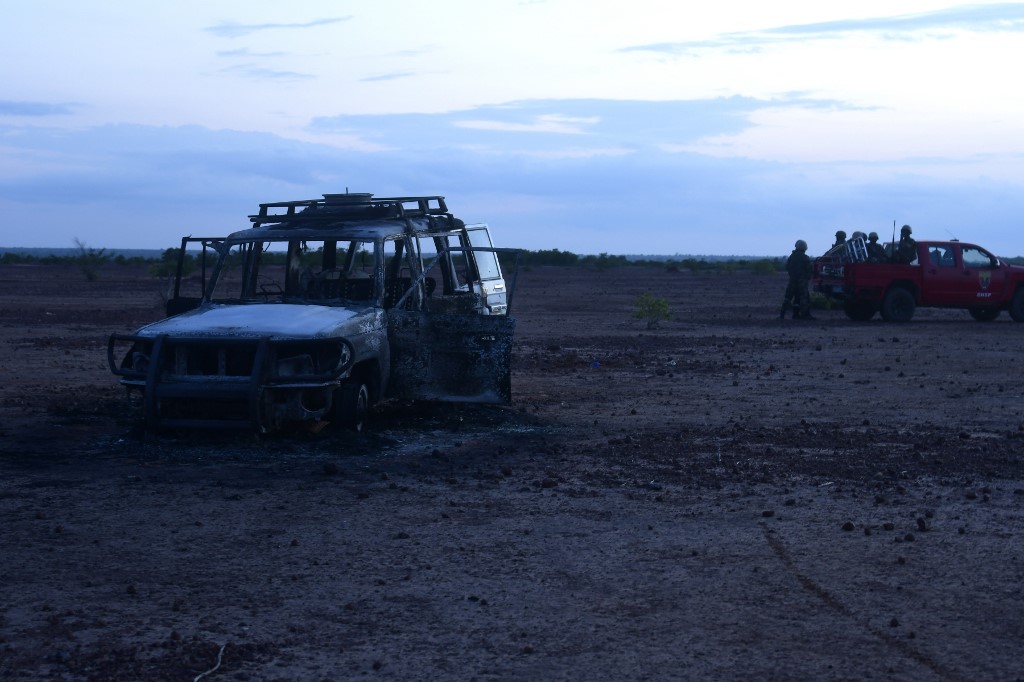 A patrol car of the Niger Gendarmerie is seen on August 9, 2020 near the wreckage of the car. (File photo: AFP)

The attack happened in the village of Theim in the Tillaberi region, at around 8:00 pm (1700 GMT) on Friday, the official told AFP.

A resident in regional capital Tillaberi said around 10 people had been killed.

Thiem is around 20 kilometers (12 miles) from three other villages where a series of attacks in May by jihadists linked to the Islamic State forced more than 11,000 inhabitants to flee.

MPs from the region called Friday for increased security measures for the area, saying that jihadists behind the wave of attacks in the vast Tillaberi region are able to operate freely in spite of strict government controls.

In one month, 98 civilians and 19 gendarmes have been killed in just three departments of the region, they said.

To combat rising attacks, Niger has declared a state of emergency, banned the movement of motorbikes, regulated the sale of fuel and closed markets suspected of supplying armed groups, they said.

The "three-borders" region is a huge territory straddling the frontiers of Niger, Mali and Burkina Faso that has long been troubled by land feuds, trafficking, desertification and fragile state presence.

The vast arid region, along with central Mali, has become the worst-hit area in the jihadists' nine-year-old campaign in the Sahel.

Thousands of people have died and tens of thousands have fled their homes.