Violence, clashes at Delhi-based university evoke protests from across India 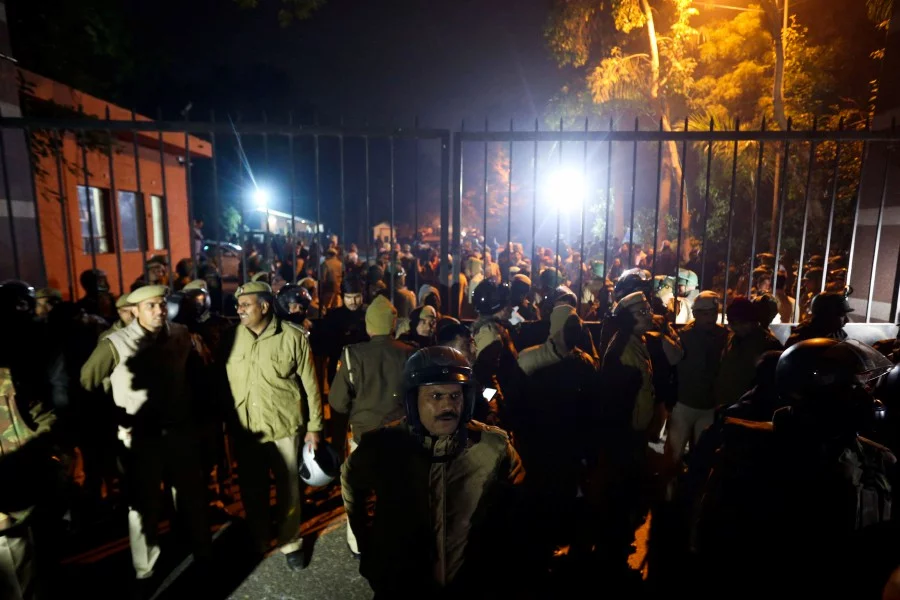 NEW DELHI, Jan. 6 (Xinhua) -- University and college students staged protests and demonstrations across many cities in India, including Mumbai, Delhi and Aligarh, throughout Sunday night, against the violence that erupted inside the Delhi-based Jawaharlal Nehru University (JNU) injuring around 30 students.

Students belonging to various colleges, institutes and universities were seen continuing with their protests at Mumbai's popular monument Gateway of India till Monday morning.

Clashes had broken out between two groups of students at the JNU campus on Sunday evening. While one group backed by the JNU Students Union (JNUSU) had been opposing the proposed fee-hike and registration process for forthcoming semester examinations, the other group demanded immediate registration process.

The JNUSU blamed the violence on the students and activists belonging to the Akhil Bharatiya Vidyarthi Parishad (ABVP), said to be the student wing of the country's main ruling Bharatiya Janata Party (BJP).

The intense violence also evoked sharp reactions from the political class, as several senior politicians cutting across party lines visited the JNU and the All India Institute of Medical Sciences (AIIMS) where injured students were admitted to.

Most of the injured students were discharged from AIIMS after treatment, said latest media reports.

The country's Home (Internal Security) Minister Amit Shah ordered probe into the clashes and the ensuing violence that lasted for a couple of hours inside the JNU Campus.

External Affairs Minister S. Jaishankar and Finance Minister Nirmala Sitharaman, both of whom are JNU alumni, condemned the violence inside the university campus.