Fourteen-year-old Omar Hussaini, who hails from a village in northern Burkina Faso, is supposed to be spending his days in school like others of his age.

But last year. a violent conflict forced the closure of Hussaini's school and his family to flee their home for safety. 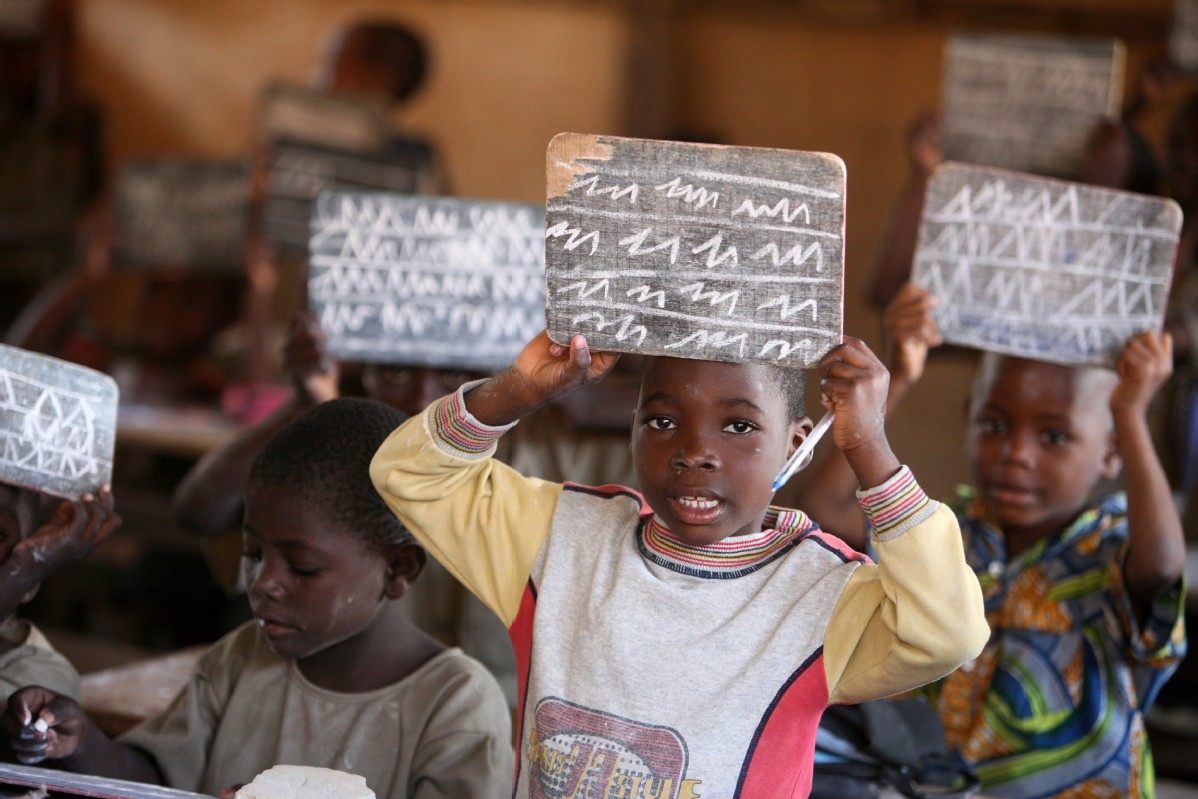 Students are seen at a primary school in West Africa in this undated file photograph. (Photo: China Daily)

Hussaini recalls the fateful day: "I was in class in my village. We heard people screaming, then gun shots. They shot at our teachers, killing one of them. They burned down the classrooms. I was scared. I felt weak and lost. Then we just ran," he said.

"I used to love school, to read, to count and to play during recess. It's been a year since I last went to school," he told UNICEF.

Similarly, Fanta Mohamet lives in a makeshift tent in a settlement in Zamai, a village in the far north region of Cameroon, along with 1,500 other displaced people, about 900 of whom are children.

Mohamet, 14, attends school near the refugee settlement where she landed after the Boko Haram Islamist group attacked her family, killing her father and brother, and kidnapping her only sister.

The widespread abduction of girls often targets those who are in school, as Boko Haram and some other armed groups in West and Central Africa object to educating girls.

According to recent research by UNICEF, nearly 2 million children in thee regions are being robbed of education due to violence and insecurity.

The report states that Burkina Faso, Cameroon, the Central African Republic, Chad, the Democratic Republic of the Congo, Mali, Niger and Nigeria have faced threats and attacks against students, teachers and schools.

Cameroon is the worst-hit country, accounting for nearly half of the schools closed across the region.

The report states that about one in four children globally who need humanitarian support, including education and other services critical to learning, live in just 10 countries in West and Central Africa.

Out-of-school children face the risk of recruitment by armed groups. Girls, on the other hand, face an elevated risk of gender-based violence and are often forced into child marriage, with ensuing early pregnancies and childbirth that threaten their lives and health.

UNICEF is calling on governments in the region to reaffirm their commitment to education. "Now is the time for renewed efforts to make sure the potential of a generation of young people is not wasted," UNICEF said in a statement.

To salvage the children's future, the UN agency is working with governments to offer alternative types of schooling.

"Conflict in this region has taught us that while a traditional classroom is preferable, it is not the only place to provide learning activities," UNICEF said.

Since 2016, UNICEF and the Children's Radio Foundation have collaborated on piloting an innovative Radio Education in Emergencies program.

The initiative provides up to nine months of broadcast lessons in literacy and numeracy, along with lifesaving messages about living in conflict.