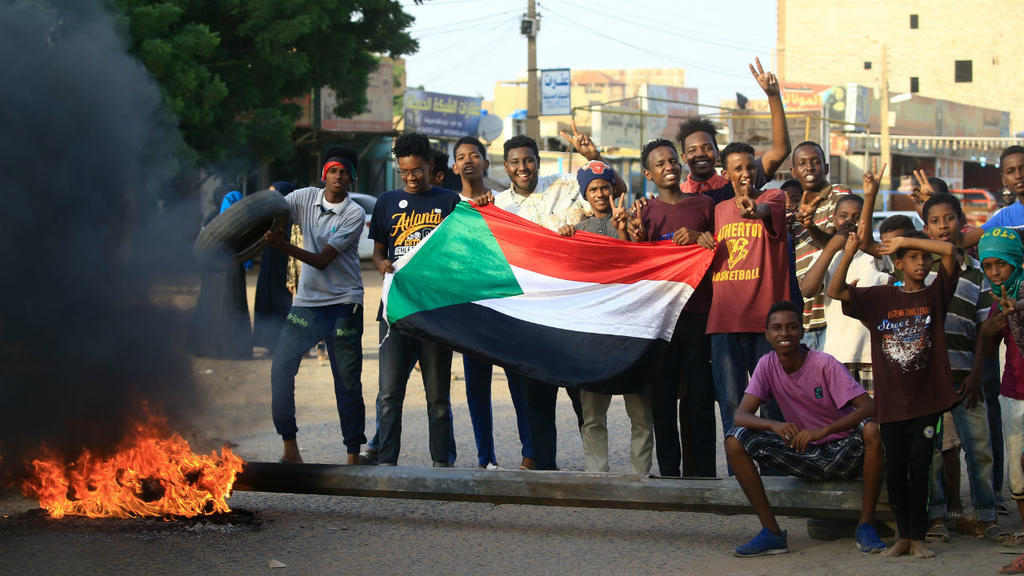 Demonstrators burn tires in the middle of a main street in Khartoum on July 27, 2019. (Photo: AFP)

KHARTOUM (Xinhua) -- The violence on Monday in El Obeid, capital city of Sudan's North Kordofan State, seems to have placed the talks between the Transitional Military Council (TMC) and the opposition Freedom and Change Alliance at stake.

Although meetings of the joint technical committee between the TMC and the opposition alliance began in Khartoum earlier in the day to study document of the constitutional declaration, convocation of the direct talks scheduled for Tuesday remains under great doubt.

Sudan Tribune, a local news portal, reported that the Freedom and Change Alliance sent its negotiating delegation to El Obeid to investigate the situation after the violence in the city.

Meanwhile, the alliance issued a statement that holds the TMC responsible for the violence in El Obeid, saying people were shot dead by soldiers from the army and the rapid support forces.

No comment has been issued yet from the military council.

Meetings of the joint technical committee are expected to pave the way for the direct talks between the two sides on Tuesday to finalize the constitutional declaration.

The document of the constitutional declaration includes powers of the sovereignty council and the post of prime minister during the transitional period.

On July 17, the TMC and the opposition alliance signed the political declaration which determines the political structures of the transitional period.

It stipulates the establishment of a joint sovereignty council of 11 members: five civilians, five military representatives and one civilian to be selected through mutual consultation.

It also provides that a council of ministers be formed.