Violent protests in Chicago after man shot dead by police 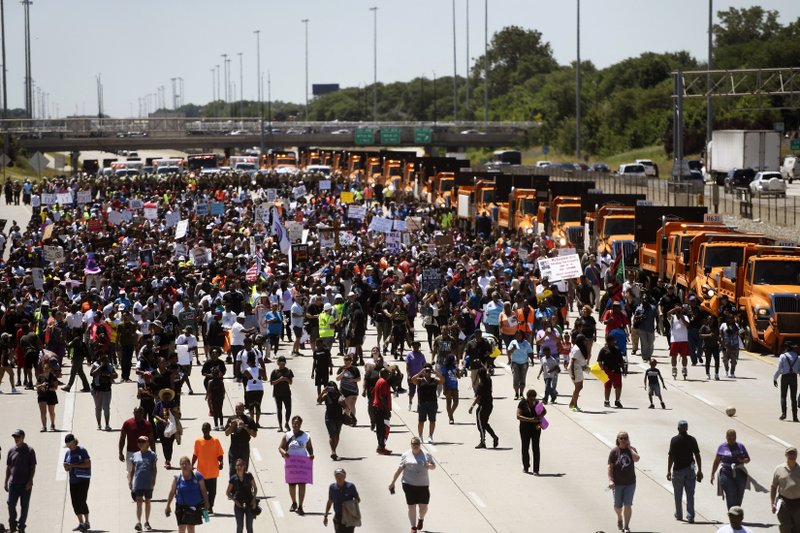 A violent clash broke out late Saturday in Chicago's predominately black South Side neighborhood after police shot and killed a man whom they suspected was carrying a firearm.

A crowd of about 150 residents shouted "murderers" and obscenities, local media reports said. They tossed rocks, bottles and jumped on police cars as the protest escalated near the crime scene in the 2000 block of 71st Street.

Officers armed with batons squared off with the protestors with punches thrown on both sides, multiple media accounts said and videos posted on Twitter show.

Officials said three or four officers suffered minor injuries and one patrol car was damaged, and four protestors were arrested. Few details of the shooting were available other than a police statement which said that foot patrol officers saw a man "exhibiting the characteristics of an armed person."

Fred Waller, patrol chief of the Chicago police, told the New York Times and other media, that officers saw a bulge in his trousers that they believed to be a gun. When they approached the man, "He started flailing and swinging away, trying to make an escape." and he said the man "reached for the gun."

The official statement from the Chicago police said, "an armed confrontation ensued resulting in an officer discharging his weapon and fatally striking the offender," adding that they recovered a "gun and two ammunition magazines" at the scene.

A crowd gathered after the shooting and rumors that the man was unarmed incited the crowd, police spokesman Anthony Guglielmi told the Chicago Tribune.

There has been a string of US police killings of black men that have sparked nationwide protests, but the name, age and race of the man shot were not released by police early Sunday.

The officer involved will be placed on desk duty while the incident is investigated, officials said.