An extremely powerful typhoon was barrelling towards southwestern Japan on Saturday as authorities issued evacuation advisories to thousands of residents, warning of unprecedented violent winds, heavy rain and high waves. 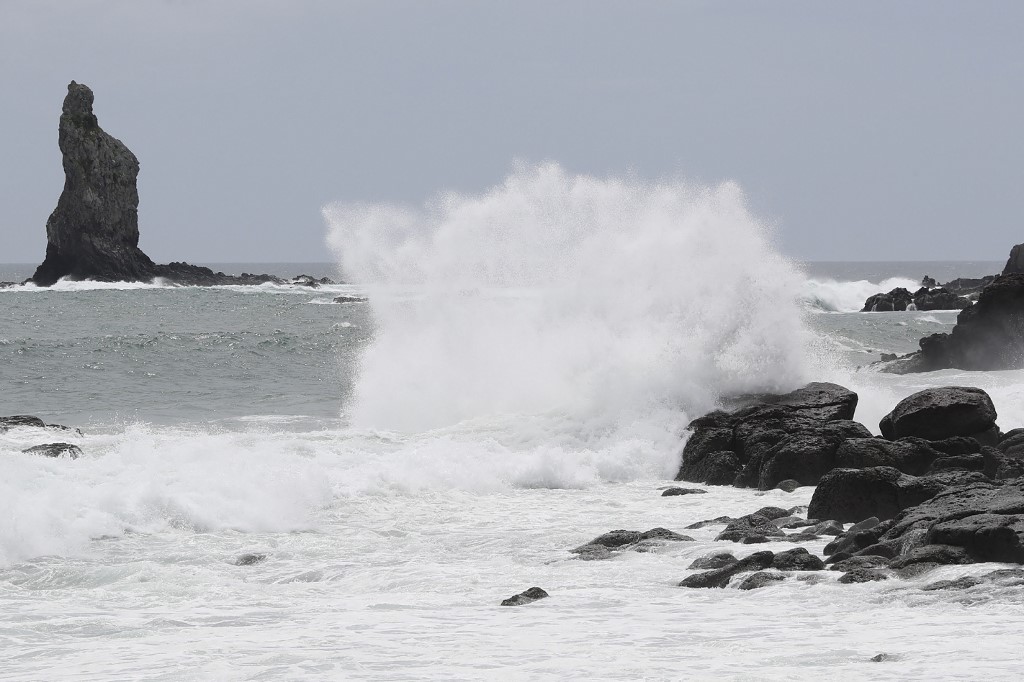 Haishen churned near Okinawa in southern Japan on Saturday afternoon and was expected to approach Kyushu late Sunday or early Monday, the meteorological agency said.

The storm is expected to affect Japan from late Saturday, with winds of up to 290 kilometres per hour (180 miles per hour), making it a "violent" storm -- the top level on the country's classification scale.

"There is a danger of record winds, heavy rain, high waves and storm surge," Yoshihisa Nakamoto, an agency officer, told a news conference, calling for an early evacuation and "maximum caution."

Yuhei Takamura, a government official, told the conference: "A disaster will occur. There is almost no doubt about it."

About 4,600 people in Tarumizu, Kagoshima, were urged to evacuate swiftly, while authorities in other areas of Kyushu were warning their residents to prepare.

Satoshi Sugimoto, another agency official, said the latest typhoon could generate high waves as powerful as a tsunami.

"It's going to be the last chance to flee" when the agency formally issues the nation's highest storm warning, Sugimoto told reporters.

Authorities on Minamidaitojima instructed about 1,300 residents to evacuate as the storm was expected to hit the remote island, east of Okinawa.

"We urge all of our islanders to be on full alert as winds are getting stronger and expected to be violent," Hidehito Iha, a local government official, told AFP.

Footage showed troops escorting dozens of people at a heliport in Kagoshima, southern Kyushu, after they evacuated from another remote island by a military helicopter.

Toyota said it would suspend operations at three plants in Kyushu until Monday evening, while other companies, including Canon and Mitsubishi Electric, reportedly planned to take similar measures.

The storm grounded nearly 100 flights, public broadcaster NHK said, while some services of Shinkansen bullet trains were set to be suspended in western Japan on Monday.

Meanwhile, Haishen forced the Japan coast guard to suspend its search for dozens of missing sailors from a cargo ship that sank in a separate storm, after two crew members were rescued.

"We resumed our search operation this morning by dispatching an airplane, but it returned without any clues," a local coastguard official said.

"Now we plan to suspend our entire operation" until Haishen passes over the country, the official told AFP.

The Japan coastguard found a second survivor on Friday after the Gulf Livestock 1, which was carrying 6,000 cows and had 43 crew on board, issued a distress call Wednesday near Amami Oshima island as Typhoon Maysak passed through the area.

A first survivor was found on Wednesday evening, with a second crew member recovered at sea Friday.

The Philippine foreign ministry said the two survivors -- both Filipino -- had been in contact with their respective families.

The crew was made up of 39 Filipinos, two New Zealanders and two Australians.

The boat, which had experienced engine problems before, had been travelling from Napier in New Zealand to the Chinese port of Tangshan.