The multinational team on the biggest Arctic research mission ever undertaken were prepared for problems from polar bear attacks to major snowstorms or even issues with building a runway on ice. 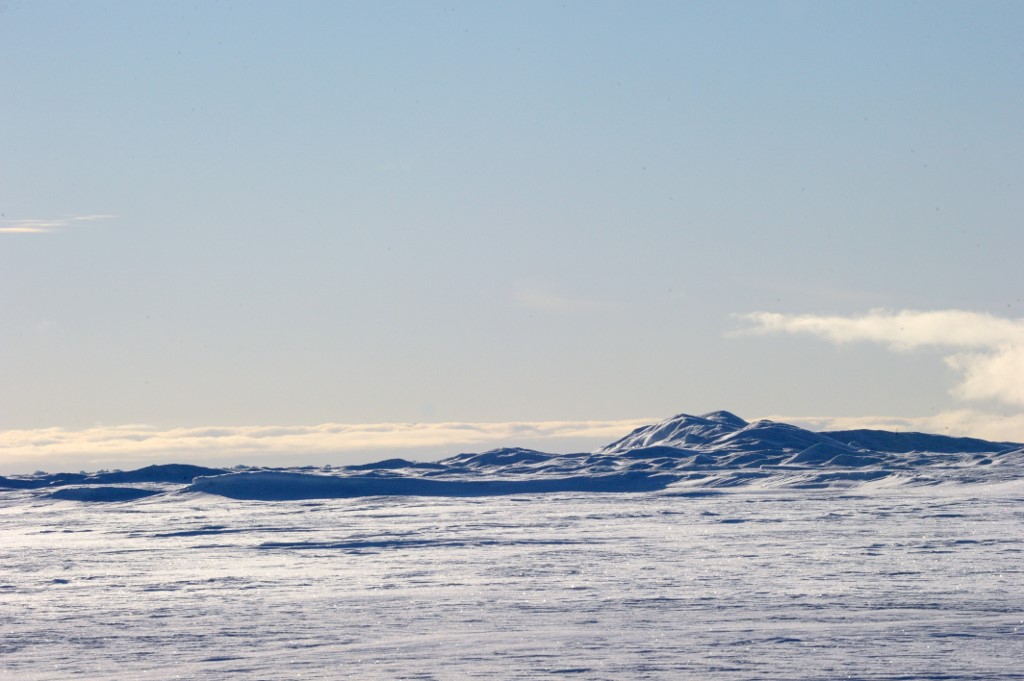 But never did they imagine that a pandemic might sweep across the world, posing a threat to their mission.

"We have many many different scenarios, alternative plans in store," Markus Rex, who leads the MOSAIC mission, told AFP by phone on his way to Spitsbergen, the main island on the archipelago of Svalbard.

"But to have a global pandemic of this scale, that was something we did not expect... We had to develop new plans very quickly."

With borders slamming shut as governments sought to limit transmission of the coronavirus, the team out on the mission was all but cut off.

A team had been due to be flown in April to relieve the scientists on the ice, but the plan had to be rethought.

After two months of delay, a new crew is finally en route to Spitsbergen on two vessels, which will then meet up with the icebreaker Polarstern to allow the newcomers to disembark and the current team to come onboard.

Among the group heading out to the field is mission chief Rex himself, a climatologist and physicist.

Keeping the virus out

The 390-day expedition began in September, with the icebreaker belonging to Germany's Alfred Wegener polar and marine institute departing to great fanfare from Norway.

The mission aims to study the atmosphere, ocean, sea ice, ecosystem and natural processes -- looking to build a picture of how climate change is affecting the region and the entire world.

Some 600 experts are involved in the biggest research project on the Arctic.

At the end of February, the icebreaker's drift took it to just 156 kilometres from the North Pole -- never before had a ship ventured so far north during the Arctic winter.

Experts from about a dozen countries were meant to fly to the Polarstern from Svalbard in April. But the closure of borders had grounded available planes.

After several hurdles, the team decided to bring the scientists as well as supplies by research ships to Spitsbergen.

The Polarstern will interrupt its research for several weeks to pick up the new crew.

But figuring out the logistics of the complicated personnel transfer was one thing, "our second difficulty: ensure that the virus does not get into the expedition," said Rex.

So crew members were put on a strict 14-day quarantine in Bremerhaven before they set off on the two research vessels.

Two hotels were exclusively booked out for that purpose.

To entertain themselves, the confined scientists sang the Beatles' "Yellow Submarine" from their windows, according to the Sueddeutsche Zeitung.

"Everyone was tested three times," said Rex, relieved that the mission on which he has spent 11 years of his life can continue.

On board the Polarstern, which has already endured 150 days of polar nights and temperatures as low as -39.5 degrees Celsius, scientists have seen the pandemic roll out from a distance.

"Many of them have families and tried to stay in as close contact as possible with them by satellite telephone," said Torsten Kanzow, who is currently on the ice-breaker.

Thankfully, the team have had no problems with their food supplies -- which are sufficient to last a few months.

If all goes well with the personnel transfer, Rex noted that at the end, there should not be too much impact on their research, beyond a short interruption on collection of some measurements while the Polarstern is on the way to meet up with the two research ships.

"There are automatic measuring devices at the research camp that are sending new data to us daily, that we're eagerly looking at every day.

"In an expedition that lasts 13 months, it's still fine to bear with an interruption of some measurements," said Rex.

The expedition will draw to an end on October 12.