WORLD VIRUS DIARY: She has her cake, but others can't eat it, too

VIRUS DIARY: She has her cake, but others can't eat it, too

When my birthday rolled around in June, I had to face the fact that, thanks to COVID-19, I would not be having cake with anyone. Yet I went ahead and made the cake I really wanted — a three-layer, naked strawberry chamomile cake. 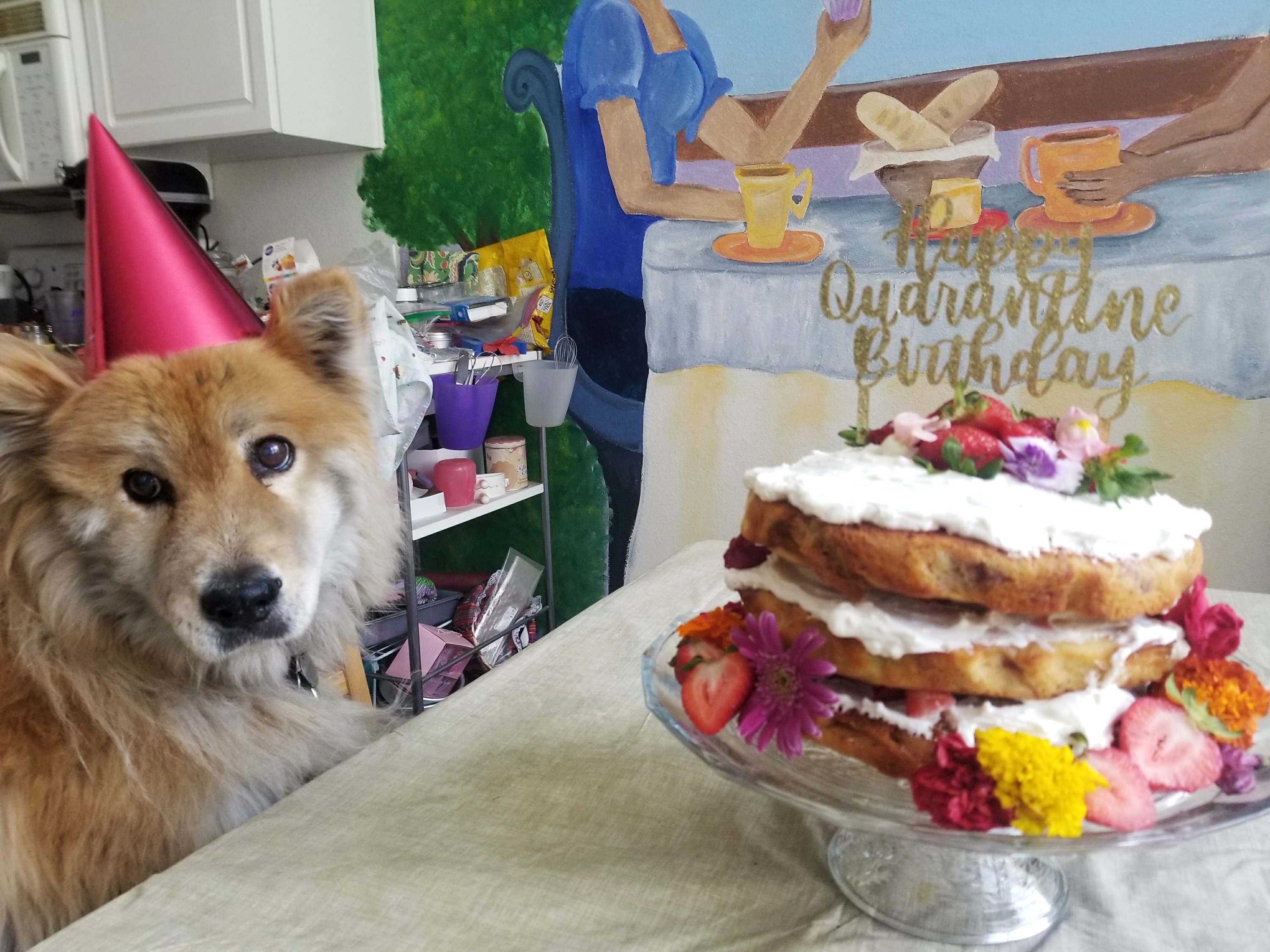 A dog named Penny sits next to a naked strawberry chamomile cake AP reporter Terry Tang made to celebrate her birthday in isolation during the COVID-19 pandemic in Phoenix, June 2020. (Photo: AP)

The whole time though, I asked myself: Why was I going to the trouble? Why did I buy a box of chamomile teabags to steep in cream for that perfect filling? Why did I feel the ridiculous need to find edible flowers for cake decorations? The only one who would be physically in the room was the dog. And Penny doesn't care how a cake tastes, let alone how it looks.

One of the great byproducts of this pandemic has been the number of people who suddenly discovered the star baker hiding inside of them. For me, it has been the opposite.

Coronavirus snuffed out what I most enjoy about baking — the sharing. Baking is as much a part of my identity as reporting. It's a currency I playfully barter with. It's how I show my sincerest appreciation. It's how I make friends in my community.

Every few months, I knock on the door of the Phoenix Fire Department station down the street from my home to offer homemade cupcakes or cookies. Sometimes it's a quick drop-off. Other times, it turns into a chat and a chance for me to ask them about their work. But it's been routine enough that there's at least one or two people on each crew who know me.

Now, there's a sign on the door that says "closed for public entry." And of course, I wouldn't attempt to give them anything even if I had worn the world's best PPE in the kitchen.

I also like to bring cupcakes to the staff at the place where I get my massages as a thank you. But I know they couldn't accept them, and I'm still too nervous to get a massage.

Knowing I will likely be working from home for the rest of the year, I can't help but feel sad at the traditions I will miss bringing to my newsroom.

At Halloween, I won't be making dark chocolate cupcakes with candy-melt spider webs. And I won't get to serve them in my spooky, eight-legged cupcake holders.

When election night arrives in November, I'm not going to show up with sugar cookies shaped like the United States and slathered with red and blue frosting (I make sure that even the baked goods can't be accused of media bias).

As for my birthday cake, I did parade it on a Zoom call with my family, who are all in the San Francisco Bay area. But then it became like one of those "mukbang" videos — the South Korean-grown trend of livestreaming oneself gorging on large amounts of food. Everyone was yelling "eat it" and requesting that I describe how it tasted. Not the birthday party I pictured.

There was one bright spot. I did end up finding a few friends who were willing to take some cake off my hands. It was too hot to eat outside with any of them, so I donned gloves to package each piece. I either placed it in front of their door like a hotel bellhop or quickly passed it to them like it was a hot potato.

Instead of watching their reactions when they ate my cake (half the fun for a baker), I got told how good it tasted via text.

I know this is trivial compared to what other people are going through because of COVID-19. But I am looking forward to a time when I can, in my own way, make life a little sweeter once again.