Virus fight ramps up in Asia 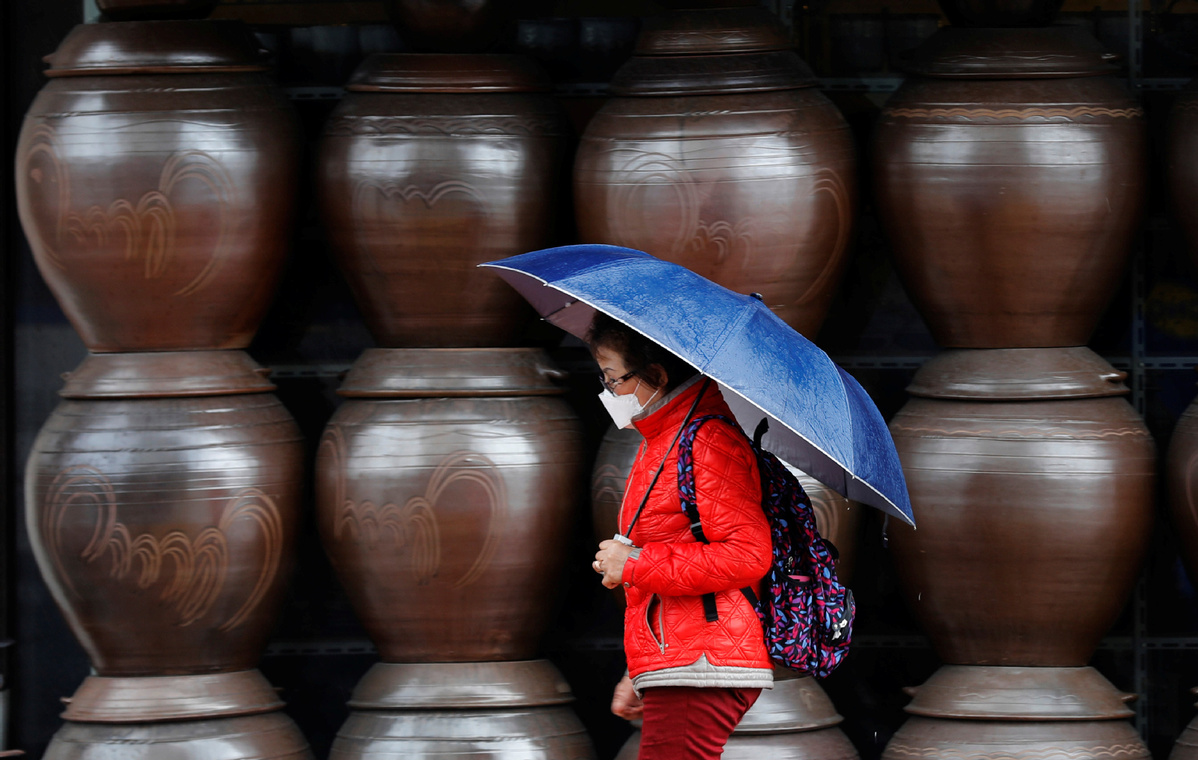 SEOUL－Asian countries are stepping up vigilance in their battle to halt the spread of the novel coronavirus, with measures such as aggressively targeting cluster infections and temporarily releasing prisoners.

In South Korea, a total of 242 additional infections were detected on Tuesday, the Korea Centers for Disease Control and Prevention, or KCDC, said, taking the total number of confirmed cases to 7,755. Also, three more people died, it added, taking the death toll to 60.

Tuesday's cases were far below the daily increase of 500 or more last week and marked the slowest one-day rise in confirmed cases in two weeks, Yonhap News Agency reported.

However, statistics showed that cases of community spread with unknown origins, mostly cluster and sporadic outbreaks, were gradually on the rise.

With at least 64 cases, a call center in southwest Seoul emerged as the biggest infection cluster on Tuesday, triggering concerns over potential mass transmission in the metropolitan area that is home to nearly half of the country's population.

A high-rise in the neighborhood of Sindorim was closed down and disinfected late on Monday after workers at a call center were confirmed as patients.

Meanwhile, the city government said it had created an emergency task force of 30 researchers to look into the outbreak and urged residents in the building to isolate themselves.

"Recently the number of total confirmed cases has shown a downward trend, but health authorities are worried over such cluster infections," Kwon said.

In Iran, another virus hotbed in Asia, authorities temporarily freed about 70,000 prisoners to combat the spread of the coronavirus in jails, the head of the judiciary said on Monday, as officials reported hundreds of new infections and dozens of more deaths across the country.

Judiciary chief Ebrahim Raisi said the release of prisoners would continue "to the point where it does not create insecurity in society", according to the Mizan news site.

Iran's Supreme Leader Ayatollah Ali Khamenei canceled his speech in the city of Mashhad for Persian new year, which is on March 20, as part of a campaign to prevent further infections, according to a statement on his official site.

Iran reported 881 new infections and 54 new deaths on Tuesday, taking the total number of cases to 8,042, with 291 deaths, the health ministry spokesman said.

Officials have expressed concern about the possibility of infections spreading during Nowruz, which marks the start of the Iranian new year, and when families usually travel to holiday spots around the country.

In Japan, the country's Cabinet approved a bill on Tuesday allowing Prime Minister Shinzo Abe to declare a state of emergency over the coronavirus outbreak if necessary.

Based on the bill, governors of prefectures could order residents to stay at home or request the closure of schools and other public facilities.

The bill also allows the government to use private land and buildings for medical purposes without obtaining consent from their owners.

The bill will be sent to the Lower House of the Diet for deliberation on Wednesday and is expected to be passed on Friday.

On Tuesday the government unveiled a second package of measures worth about 430.8 billion yen ($4.12 billion) in spending to cope with the fallout of the coronavirus outbreak, focusing on support to small and mid-sized firms, as concerns mount about risks to the fragile economy.

The government will tap the remainder of this fiscal year's budget reserve, worth about $2.6 billion, to help finance the package, Abe said.

On Tuesday, Japan also planned to ban the entry of travelers from abroad who have visited northern Italy, another virus hot spot, within the past 14 days.

Another ban announced on Tuesday is the resale of face masks. According to the country's economy ministry, reselling of face masks for profit will become a crime punishable by a one-year prison sentence or a 1 million yen fine, or both, amid surging demand spurred by the epidemic.