WORLD Virus-hit US cruise ship to dock in Oakland: reports

Virus-hit US cruise ship to dock in Oakland: reports 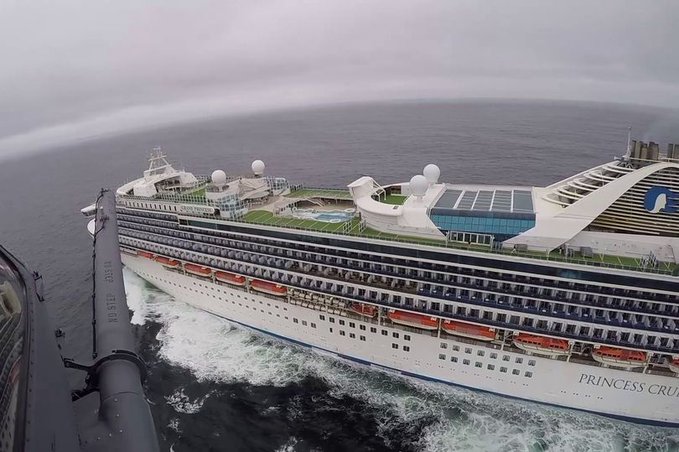 A US cruise ship stranded by a coronavirus outbreak off the coast of San Francisco will dock in Oakland, the vessel's owner said Saturday.

The Grand Princess cruise ship has recorded 21 COVID-19 infections on board -- 19 crew and two American passengers -- out of 45 people tested.

The vessel will begin disembarking guests in need of "acute medical treatment and hospitalization" from Monday, the Princess Cruises tour company said.

Instructions from the US Centers for Disease Control and Prevention had delayed earlier plans for the ship's arrival on Sunday, the company added.

"Guests who are California residents will go to a federally operated facility within California for testing and isolation, while non-Californians will be transported by the federal government to facilities in other states," Princess Cruises said.

The ship's crew will be quarantined and treated aboard the ship, the company added.

"It will take several days to disembark," Carolyn Wright, an American passenger on the ship told AFP, citing a message from the captain.

"I'm really happy there's finally a plan, I just wish we knew more as to what's going to happen to us."

The US government was setting up a command center at the Marriott Convention Center and deploying US Marshals to help with the operation, Reid said, according to the newspaper.

Vice President Mike Pence, who is in charge of the US government's response to the COVID-19 outbreak, said earlier that all 3,533 passengers and crew would be tested for the virus and quarantined if necessary.