A mixture of complacency, government bungling, poorly trained aged-care workers and a virus that shows no sign of retreating has created a perfect storm for the southern Australian state of Victoria. 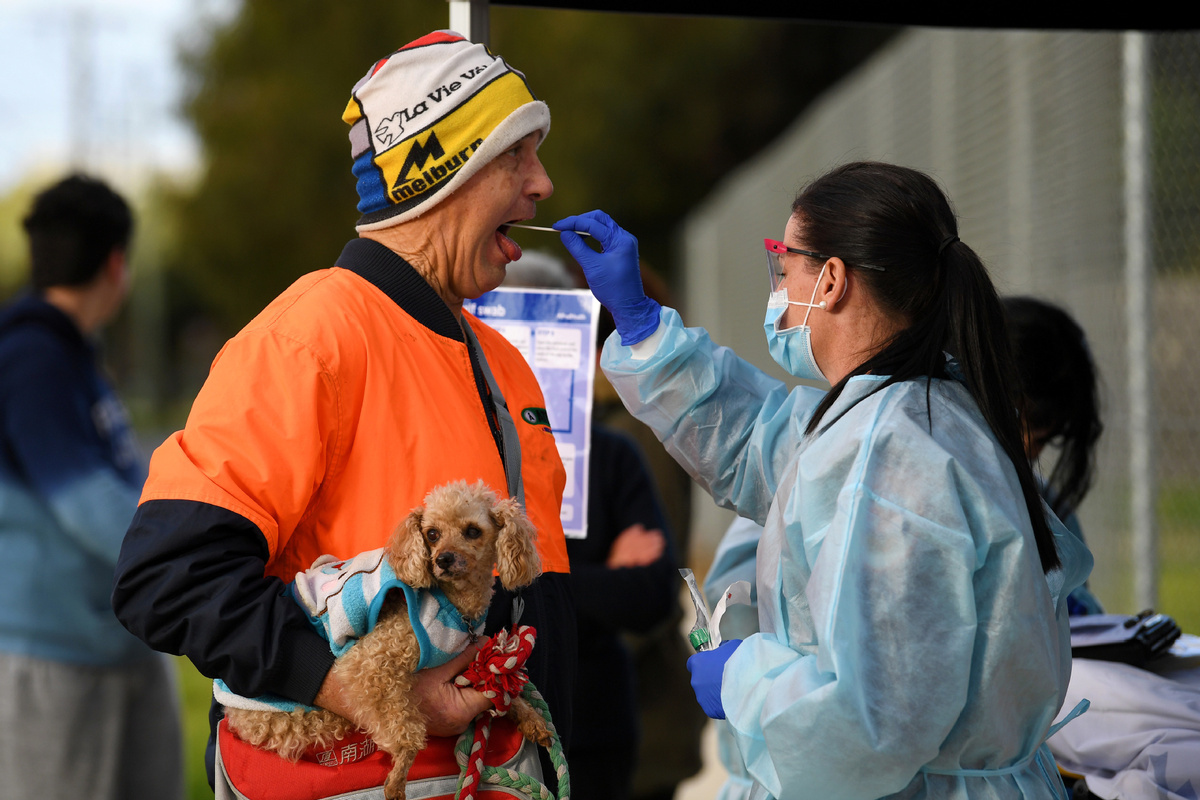 A medical professional administers a test to a member of the public at a pop-up coronavirus disease (COVID-19) testing facility, as the state of Victoria experiences a spike in cases, in Melbourne, Australia, June 26, 2020. (Photo: Agencies)

Locking down the state capital Melbourne and its 5 million inhabitants for the past three weeks has done little to stop the spread of the deadly coronavirus.

On Sunday, the state's premier, Daniel Andrews, declared a state of disaster, introduced the strictest curfew in the nation's history and sought extra military support from the federal government.

Having conceded that "so far everything the government has tried has failed", Andrews said the state will be closed for the next six weeks despite the economic and social costs.

Wearing face masks is now compulsory throughout the state, all schools are closed, people must remain in their homes, only one person per household can go shopping and exercise for one hour a day.

In Melbourne, the city is now under a curfew from 8 pm to 5 am, with exceptions for working people and medical workers.

The catalyst for the move was 760 cases detected over the weekend with unknown origins, meaning these are not linked to any known outbreaks or positive cases, making contact tracing impossible.

An infectious diseases physician of Australian National University Sanjaya Senanayake is hopeful the harsh new lockdown will be the circuit breaker needed to stop the rising number of mystery cases. "Even just one case by itself is a concern," he said.

"So, 700-odd (cases) is a real problem because it means there is a source of infection out there who is potentially, unknowingly, infecting others as we speak."

Professor Nigel McMillan said one of the problems is that the Victorian government did not get daily infection cases down to zero as in other states.

The program director for infectious diseases and immunology with the Menzies Health Institute in Queensland, McMillan said the government started to relax restrictions on June 1 when the caseload was down to around 10 infections a day. Restrictions were relaxed even more by June 22 when infections were 20-25 a day.

He said the state government had some issues with the way quarantine was run, which is currently under an official judicial review.

Media reports have alleged low-paid and untrained security staff had intimate contact with overseas travelers in a Melbourne quarantine hotel. Many of the travelers had arrived from overseas hot spots.

McMillan said the new measures announced by the government "may work".

"Many nonessential (in my view) industries still remain open. It's not a New Zealand or Wuhan-style lockdown by any means."

Federal Health Minister Greg Hunt has said the outbreak of the virus from the hotel quarantine program led to "catastrophic human outcomes", including the spread into aged-care staff.

Hunt said aged-care residents represented about 70 percent of the cases diagnosed in Victoria since July 1. There has been "major community transmission as a consequence" of that initial hotel breach, Hunt said.

An insecure, casual workforce has allowed the virus to spread. Aged-care workers often work across multiple facilities to make ends meet, and sometimes work while sick due to poor sick-leave entitlements and long-standing staffing pressures.

Workers acquired the virus in one facility, then spread it when they went to their next shift at another facility.

Andrews said complacency had been one of the main issues that led to the outbreak and its spread.

Liz Hanna, chair of the Environmental Health Working Group at the World Federation of Public Health Associations and honorary senior fellow at the Australian National University, said: "Second waves (of infections) are emerging within many of the initially 'COVID-successful' countries".

"This pandemic has laid bare our inadequacies to monitor, measure and prevent the spread of a zoonotic disease. Prevention includes not letting viruses get into the human population, by preventing exposures."

Worldwide confirmed cases have exceeded 18 million, with the death toll nearing 700,000 as of Monday, according to a tally kept by the Johns Hopkins University.