A growing coronavirus outbreak in Fiji is stretching the health system and devastating the economy. It has even prompted the government to offer jobless people tools and cash to become farmers. 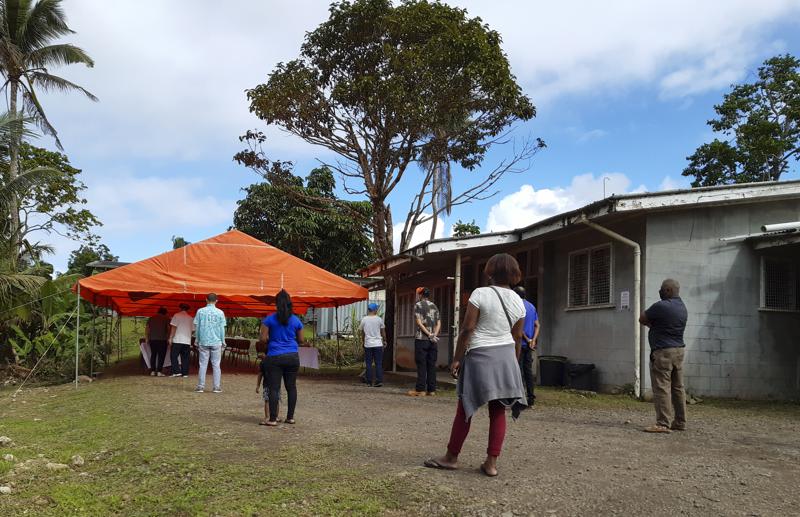 The Pacific nation got through the first year of the pandemic without any significant outbreaks and just two virus deaths.

But an outbreak of the highly contagious delta variant two months ago has grown to the point where Fiji is adding about 250 new cases each day.

The government has so far resisted calls for a lockdown, in part to try and protect an economy which had already shrunk by 19% last year after international tourism evaporated.

Nearly half of all jobs were connected to tourism in the island nation that's known for its white-sand beaches, clear water and welcoming people.

"Business-wise, it's very bad," said George Bernard, who owns a business servicing fire extinguishers. He fears life will never be the same. "I'm just trying to survive," he said.

A vaccination campaign is in full swing but has been hindered by misinformation that vaccines are unsafe or even evil. So far, about 29% of the population of just under 1 million have gotten their first dose, while 2% have been fully vaccinated.

Bernard, who has heard some of the rumors, said he is in no rush to get vaccinated. "Sometimes, I have second thoughts," he said.

Nazia Hussain has been selling vegetables from her roadside stall, and she uses some of the profit to help her family members who lost their jobs at supermarkets and stores in the capital, Suva.

"I have been doing this so I can save some money to do some shopping for my family," she said. But business had been slow, and people had little money to spend.

Hussain said she'd believed the vaccine was a good thing and had taken the jab herself.

Fiji's government has delivered nearly 40,000 packages of food rations to people who have been isolating at home or are in targeted lockdown areas. It has also allowed people to spend money early from their retirement savings.

A new program starting next month offers people who have lost their jobs and have access to rural land about $200 worth of tools, planting materials and cash.

"Applicant must be an aspiring crop farmer with an intention to take on full-time farming as a core activity," the program states.

During the current outbreak, 15 people have died and nearly 7% of those being tested are testing positive, indicating the virus is continuing to spread. Australia and New Zealand have sent vaccines, money and medical teams to help Fiji's overburdened health system.

Fiji's government has directed people in some areas, including Suva, to stay home and only go out for essential purposes. It has also imposed a nighttime curfew.

James Fong, the country's permanent secretary for health, told reporters that a complete, nationwide lockdown would spark a socio-economic catastrophe in Fiji.

But many worry that will happen anyway if the outbreak isn't brought under control.

"Our numbers are going through the roof now. We must unite against this virus," wrote Fred Wesley, the editor-in-chief of the Fiji Times. "Together Fiji! United we must stand!"