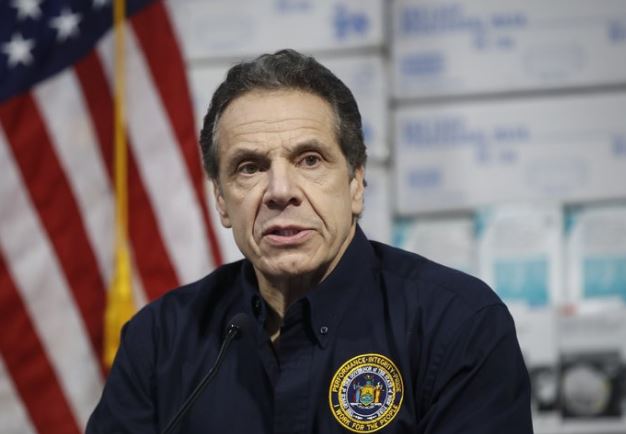 The despair wrought on nursing homes by the coronavirus was laid bare Friday in a state survey identifying numerous New York facilities where multiple patients died over the past few weeks.

Nineteen of the state’s nursing homes have each had 20 deaths or more linked to the pandemic, the report said.

One Brooklyn home reported having 55 deaths. Four homes, in the Bronx, Queens and Staten Island, were listed as having more than 40.

The survey’s release came after days of news media reports about homes so stricken by the virus that bodies had to be stacked inside storage rooms while families struggled to get information about isolated loved-ones.

The list was far from complete. It was based on a survey sent by the state asking for details. Nursing homes had until 2 p.m. Thursday to respond.

“We only know what they tell us,” Gov. Andrew Cuomo said.

Through Tuesday, at least 2,477 nursing home patients have been killed by the virus in New York, according to state figures. That amounts to about one in five of the state’s virus-related fatalities. In Connecticut, nursing home residents account for 375 of the state’s 971 virus deaths.

Until this week, officials in several states had declined to identify nursing homes with deadly outbreaks, saying patients deserved privacy or citing challenges in determining whether some extremely frail patients had died of the virus, or other causes.

Many nursing home administrators also declined to release information, prompting New York Gov. Andrew Cuomo to say this week that the state would begin requiring facilities to inform patients and their families within 24 hours if a resident got the virus or died.

Some nursing homes have disclosed information voluntarily that differed from the numbers put out by the state Friday.

The state survey listed 10 deaths at the Montgomery Nursing and Rehabilitation Center, about 50 miles north of New York City, but facility vice president Vincent Maniscalco told The Associated Press 21 residents have died recently. Eight of those patients, he said, had symptoms consistent with the virus but died prior to being tested.

“It’s been a very trying time for the staff, to lose residents they care for day in and day out,” Maniscalco said.

With visitors barred from nursing homes to try to keep the infection out, many of those patients have died with only the facility’s workers to comfort them.

“When somebody passes away, they celebrate a resident’s life,” Maniscalco said.

Nursing homes have been known since the earliest days of the outbreak as a likely trouble spot. A home in Washington state lost 43 residents early in the virus’s spread into the country.

Yet even with that early warning, many nursing homes remained without adequate supplies of personal protective equipment. Testing for residents and staff remains spotty, at best.