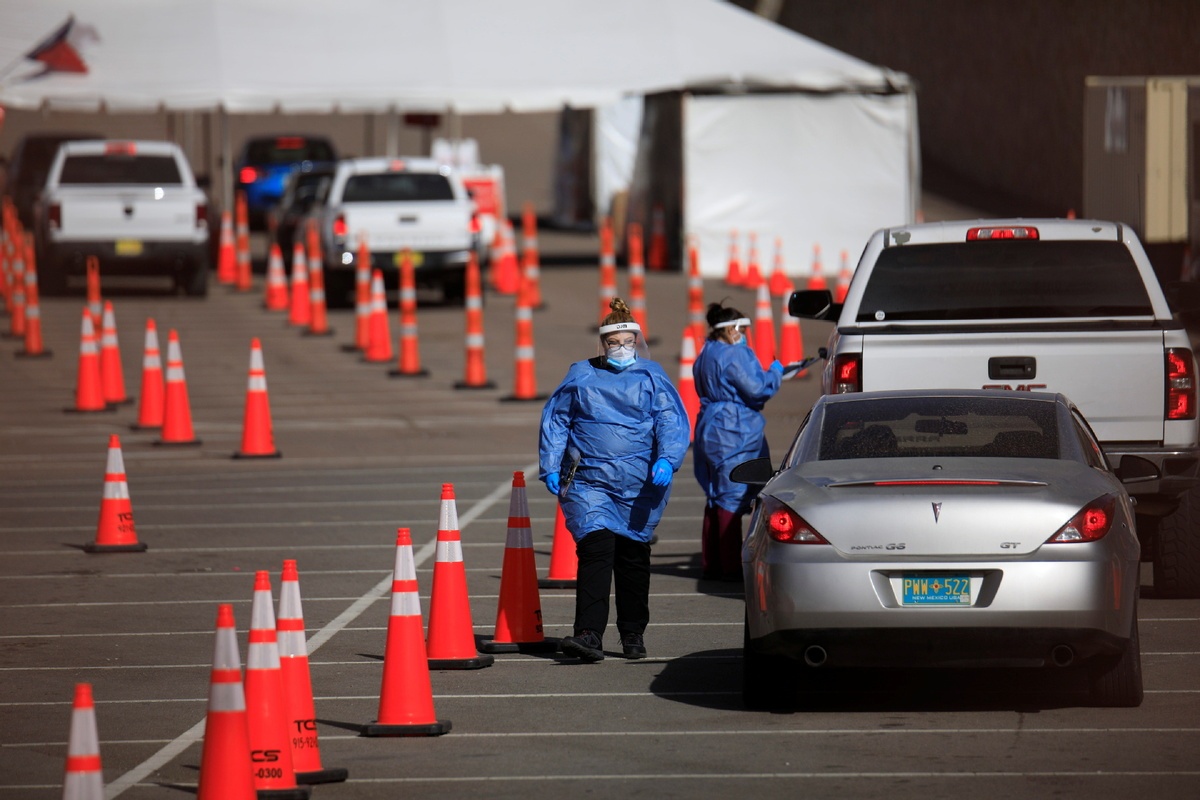 WASHINGTON－The coronavirus has hit another sobering milestone with more than 50 million confirmed cases worldwide since the pandemic began, and the United States is fast becoming the first country to record 10 million cases.

Johns Hopkins University's coronavirus tracker reported over 50.4 million COVID-19 cases globally as of Sunday. More than 1.2 million people have died from the disease since the pandemic started in late 2019.

The US, with about 4 percent of the world's population, represents almost a fifth of all reported cases. The country has had 9.97 million infections and more than 237,000 deaths from the virus, according to the data from Johns Hopkins University in Maryland.

In the past 10 days, the US has reported about 1 million cases, the highest rate of infections since the nation reported its first coronavirus case.

The last reported seven-day average of daily cases, at 105,600, marks a jump of at least 29 percent from the prior period. The figure exceeds the combined daily average for India and France, two of the worst affected countries.

The number of reported deaths nationwide climbed by more than 1,000 for a fifth consecutive day on Saturday, a trend last seen in mid-August, according to a Reuters tally.

Health experts said deaths tend to increase four to six weeks after a surge in infections.

Much as in the US, the number of COVID-19 cases and deaths are rising in many countries, placing more pressure on governments to curb the spread.

In Italy, the governor of an autonomous Alpine Province famed for its ski resorts has declared it a "red zone", shutting down as of Monday most nonessential shops, barring cafes and restaurants from serving meals and forbidding residents to leave their towns except for essential reasons like work.

"We could add 100 ICU beds," the governor said. "But we can only hold up to a certain point". He noted that the province needed more doctors and nurses.

Bolzano Province joins the northern regions of Lombardy, Piedmont and Valle d'Aosta, a small Alpine region, as so-called red zones in Italy. Calabria, the southern "toe" of the Italian mainland, is also under strict measures in view of its fragile public hospital system.

In Algeria, the health of President Abdelmadjid Tebboune, who contracted COVID-19, is "constantly improving" and he is "in the process of completing his treatment", the presidency said on Sunday in a statement.

Tebboune, 74, has been treated in a specialized hospital in Germany since October 28.

In a separate statement released later on Sunday, Tebboune conveyed his "sincere thanks to the people" for their interest in his condition, according to the presidency.

He also expressed thanks to leaders and governments of other countries for their messages of support, it said.

Algeria's government on Sunday moved to strengthen measures to combat the spread of the virus in the country, extending a curfew already in place in 20 of the North African country's 48 regions to a further nine areas.