WORLD Visa ban does not help in saving US jobs, say industry insiders

Visa ban does not help in saving US jobs, say industry insiders

New regulations seen as impediments to workers recovering along with economy

US President Donald Trump's executive order to suspend certain work visas to protect US jobs amid the novel coronavirus pandemic is counterproductive and only advances his anti-immigration agenda, industry insiders say. 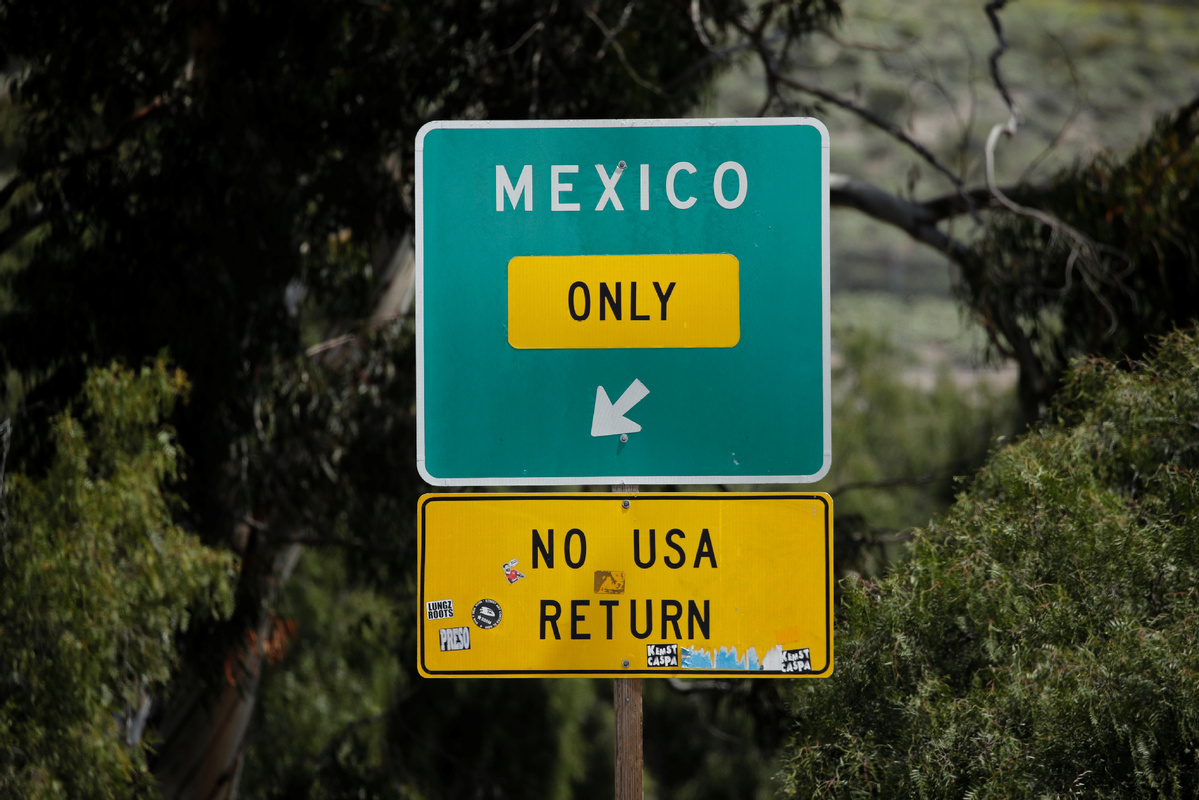 A traffic sign at the US-Mexico border is seen after US President Donald Trump tweeted that he will be signing an Executive Order to temporarily suspend immigration into the United States during the outbreak of the coronavirus disease (COVID-19) in San Diego, California, US, April 21, 2020.([Photo/Agencies)

The order, which went into effect on Wednesday, extends Trump's earlier order in April through the end of this year and expands it by imposing new restrictions on a variety of work visas, covering jobs from technology professionals to seasonal workers.

The Trump administration said the measure will free up half a million jobs for US workers displaced by the pandemic. Both orders cited similar reasons: "protect" jobs for US workers "in an environment of high domestic unemployment and depressed demand for labor".

The latest move restricting visas was hailed by Trump's supporters who advocate reduced levels of immigration.

Dan Stein, president of the Federation for American Immigration Reform, said in a news release that Trump did what he promised: to put US workers first. But he said that the continued immigration and guest worker admissions are "an impediment to American workers recovering along with the economy".

"The argument that this saves US jobs doesn't hold," said Julie Pearl, CEO of the Pearl Law Group in San Francisco. "H-1B visas represent only 2.9 percent of US workers, yet they have a disproportionate impact on innovation. They are involved in one-in-four patents."

The H-1B visa program, designed for foreign high-skilled workers, is particularly popular in the technology industry. It is also the largest visa program among those affected by the new order.

"These visa holders are proven to lift the earnings of all workers around them," Pearl said. "At the very time when US workers need income growth, we are cutting off their oxygen by eliminating the very people who supply it."

Recent research by the National Foundation for American Policy showed a correlation between an increase in H-1B visa holders and the earnings growth for all workers in that field, she said.

Over the past few years the Trump administration has taken a series of measures to crack down on the H-1B program, which technology industry leaders said has harmed their efforts to recruit for positions that do not have a strong applicant pool among US citizens.

The 2019 annual STEM survey by Emerson, a technology and engineering company in Missouri, shows that only 39 percent of US citizens have felt encouraged to pursue science, technology, engineering and mathematics careers as industries continue to report they cannot find individuals with the skills required for today's advanced workplaces.

The immediate impact of the visa restriction on technology workers means US companies will move these talented people to nearby countries like Canada, where they will build teams and contribute tax dollars to their economy, Pearl said.

Now that companies have proven they can work remotely, they will move foreign talent to desirable cities like Vancouver or Toronto which beckon with Pacific and Eastern time zones and welcoming policies, she said.

The idea that restricting immigration will protect US jobs while the economy recovers from the pandemic is pushed back by immigration experts and advocates as well.

"Suspending work authorizations for H-1B high skilled tech workers and foreign graduates of US universities has no relationship to the unemployment situation at all," said David Bier, an immigration policy analyst for the Washington-headquartered Cato Institute, in an article for The Hill. "It's low－and mid-skilled workers losing their jobs in certain industries, not tech workers."

The US food and hospitality industries have been relying on immigrants because the employers cannot find enough US citizens to fill the lower-paid jobs.

"Overall, 3.8 million immigrants make up more than one in five workers in the US food sector. They are among the essential workers who leave the safety of their homes to handpick fresh vegetables and fruits, process meat and seafood, stock shelves with groceries, and deliver food to people's doorsteps," said a report in April by the New American Economy, an immigrant advocacy organization in New York.

Research last year by Florida State University said that the hospitality industry pays the lowest wages across the US. Research by the National Immigration Forum said that immigrants are 1.4 times as likely as US-born workers to be employed in the leisure and hospitality sector.

In an article on US farm labor shortage published in 2019, Zippy Duvall, president of American Farm Bureau, wrote that farms and ranches in every state "try to hire American workers, but there are not many takers and those who do take farm jobs often quit before the season is over".

By quickly filling the least desirable jobs, immigrants "grease the wheels of the economy", allowing production to resume much faster, which opens up more desirable jobs for US citizens, Bier said.

"This latest effort is economically baseless and counterproductive. He (Trump) is seizing the opportunity to accomplish what he has long promised: ridding the country of foreign workers."

The anti-immigrant policies, including bans and restrictions on asylum seekers, Chinese students and academics, green card holders and foreign workers, are Trump's "intentional and orchestrated tactic" to deflect attention away from his "epic mismanagement of the worst public health crisis" in US recent history, said Cynthia Choi, co-executive director of Chinese for Affirmative Action.

"From day one, his hateful diatribes have been matched by an entire policy agenda built upon punishing immigrants and protecting white supremacy."