Visa restrictions on Chinese students hurtful to US universities: professor 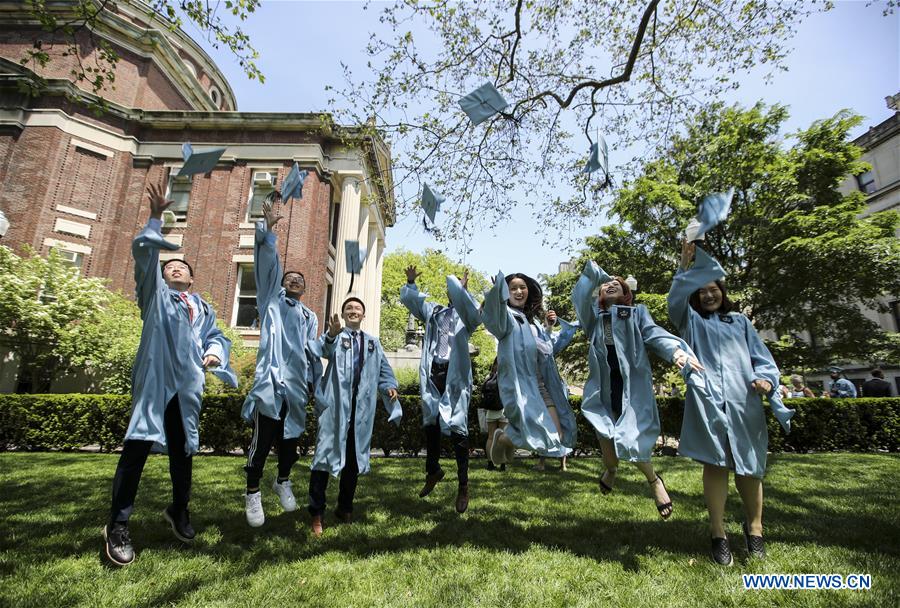 Graduate students from China pose for photos on campus after the Columbia University Commencement ceremony in New York, the United States, May 22, 2019. (Photo: Xinhua)

The US restrictions on visa applications among Chinese students will have negative impacts on US universities both scholarly and financially, a US professor has said.

The increased level of scrutiny has created a real sense of apprehension among many Chinese students and scholars currently in the United States, Jon R. Taylor, a political science professor with the University of St. Thomas in Houston, US state of Texas, told Xinhua in a recent interview.

Taylor added that he is deeply concerned over the situation.

China's Ministry of Education on Monday issued an official warning to US-bound Chinese students about potential risks they may encounter.

Taylor believed longer wait times for visas will discourage many Chinese students from attending American universities, and they are likely to apply to Canadian, Australian and European universities.

The reduced number of Chinese undergraduate and graduate students will cause academic and economic impact on US universities, according to Taylor.

"This will have a two-fold impact: the loss of visiting Chinese scholars who can and do provide important research as well as the loss of an important revenue source for a number of US universities," said the professor.

As someone who has participated in many academic and educational exchanges, Taylor attested to their great importance for China-US relations.

"These (US-China educational) exchanges encourage the free-flowing exchange of scholarly research, the fostering of academic collaboration, the development of university-to-university relations, the cultivation of personal connections and friendships, and the promotion of greater cultural understanding," he said.

According to Taylor, using students and scholars as pawns against China will have profound negative impacts.

"It could likely lead to diminished cooperation and collaboration in a number of areas of scholarly research. And that could lead to long delays in disseminating important findings that could help us to understand or solve a host of issues confronting the world today," he said.