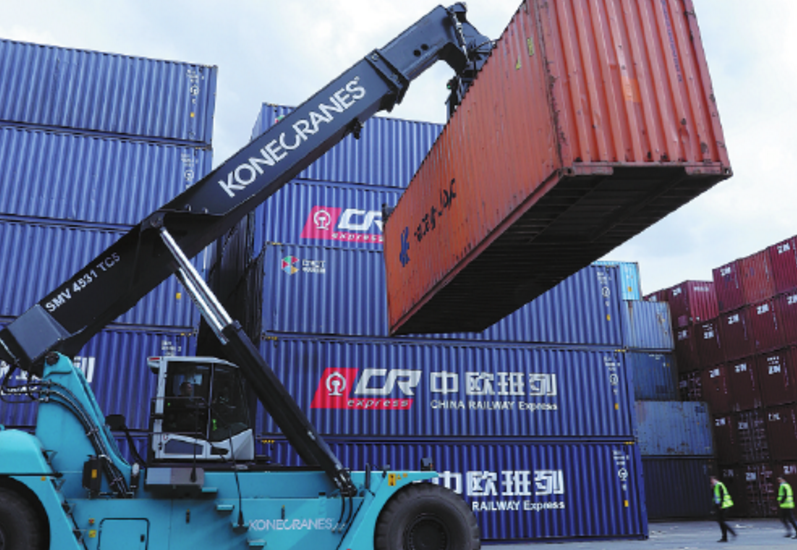 China Railway Express helps the volume at the Port of Duisburg to grow by 30 percent in 2017, making it the fastest-growing port in Germany. [Photo/Xinhua]

Shi made the remarks shortly before Li's trip, during which he will also attend the fifth round of intergovernmental consultations between China and Germany.

He said since the establishment of the all-dimensional strategic partnership in 2014, the two countries have witnessed strong momentum in bilateral ties over the past four years.

The partnership covers economic, trade, science and technology, and education ties, among other areas, Shi said. It also includes discussions on maintaining global peace and stability.

More importantly, they are both willing to engage in in-depth discussions on some far-reaching topics such as international order and multilateral systems, he said.

On how to further push mutually beneficial cooperation between China and Germany in the future, Shi said the two sides should promote pragmatic cooperation in at least three areas－in further opening-up to each other, strengthening cooperation in science and technology, and exploring new areas of cooperation.

This shows that investment and acquisitions by Chinese companies are not threats to Germany, but instead offer greater potential for growth. China is willing to continuously encourage Chinese companies to invest in Germany to promote two-way opening-up and investment, he said.

In addition, the 16+1 platform comprising China and the 16 countries of Central and Eastern Europe is open and inclusive, and has always been carried out under the framework of China-EU relations and relevant EU laws and regulations. EU representatives could be invited to attend important events under the 16+1 framework, Shi said. 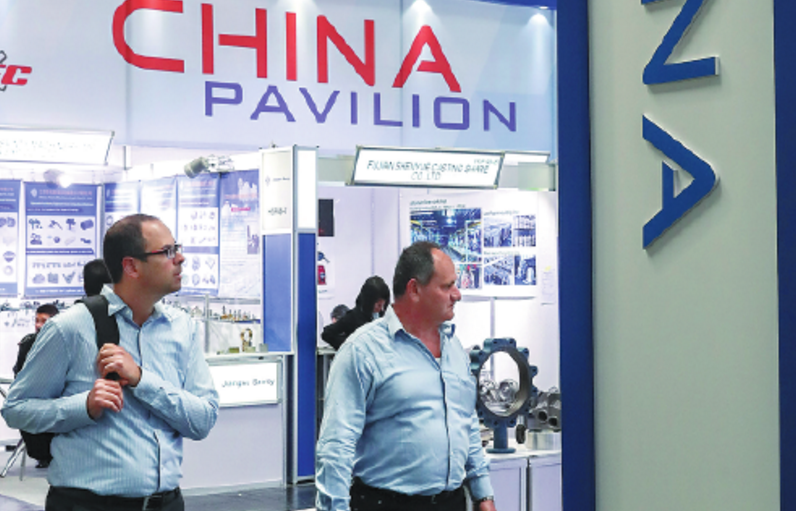 China's cooperation with CEE countries is based solely on the comparative advantages and market needs of both sides. China has no intention to use the 16+1 platform as a geopolitical tool to split the EU, he said.

On the contrary, Shi added that 16+1 is conducive to narrowing the internal development gap in Europe, achieving balanced development in Europe and contributing to the acceleration of the continent's integration.

In a world of growing uncertainties, China and Europe see their interests aligned.