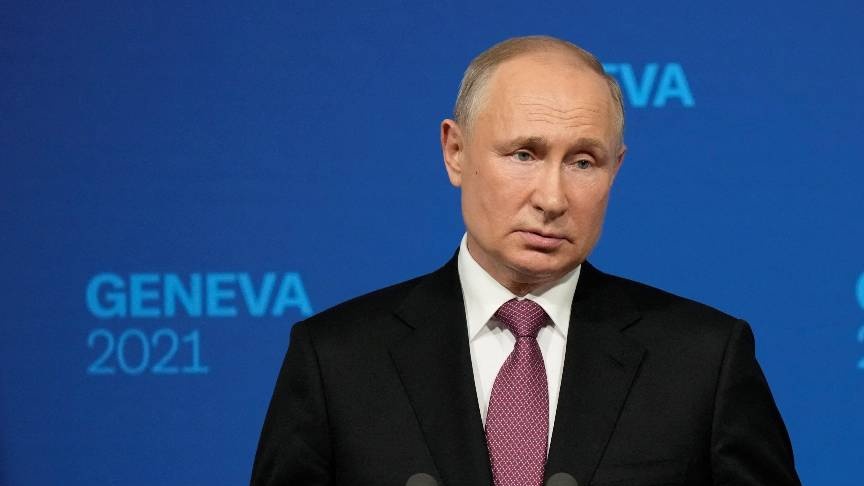 After leaving the talks, Putin said "the conversation was absolutely constructive."

The scheduling of separate news conferences meant there was none of the joviality that accompanied a 2018 meeting between Putin and Biden's predecessor Donald Trump, but both leaders were keen to point out that the talks were not hostile or conducted in a "hyperbolic atmosphere."

Biden, who began his news conference later, reiterated that it was "important to meet in person" and that both he and Putin had a responsibility to find solutions where possible.

Putin, who was first to brief reporters, said the meeting had been constructive, without hostility, and had shown the leaders' desire for mutual understanding. He also said Russia and the U.S shared responsibility for nuclear stability and would hold talks on possible changes to their recently extended New START arms limitation treaty.

The Russian leader sounded hopeful on a possible prisoner exchange, stating there "may be compromises" to be had with the U.S. government, adding that he saw a "glimpse of hope" for mutual Russia-U.S. trust going forward.

Both sides had said in advance that they hoped for more stable and predictable relations, even though they were at odds on various topics from arms control and cyber-hacking to election interference and Ukraine.

On cybersecurity, Putin said the U.S. had requested information on 10 separate cybersecurity incidents from Russia, and that Washington had received "exhaustive" answers in all cases.

"Russia sent 45 such requests to the United States last year and 35 this year. And we have not received a single answer," Putin said. "The largest number of cyberattacks in the world are carried out from the U.S. [cyber]space."

Putin confirmed that both sides had "reached an agreement in principle" to launch expert analysis of cyberattacks and where they come from for the benefit of both sides. Biden explained further that the group would be tasked with defining what was off limits and investigating specific cases. The Americans have given Putin a list of 16 areas, including water and electricity supply, that they see as part of their vital infrastructure.

The future of jailed Kremlin critic Alexei Navalny has drawn international attention and Putin was asked about his safety and threats against opposition politics in Russia.

Putin was clear that Navalny ignored the law when he violated the conditions of a suspended sentence by flying to Germany for treatment after a near-fatal poisoning attack last year.

"This person knew that he was breaking the law in Russia," Putin said after the summit meeting.

'Who is the killer?'

U.S.-Russia relations reached a low-point in March when Biden said he thought Putin was a "killer," prompting Russia to recall its Washington ambassador for consultations. The U.S recalled its ambassador from Moscow in April.

When asked about Biden's statement, Putin asked "who is the killer?" according to translations of his comments.

"People are shot and killed every day [in the U.S.]. You don't have a chance to open your mouth and you're shot dead," he added.

Relations between Moscow and Washington have been deteriorating for years, notably with Russia's 2014 annexation of Crimea from Ukraine, its 2015 intervention in Syria, and U.S. charges – denied by Moscow – of meddling in the 2016 election that brought Trump to the White House.