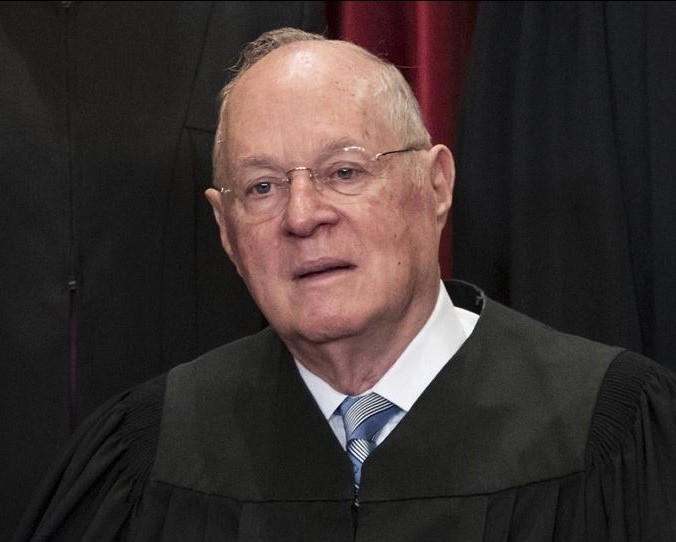 In this June 1, 2017, file photo, Supreme Court Associate Justice Anthony M. Kennedy joins other justices of the US Supreme Court for an official group portrait at the Supreme Court Building in Washington. The 81-year-old Kennedy said Tuesday, June 27, 2018, that he is retiring after more than 30 years on the court. (File photo: AP)

Washington (People's Daily) - US Supreme Court Justice Anthony Kennedy said on Wednesday that he plans to retire July 31, which will give US President Donald Trump the opportunity to put another conservative into the nine-seat top judiciary body.

Kennedy, citing his decision to spend more time with his family, has served in the Supreme Court for three decades. Though generally viewed as one of the five conservatives on the bench, Kennedy is widely known for being a swing vote on several major topics.

In a series of ideologically tense votes, such as abortion, gay marriage rights, and death penalty, Kennedy has sided with more liberal-minded Supreme Court justices. In 2015, Kennedy wrote the landmark ruling that legalized same-sex marriage nationwide. Kennedy’s ruling record has won him the reputation as the most centrist among the nine justices.

It is expected that President Trump’s pick to succeed Kennedy will not resemble his predecessor in any way. According to USA Today, Trump immediately assembled a group of 25 nominees early Wednesday morning, and assured reporters in the Oval Office, “It will be somebody from that list.”

“Hopefully, we will pick someone who is just as outstanding,” Trump said.

Last year, soon after taking office, President Trump selected Neil Gorsuch as a successor to former Supreme Court Justice Antonin Scalia. Since then, Gorsuch has become one of the most conservative justices. Before Trump’s Gorsuch nomination, Republicans in the Senate blocked former US President Barack Obama’s pick and left a vacancy on the Supreme Court for more than a year – which was an unusual occurrence.

On Wednesday, Republicans and Democrats in the US Senate started their discussions after Kennedy’s announcement. Senate majority leader Mitch McConnell said that his chamber stands ready to fulfill its constitutional role by “offering advice and consent” on President Trump’s nominee to fill this vacancy. “We will vote to confirm Justice Kennedy’s successor this fall.”

Democrats are firm in their opposition to block any succession attempt before the November midterm elections. Senate minority leader and Democrat Chuck Schumer said that Senate Republicans should follow the rule they set in 2016 not to consider a Supreme Court nominee during an election year.

“Sen McConnell would tell anyone who listened that the Senate had the right to advise & consent, & that was every bit as important as POTUS’ right to nominate,” Schumer tweeted on Wednesday.

For the moment, Republicans have a two-seat majority in the Senate, which means that if they remain united they can overcome any Democratic opposition.

“I’m very honored that he chose to do it during my term in office because he felt confident in me to make the right choice and carry on his great legacy,” Trump said during a rally in North Dakota on Wednesday night.

Conservative circles have been eyeing Kennedy’s seat for years. Some believe that a firm conservative majority on the court could overturn the landmark 1973 ruling of Roe v. Wade that legalized abortion nationwide. As reported by Reuters, Trump’s list was assembled with input from conservative activists.

Taking all these facts into consideration, legal experts believe Kennedy’s decision yesterday will have a generational impact.