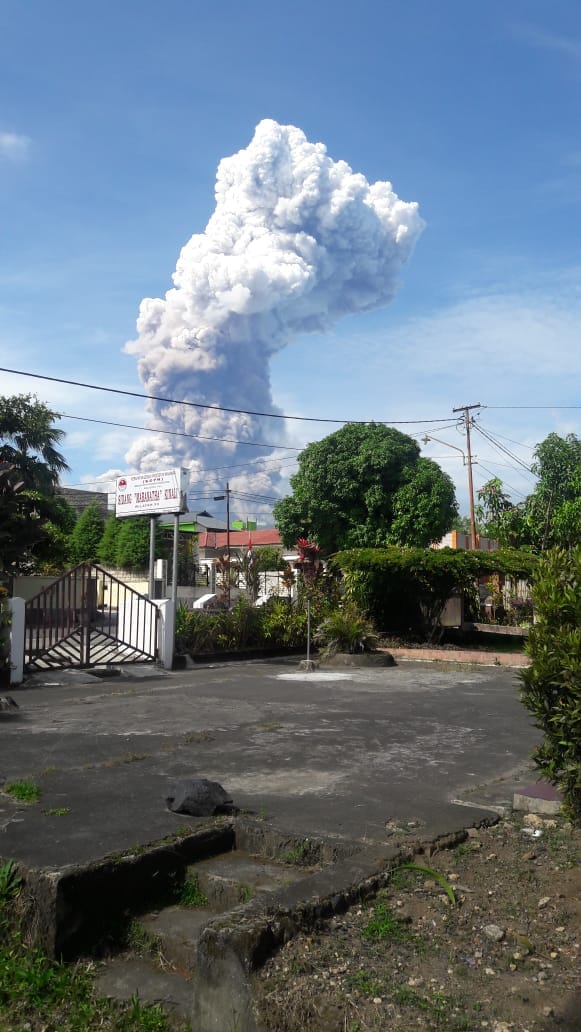 A column of volcanic ash reportedly reached as high as 4,000 meters.

The agency said on its Twitter account that areas outside a radius of four kilometers of the crater are safe.

Residents living near rivers whose upstream are around the flank of the volcano were warned to exercise caution, particularly during rain, over the risk of fast-moving flows of cool lava, the spokesman said.