La Soufriere volcano on the eastern Caribbean island of St. Vincent erupted on Friday after decades of inactivity, sending dark plumes of ash and smoke billowing into the sky and forcing thousands from surrounding villages to evacuate. 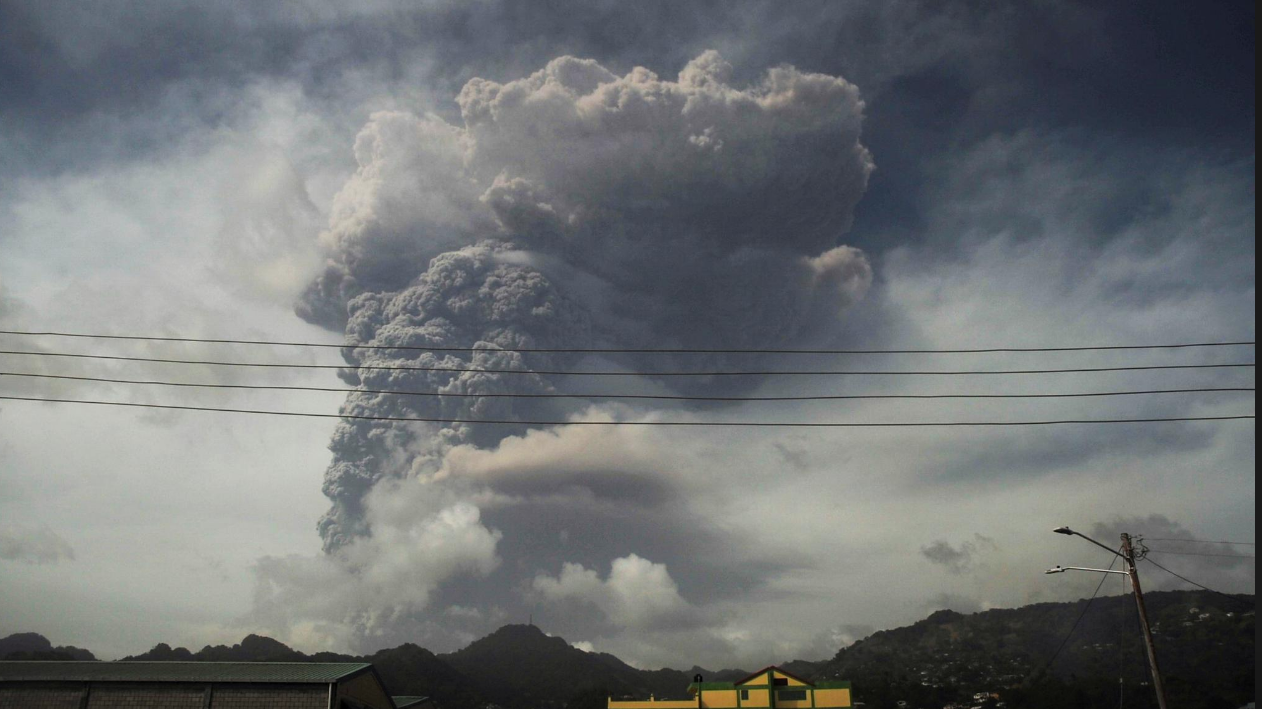 Ash and smoke billow as the La Soufriere volcano erupts in Kingstown on the eastern Caribbean island of St. Vincent, April 9, 2021. (Photo: Agencies)

Dormant since 1979, the volcano started showing signs of activity in December, spewing steam and smoke and rumbling away. That picked up this week, prompting Prime Minister of St. Vincent and the Grenadines Ralph Gonsalves to order an evacuation of the surrounding area late on Thursday.

Early on Friday it finally erupted. Ash and smoke were said to plunge the neighboring area into near total darkness, blotting out the bright morning sun.

Smaller explosions continued throughout the day, said Erouscilla Joseph, director at the University of the West Indies Seismic Research Center, adding that this kind of activity could go on for weeks if not months.

"This is just the beginning," she said.

St. Vincent and the Grenadines, which has a population of just over 100,000, has not experienced volcanic activity since 1979, when an eruption created approximately $100 million in damages. An eruption by La Soufriere in 1902 killed more than 1,000 people. The name means "sulfur outlet" in French.

Some 4,500 residents near the volcano had evacuated already via ships and by road.

"The ash plume may cause flight delays due to diversions," the center said on Twitter. "On the ground, ash can cause discomfort in persons suffering with respiratory illnesses and will impact water resources."

Local media have in recent days also reported increased activity from Mount Pelee on the island of Martinique, which lies to the north of St. Vincent beyond St. Lucia.