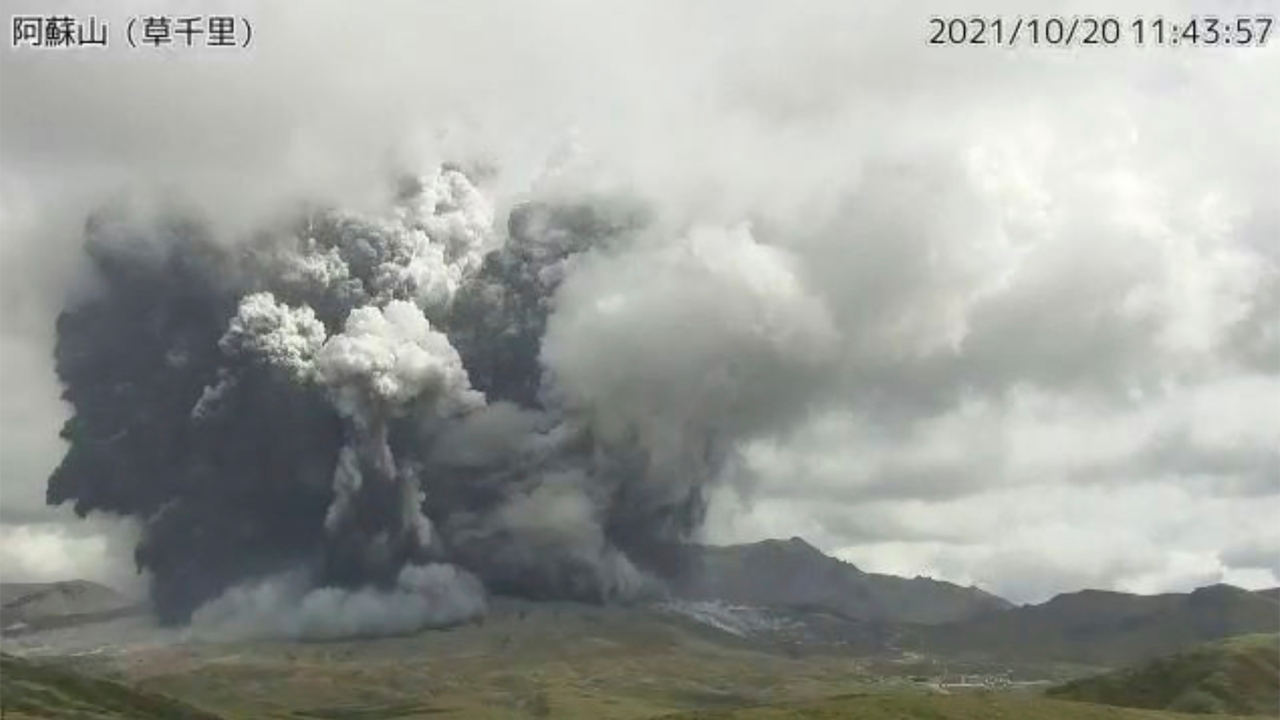 Chief Cabinet Secretary Hirokazu Matsuno told reporters in Tokyo that no injuries have been reported so far and that local authorities are working to determine whether there are any climbers still on the mountain.

According to the JMA, the eruption occurred at 11:43 a.m. local time at the No. 1 Nakadake crater, with smoke billowing out of the peak in Kumamoto Prefecture.

Volcanic ash has blown more than 1 km from the crater and reached a height of about 3,500 meters, and pyroclastic flows could occur in areas within about 2 km, the JMA said.

The agency raised the volcanic alert level of Mt. Aso to 3 on a scale of 5, calling on people not to approach the mountain and to be on the alert for large cinders.

Mt. Aso had erupted several times in the past and caused some death cases. In 2016, a blast sent volcanic fumes as high as 11 km above sea level.