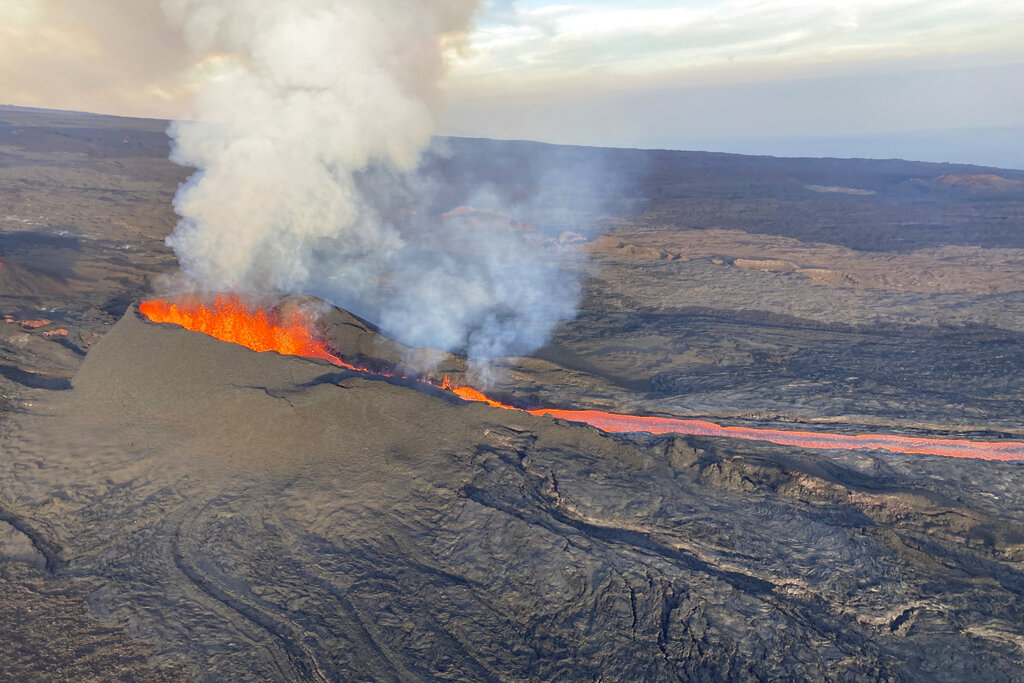 In this aerial image provided by the U.S. Geological Survey, fissure 3 is seen erupting on the Northeast Rift Zone of Mauna Loa on the Big Island of Hawaii, Dec. 7, 2022. (Photo: AP)

The eruption of Mauna Loa, the world's largest volcano, has paused "probably permanently" and there is no historical precedent for an eruption in Mauna Loa's Northeast Rift Zone pausing and restarting, HVO Scientist-In-Charge Ken Hon said in a Tuesday briefing.

"We feel pretty confident that this eruption has in fact paused and is probably over," Hon said.

Mauna Loa's smaller neighbor, Kilauea's eruption stopped at almost the same time as the Mauna Loa eruption, said Hon, adding the HVO would be combing through data to determine whether there is a greater connection between the two eruptions. Kilauea's eruption in 2018 destroyed more than 700 residences.

The Mauna Loa eruption produced somewhere between 200 million and 250 million cubic meters of material, which Hon said was about one-fifth of the material produced during the 2018 Kilauea eruption.

Before the eruption, the 4,169-meter-tall Mauna Loa volcano had been rumbling more and more in recent months. The last time Mauna Loa erupted was in 1984.