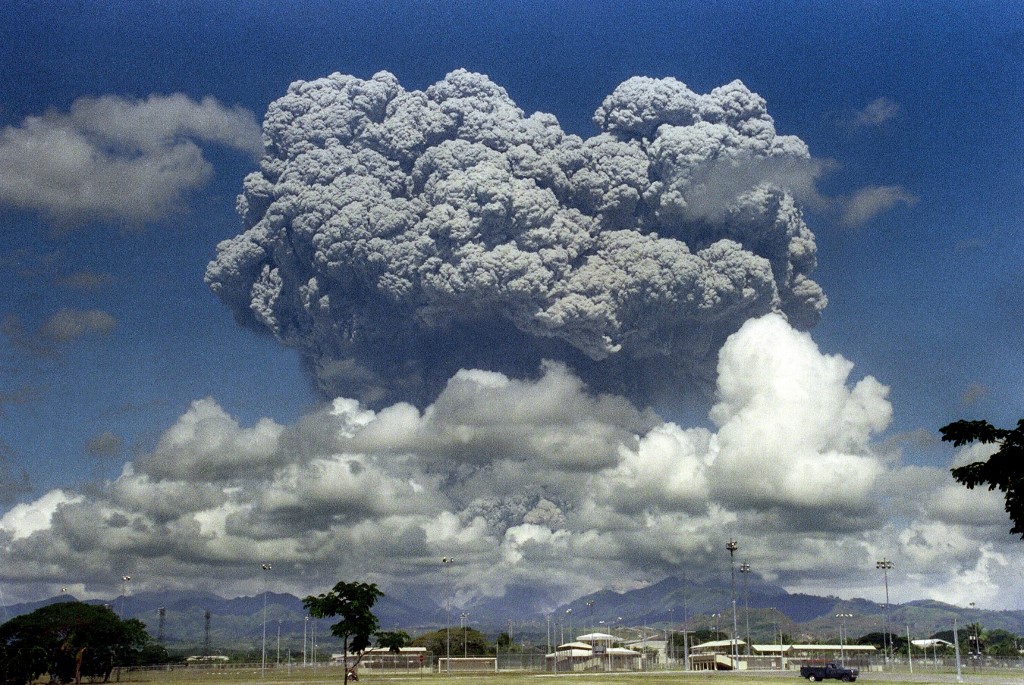 This picture taken 12 June 1991 shows a giant mushroom cloud of steam and ash exploding out of Mount Pinatubo volcano during its eruption as seen from inside the then US military Clark Air Base in Angeles, located in Pampanga province. (File photo: AFP)

"This means that there is low-level unrest that may be related to tectonic processes beneath the volcano," the Philippine Institute of Volcanology and Seismology said in a statement.

The institute said that "no imminent eruption is foreseen" despite the detection of 1,722 "imperceptible earthquakes" beneath the Pinatubo edifice since Jan. 20 this year.

"All earthquakes recorded are associated with rock-fracturing processes," the institute added.

The institute urged people around the volcano located in the boundaries of the Philippine provinces of Zambales, Tarlac, and Pampanga, all on Luzon's main island, to be extremely cautious and to avoid entering the crater.

The institute warned the residents surrounding the volcano "to be always prepared for both earthquake and volcanic hazards."

It urged local government units to "review, prepare and strengthen their contingency, emergency, and other disaster preparedness plans."

Mount Pinatubo erupted in June 1991 after being dormant for 400 years. Its 1991 eruption was considered the second-largest volcanic eruption of the 20th century.

An active earthquake zone, the Philippines witnesses frequent seismic activities due to its location along the so-called "Pacific Ring of Fire." At least 24 active volcanoes dot the Philippine archipelago.