German car giant Volkswagen on Thursday withdrew its 2020 financial targets as it warned of collapsing profits due to the coronavirus, but said it plans to gradually restart production in coming weeks. 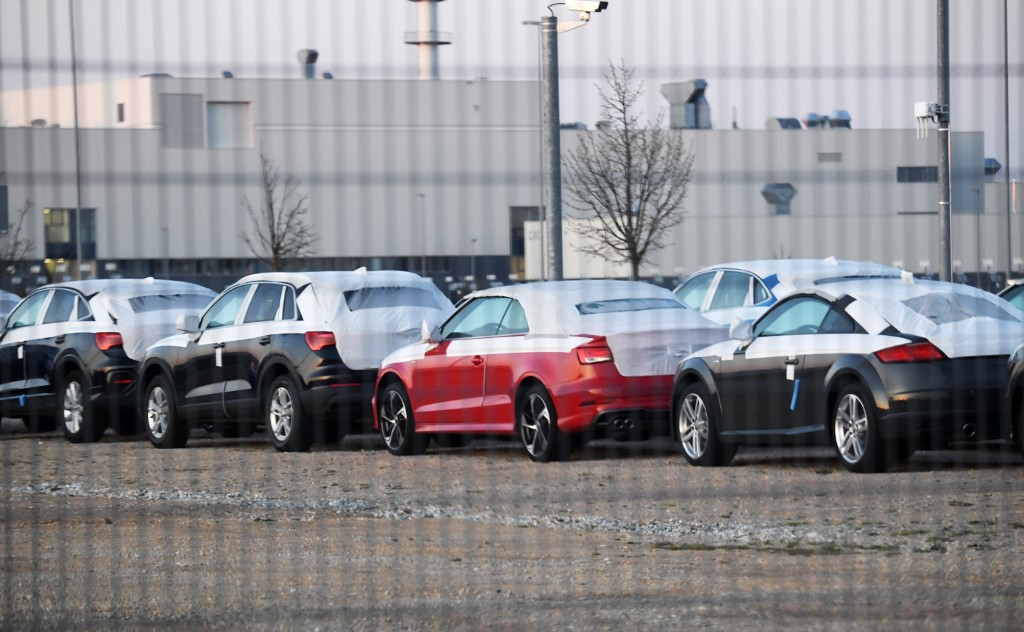 Cars stand on the grounds of the factory of German car maker Audi in Gyor, Hungary, about 120 kilometres (75 miles) west of Budapest, on April 15, 2020, as the Volkswagen Group's Audi brand restarted operations at its plant. (Photo: AFP)

With "standstill" in its retail network, sales fell around eight percent to 55 billion euros.

"The full year outlook for 2020... can no longer be achieved," the sprawling 12-brand group said after a "decline in customer demand and supplier bottlenecks led to production stops."

Nevertheless, "economic recovery during the course of the year appears possible," VW added, pointing to "positive developments" in vital overseas market China, where output has been ramping up again since mid-February as the virus ebbs.

While the last weeks have been marked by "extensive counter measures to reduce costs" and "securing liquidity", the group is planning a "phased restart of production" in the rest of its global network.

On Wednesday, VW said it would reopen production at its own-brand factories in eastern German city Zwickau and Slovak capital Bratislava from next week.

Other German factories and sites in Portugal, Spain, Russia and the US are to reopen in the week beginning April 27.

In May, plants in South Africa, Argentina, Brazil and Mexico should come back online.

"It is currently not possible to determine when a new outlook can be made for the full year" across the whole group, VW said.

"Impacts resulting from the pandemic on customer demand, the supply chain and production cannot currently be accurately forecasted."