ATHENS, July 26 (Xinhua) -- As Greece mourned its deadliest tragedy caused by wildfires in over a decade with the toll in the seaside city of Attica rising to 82 on Thursday, volunteers poured in to help heal the wounds. 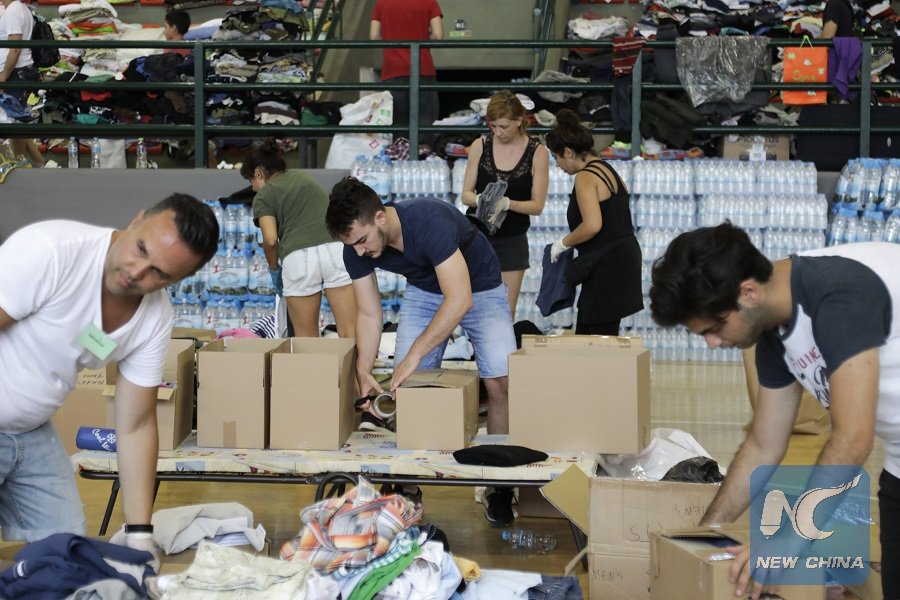 Volunteers collect relief items at a basketball court in Rafina, east of Athens, Greece, on July 26, 2018. As Greece mourned its deadliest tragedy caused by wildfires in over a decade with the toll in the seaside city of Attica rising to 82 on Thursday, volunteers poured in to help heal the wounds. (Photos: Xinhua)

While firefighters still battled blazes and searches for yet an unclear number of missing people continued in the scorched settlements 30 km east of Athens, thousands at home and from abroad demonstrated solidarity with the victims.

There were inspiring instances of fundraising activities, donation of clothing and medical supplies, as well as announcements of free accommodation for people who lost their homes in the fires that broke out on Monday.

The response by ordinary citizens, businesses and various organizations to appeals for aid was so strong that on Wednesday local authorities said the need for essentials such as food, water and clothing has been met for now.

What was still urgently needed was blood donations and helping hands on site.

"In these difficult moments, let us all contribute as we can. People are in need of blood, at a time of reduced stock due to summer," the National Blood Donation Center said in a press release.

In response, people formed long queues in hospitals in Athens and across the country, waiting for hours to donate blood.

By Wednesday, the average daily blood donations nationwide had more than doubled, the center said.

Seventeen-year-old Vassilis Pliatsikas was one of the hundreds of people who volunteered on Wednesday to transfer supplies to the Rafina-Pikermi city hall. 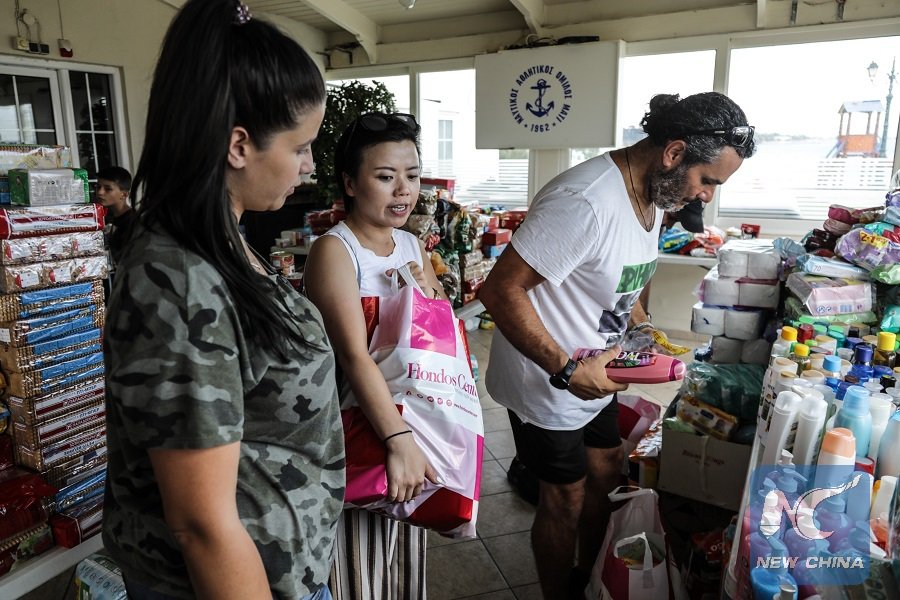 "We came to help our friends who have lost their homes. They said they needed help, so a group of us came to assist as much as we can," the teen told Xinhua while carrying boxes containing aid supplies.

"We are from a shipping company. We are here to deliver a donation, medical supplies for people who have suffered and are still suffering," Costas Gogitakis, 45, said.

He had arrived by taxi and the taxi driver was helping him to unload the goods.

Over 1,200 houses were found to be completely destroyed or partially damaged in Mati and Neos Voutzas with another 200 houses similarly impacted in western Attica. 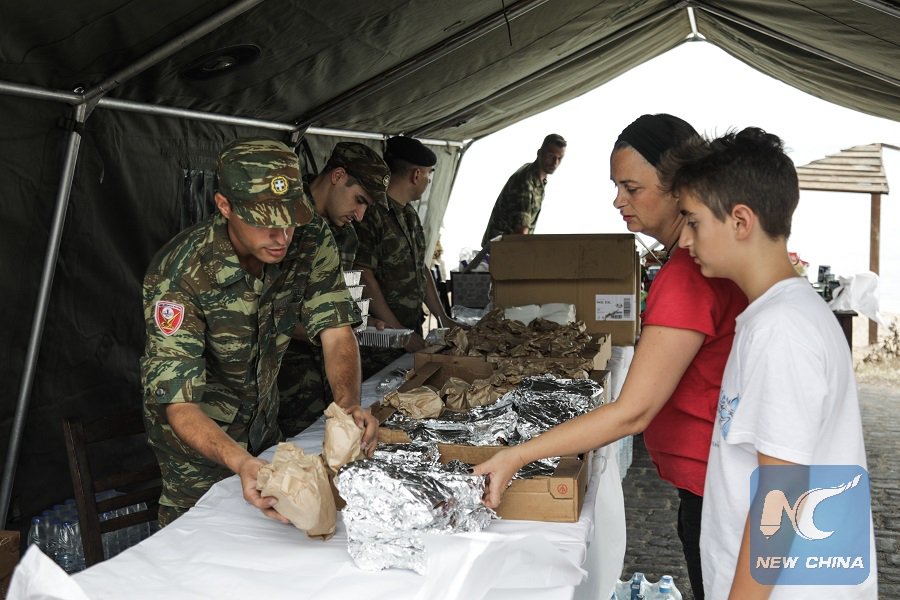 But many of the villagers were inconsolable. "We are left with nothing," a villager said bitterly, blaming the authorities for lack of a contingency plan to deal with crises.

"They told us, dive into the sea to save your lives," another villager said. "How could the elderly and kids make it?"

Many who rushed to the sea to escape the flames were drowned.

Kammenos said the town plan should be changed and roads opened, giving easier access to the sea so that no further victims would be mourned in the future.