WORLD Voters are anxious and wary as Democrats pursue impeachment

Voters are anxious and wary as Democrats pursue impeachment 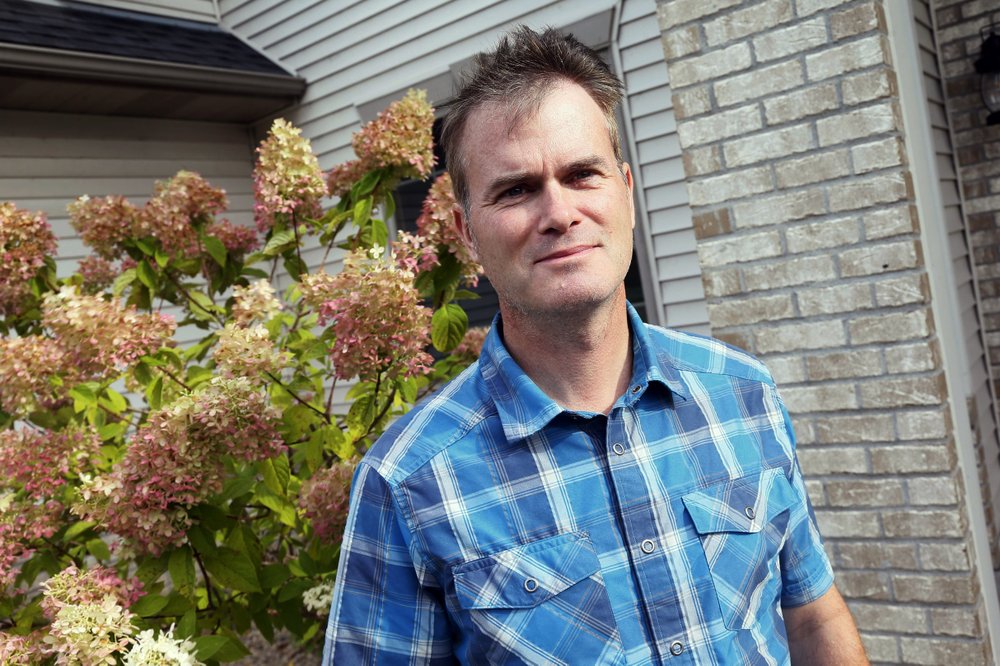 Ron Smith on September 25, 2019 at his home in Eagan, Minn. House Democrats are charging toward impeachment, bringing millions of wary voters for the ride at considerable political risk. (Photo: AP)

Evie Burt has long thought Donald Trump deserved to be impeached, even before the allegations that the president tried to squeeze a foreign leader for damaging information about a political opponent. But that doesn’t mean Burt, a 23-year-old independent in this wealthy Philadelphia suburb, is pleased with Democrats’ accelerated push to accomplish that.

What about climate change and gun control, she said as she walked into a grocery store and bemoaned the “media circus” on the horizon. “The whole process of it takes away from important issues.”

At considerable political risk, House Democrats are charging ahead with impeachment, bringing along millions of wary voters such as Burt for the ride. Polling has consistently shown that a majority of Americans opposed impeachment, and congressional Democrats did not wait for a fresh batch of surveys that would register the impact of revelations about Trump’s effort to push Ukraine to investigate former Vice President Joe Biden.

In the days since the news that has propelled the impeachment debate, The Associated Press interviewed more than 50 voters across nine states, largely in congressional districts held by freshman Democrats on the front line of the fight. The responses — ranging from frustration and sadness to anxiety and relief — point to the challenges Democrats face if they are to turn what they describe as a principled stand against corruption to their political advantage.

Republicans overwhelmingly opposed the step toward impeachment and say the development is a political ploy. Democrats and independents were not nearly as unified. Many expressed certainty that the president has committed impeachable offenses. But they also were deeply skeptical about the wisdom of moving ahead now, worrying it would only serve to fire up Trump supporters. The best way to unseat Trump was at the ballot box, they said. Others fretted about the distraction that impeachment would cause.

“I don’t think impeachment is meaningless, but I don’t think it’s possible, so why try it?” said Agnes Anderson, a retired businesswoman and school teacher in suburban Chicago. With the Republican-controlled Senate unlikely to convict Trump and remove him from office if the Democratic-run House had voted to impeach, “I’m not sure we’re going to change any minds. So why go there and run the chance of Trump picking up more support?”

Agnes and her husband, John Anderson, live in a district that swung to Democratic Rep. Sean Casten last year. The Andersons talk regularly with a politically diverse group of neighbors and say they haven’t sensed any shift on impeachment this week. It’s an issue they’ve thought about for months. The Andersons attended an impeachment town hall held by Casten, who came out for impeachment this summer, but came away unconvinced.

This squeamishness is one reason that impeachment has been off the table for party leaders, until now. The political future for many Democrats may depend on whether they can bring along these voters.

“There’s about 15% of the American public who disapprove of the job Trump is doing as president but disapprove of impeachment,” said Whit Ayres, a GOP pollster. “If people are going to change their minds about impeachment, those are the ones most likely to move.”

Many Democrats in these pockets celebrated House Speaker Nancy Pelosi’s decision to initiate an impeachment inquiry, if cautiously.

Mayra Espinoza, 48, said she wants Trump out of office. She hopes impeachment can do the trick after being disappointed that the Russia investigation seemed to end in a fizzle. “Nothing happened,” she complained as she shopped at a Wal-Mart in the Denver suburbs. “Hopefully they can get a new case and get to the bottom of it this time.”

Others described an almost cathartic joy of seeing leading Democrats stand up to an opponent who has appeared invincible.

“We need to step it up,” said Matt Muehlheim-Peterson, a 38-year-old Democrat in Burnside, Minnesota, a spring in his step as he walked down his driveway to fetch his mail this week. He said he hopes the move will help rally Democrats next year. “We need some fire in the belly.”

Among those needing to step it up, he said, was his congresswoman, Rep. Angie Craig, a Democrat who ousted a GOP incumbent in a district Trump narrowly won two years earlier. This week, Craig was among a group of freshman Democrats who announced they were moving toward backing an impeachment proceeding — news that helped push Pelosi ahead. Others included Chrissy Houlahan of Pennsylvania, Elaine Luria and Abigail Spanberger of Virginia, and Elissa Slotkin of Michigan. Those lawmakers cited national security concerns, not politics, as driving their decision.

The Democrats’ peril was illustrated in interviews in Slotkin’s district, a mix of comfortable suburbs and rural areas that cut through Trump territory in Michigan. The district has plenty of Trump defenders such as Republican Joe Chila, 85, of Rochester, who called the news “terrible.” He said he voted for Democrat Barack Obama in 2008 but has voted Republican since.

“The Democrats lost the election in 2016 and they still can’t get over it,” he said, adding that Democrats should be working with Trump on gun control rather than trying to impeach him.

Some voters in the district who have favored Democrats were ambivalent. Scott Burns, 38, said he didn’t vote for Trump or Hillary Clinton in 2016 but backed Slotkin last year. “There’s no such thing as bad publicity for him,” Burns said of Trump, warning the tactic would backfire on Democrats. “If that’s your strategy — to make it worse — it’s not going to work.”

That illustrates a phenomenon that comes up in focus groups on the topic, says Kevin Mack, chief strategist of the liberal group Need to Impeach. Skeptics often oppose impeachment for tactical, rather than substantive reasons.

“If there’s an actual vote that’s taking place, with actual facts, we think they’ll come around on it and stop acting like political prognosticators and start acting like American citizens,” Mack said.

Ron Smith, a 48-year-old independent who works in IT and lives in Craig’s district, will be listening. He doesn’t trust either party’s motives and said he didn’t vote for Trump or Clinton in 2016.

The outcome of the investigation may sway his vote in 2020, he said. “I just need to know more facts. People who have their minds made up are basing that on emotion or just not appreciating the other side.”

Nearby, Yon Thomand, a 47-year-old health coordinator at a nursing home, was less ambivalent. Stopping for bagels at a coffee shop, she said Trump should be impeached. “You want a president who represents America, respects people, respects the law.”

In Tallahassee, Florida, Killian Doughney agreed. One of the state’s 3.6 million independent voters, Doughney says he did not vote for Trump, but he does believe the president has done good things for the economy and views him more favorably now. He’s withholding judgment on whether Trump’s call with Ukraine’s president was improper.

“Whatever impeachable offense they say he committed has to be crystal clear. It needs to be clear enough to solidify it in the minds of the public,” he said. “Because with this guy nothing really sticks.”