Clara Swallows pulled herself out of bed. Her aching back made her want to stay put, but the 74-year-old in Indiana had somewhere she needed to be: the polls. 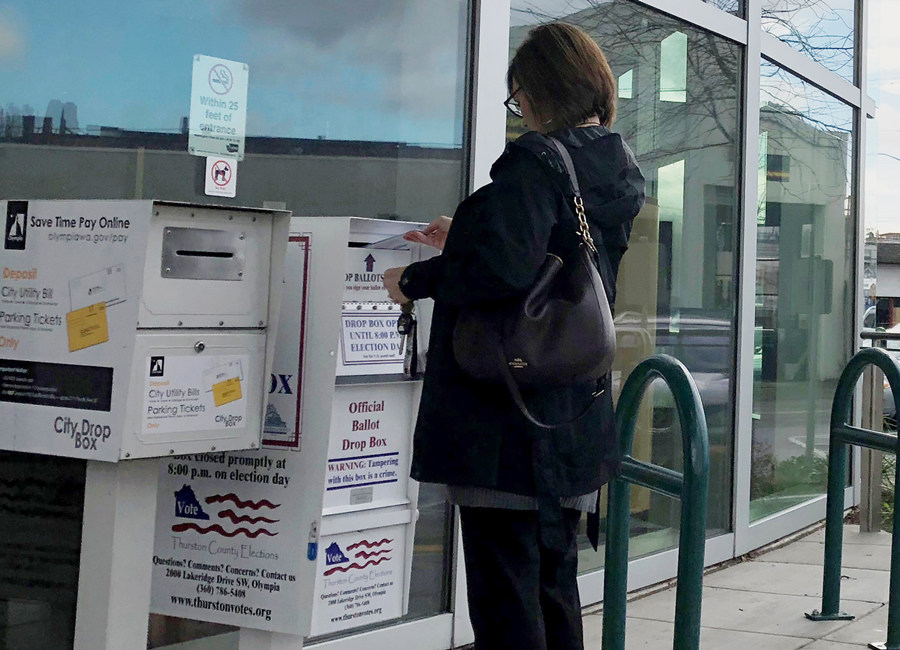 Seven hundred miles away in Florida, Stephanie Kent suspended repairs to her home — flooded during Hurricane Michael — and drove 20 miles out of the way to circumvent a still-closed bridge just to cast her ballot, too.

Like Swallows and Kent, more than 30 million Americans already have voted in a midterm election expected to draw unprecedented numbers by the time polls close Tuesday night. In casting their ballots for House and Senate races, voters will render a verdict on President Donald Trump's tumultuous tenure, deciding whether his 2016 election was a one-off or if his divisive style of governing will define the future of American politics.

Swallows and Kent voted from opposite ends of the political schism. Swallows was determined to help put Democrats in office to curtail Trump's agenda, while 54-year-old Kent committed to Republicans as a show of support for him. But both agreed this election was among the most important of their lifetimes.

"I woke up in pain, but I said I'm going to get out and do this," said Swallows, a former Republican who has never before voted in a midterm. She cast her ballot for all Democrats, citing Trump's stirring of racial and political tension. "I'm here to say that hatred is not going to win. We are not going to stand for it."

Trump has sought to counter some of that rage toward his administration by stoking even more anger among his base. In recent weeks, he's put the spotlight on a caravan of Central American migrants fleeing poverty and violence that he calls "an invasion" of criminals and terrorists. He ran an advertisement about immigration so racially incendiary that all three major cable news networks, including Fox News, either refused to air it or eventually decided to stop showing it.

Among some Republican voters, that message resonated.

"This whole thing with this caravan is pretty scary," said Jennifer Rager, 55, of Bozeman, Montana, who approves of Trump's plans to crack down on immigration. She cast her ballot to keep Republicans in power so the president doesn't become a lame duck. "It just feels like he's really trying to do a good job of protecting our country, you know? I can't wrap my head around why the other side is so unhappy and so terrified." 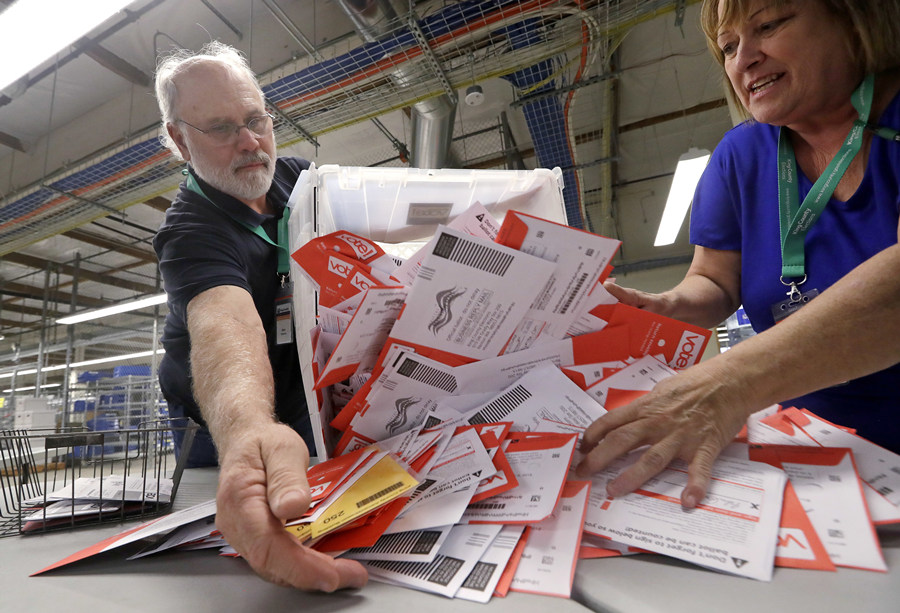 In St. Louis, Susan Riebold, 53, posed for a photo with a cardboard cutout of Trump at a pre-Election Day rally for her Republican candidate for U.S. Senate. She said she fully supports Trump's decision to send military troops to the Mexican border to intercept the caravan — a move critics say is unnecessary and a political stunt, given the migrants are traveling mostly on foot and remain hundreds of miles away.

The country, she said, "is more strong, confident and unified than it's ever been, and most of the confidence and people feeling unified and patriotic again has come right before Trump got in and since he's been in." And she dismissed any criticism of the president as fake news. "We hate the media," she said, "because they're the Democratic arm."

Others expressed a heightened sense of unease and sadness about the state of America's political climate. The election comes just days after a series of hate crimes and political attacks, including the arrest of a man who mailed pipe bombs to Trump critics whom the president often derides as "evil," ''un-American," and "the enemy."

Many voters said they saw the election as an opportunity to reject that kind of bombast.

In suburban Chicago, Lea Grover agreed. "It seems to me a referendum on empathy, and whether or not we as a nation have any," said the 34-year-old mother of three daughters.

Grover, a survivor of sexual assault who works for a nonprofit that helps other victims, was angered by the confirmation hearings for Supreme Court Justice Brett Kavanaugh. He was accused by a high school classmate of sexually assaulting her decades ago. Republicans voted to confirm Kavanaugh, and Trump at one point mocked the accuser during a rally. 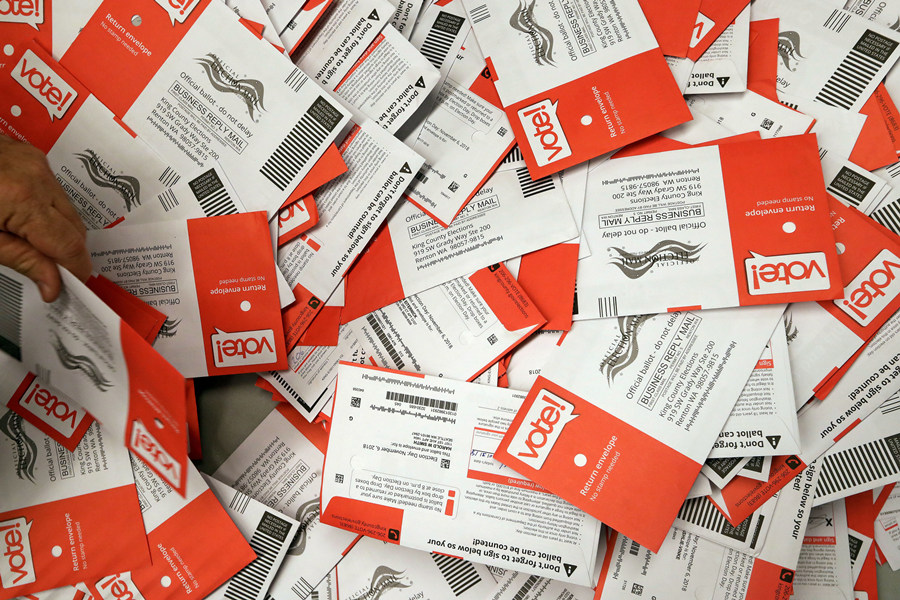 Election workers begin to sort a new batch of ballots collected earlier in the day from drop boxes at the King County Elections office Monday, Nov. 5, 2018, in Renton, Wash. Voters in Washington all vote only by mail.

Voters on the other side were also galvanized by the Kavanaugh hearings — a "smear campaign," in the opinion of Natalie Pig, a 31-year-old attorney in Missouri motivated to elect people to Congress sure to stand behind Trump.

Civil engineer Pritesh Mehta also cast his early vote for those who would support the president. Mehta, who lives in Little Rock, Arkansas, emigrated from India in 2000 and believes Trump is steering the country in the right direction, including with his immigration policies. Mehta came legally, he said, and he doesn't see anything wrong with vetting others who want to live in the United States.

Uroosa Jawed is an immigrant, too. She relocated from Pakistan with her family when she was 5. Now 42 and a naturalized citizen living in Omaha, Nebraska, she has always considered herself an American. But over the last two years, as Trump has made sowing fear about immigrants the centerpiece of his presidency, she's wondered whether her neighbors see her that way, too.

Jawed, who works for a nonprofit aimed at cultivating interfaith cooperation among Jewish, Muslim and Christian groups, said this election offers an opportunity to turn back that tide.

"I don't feel despair," she said. "I feel we're on the precipice of change."