WORLD Voters in Guinea go to polls in national elections

Voters in Guinea go to polls in national elections 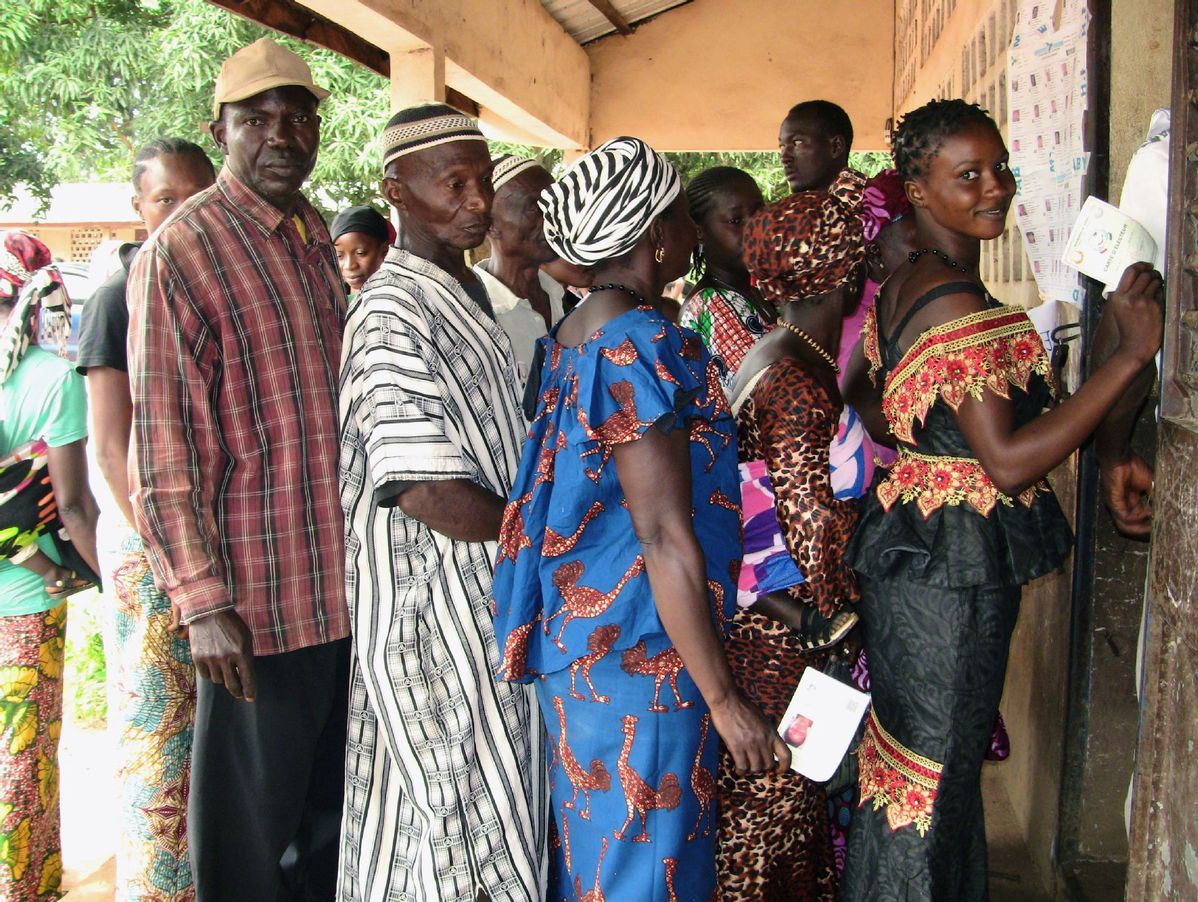 People wait to cast their ballots at a polling station during the Guinea's presidential election in Fria, Guinea, on Oct 18, 2020. (Photo: Agencies)

Voters in Guinea went to the polls on Sunday to cast ballots as Alpha Conde, the incumbent president, seeks to beat opposition leader Cellou Diallo for a third term in office. Polls closed at 6 pm local time after a mostly calm day of voting.

According to the Guinea Electoral Commission, 5.4 million people were registered to vote and initial results are expected to be announced in several days. Ten other candidates also ran for president.

The commission will announce provisional results within three days of receiving the last polling-station tally. The Constitutional Court will then have eight days to declare a winner. If neither candidate receives more than 50 percent of the vote, a runoff election will take place on Nov 24.

In March, Guinea passed a new constitution that was backed by the president, who argued that it would modernize the country. The new constitution also allowed for Conde, who is 82 years old, to bypass a two-term limit for president. After decades as an opposition activist, Conde became Guinea's first democratically elected president in 2010 and won again in 2015.

The election in Guinea marks the start of a busy electoral cycle across West Africa, with elections also due in Ivory Coast on Oct 31, Burkina Faso on Nov 22, Ghana on Dec 7 and Niger on Dec 27.