Voters in New Hampshire fill in blanks on O’Rourke candidacy 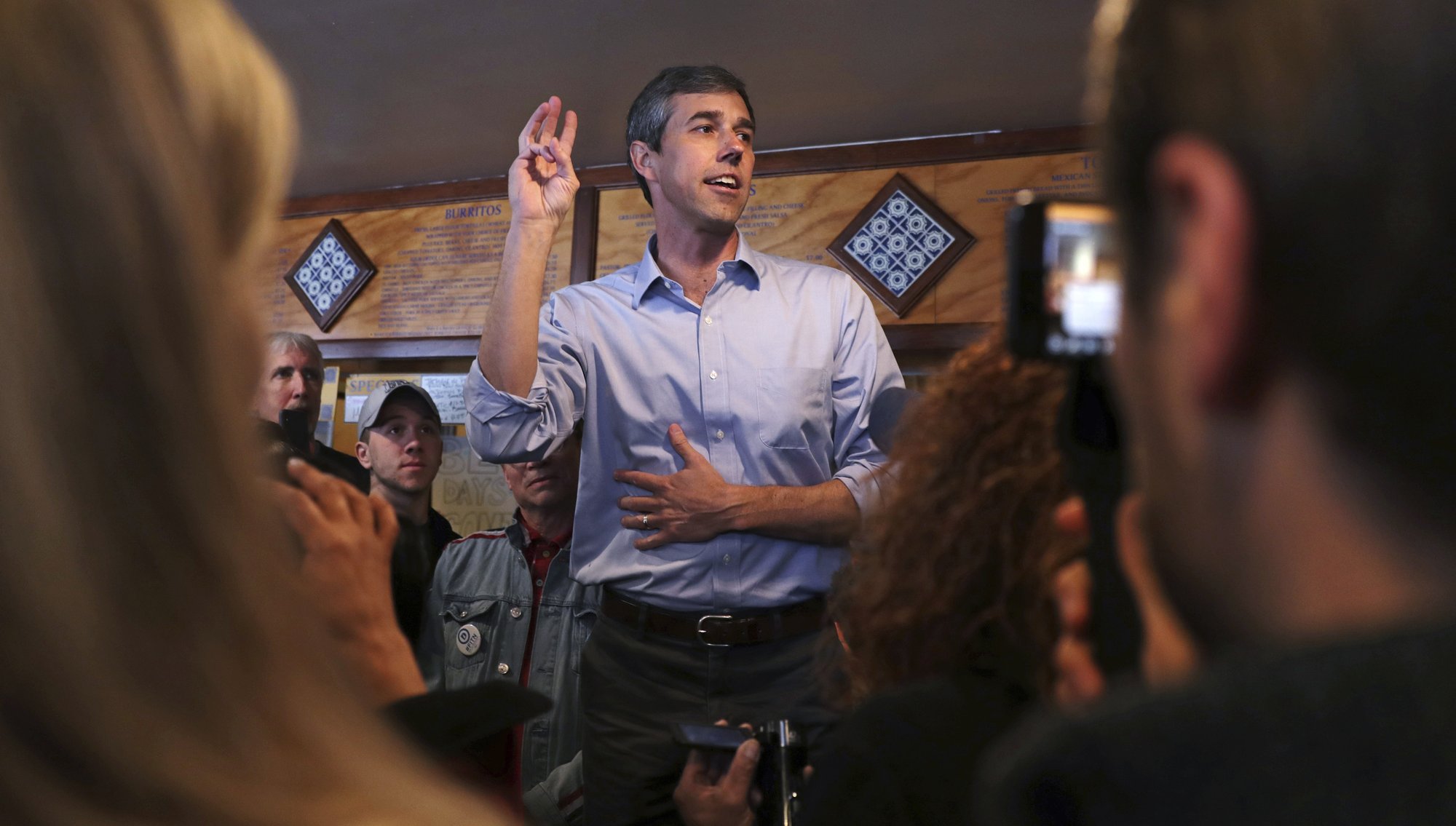 Beto O’Rourke leaves room for voters to decide for themselves what he is and what he could be.

He’s Bobby Kennedy and Barack Obama. He’s nothing new. He’d be a great vice president. He’s a man whose candidacy will be a melted candle in a matter of months. He’s exactly what this nation needs.

In interviews with more than 30 voters as O’Rourke campaigned for president in New Hampshire this week, the former Texas congressman meant conflicting things to different voters, though passion, one way or the other, was much more common than any semblance of passivity.

There’s still plenty of time before the state’s first-in-the-nation primary, and O’Rourke has a lot of convincing to do if he wants to make a dent in the large 2020 Democratic primary field.

“We’re blessed with so many good candidates,” said Kathleen O’Donnell, a 55-year-old attorney, as she waited through an hourlong delay for O’Rourke to arrive for his first event over a two-day visit. “So, it’s like, well, why are you doing this?”

The O’Rourke experience, as it rolled through New Hampshire, happened the way some Democrats fear has become the candidate’s trademark: He can play it “too cute,” they say, with his informal style and approach to social media and campaigning.

Skeptics acknowledged, though, that he’s the kind of guy voters know they’ve seen before but want to see again. The concerns are there, however. Light on policy, high on charisma.

“And he’s very appealing,” she said. “But I have no idea, really, what his substance is. So, I’m just not going to let myself go for him just because I like him.”

If criticism of any kind bothers O’Rourke, he doesn’t show it.

“I’m trying to do better,” he told a crowd of reporters, a common refrain from event to event.

Some saw that as a cop-out, a rookie move from a novice candidate.

Others saw it as another sign of authenticity, the kind they find from a man who will stand on a chair and talk to a crowd that has spilled out from an at-capacity venue in the hope of getting what they came to see.

They don’t mind that he lost the US Senate race in Texas to Republican Ted Cruz last fall and is now running for president. The loss comes off to them like a proud battle scar rather than a mortal wound for the future.

New Hampshire voters have long memories. They’re willing to fall in love, but not right away. They’ve been burned before and know it could happen again.

Walking away from O’Rourke’s events, some voters filled in the gaps in his resume with what they can’t explain.

“He’s got it,” several said after seeing him in person for the first time.

Gino Funicella, a 77-year-old who works in marketing, left O’Rourke’s stop at a brewery saying he’ll support him.

“I definitely think he’ll be president,” Funicella said. “And I don’t know why. I just feel that.”

He’s the kind of candidate who has young voters, who weren’t alive for the likes of John or Bobby Kennedy and barely remember the rise of Obama, thinking of the Democratic icons who have come before him.

“I was really young when Obama started running, but I definitely see a lot of Obama vibes,” said Tim Ennis, a 19-year-old college student wearing a “Beto for Texas” shirt who drove from Massachusetts to see O’Rourke speak in Keene.

“I love history, so I really get a lot of Bobby Kennedy or JFK vibes from him, especially with Bobby’s kind of energizing movements to young people,” Ennis said. “I definitely see that in Beto’s candidacy.”

If one thing is clear so far, it’s that O’Rourke can draw a crowd.

All his public events in New Hampshire were advertised by his campaign the same way: “Space is limited.”

“We will be back!” O’Rourke told the last crowd of his New Hampshire trip that had spilled out onto the street outside a coffee shop in Laconia. “We will find a larger space.”

He’s a work in progress, he’s well aware. But people who have warmed to O’Rourke don’t seem to mind.

“We’d love to see you in the White House,” 76-year-old John Law, a retired government worker, told O’Rourke as he waded through a crowd of onlookers and into a coffee shop.

Law didn’t stick around to see O’Rourke’s last speech. The coffee shop was too full.

Besides, Law had already gotten the face time he wanted with O’Rourke.

Other voters, like 70-year-old college professor Leslie Smith, watched O’Rourke’s speech from the street outside the venue where his voice could barely be heard.

She could tick off what made O’Rourke so appealing from a curbside view: He’s got lots of energy, he’s very good-looking, he’s young, he’s got a cool name.

“But God, the country needs more than that,” she said.