WORLD Voters to decide on California ban on flavored tobacco

Voters to decide on California ban on flavored tobacco 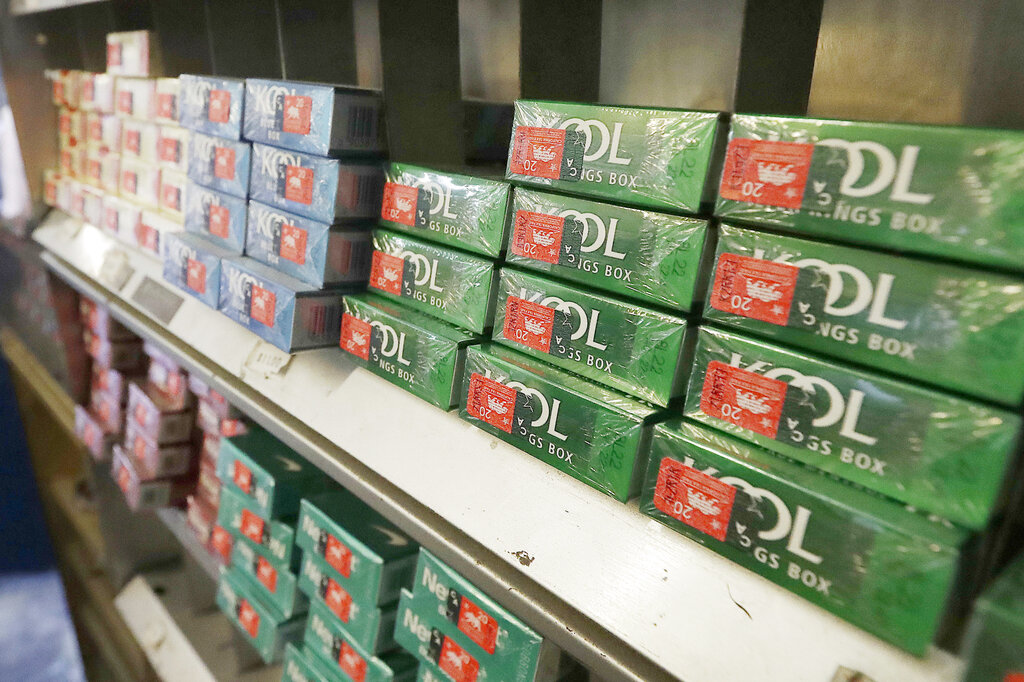 Menthol cigarettes and other tobacco products are displayed at a store in San Francisco on May 17, 2018. (Photo: AP)

But the law never took effect. Tobacco giants, including R.J. Reynolds Tobacco Co. and Philip Morris USA, spent $20 million on a campaign that gathered enough signatures to put the issue to the voters.

Californians now will decide on the Nov. 8 statewide ballot whether to toss out the law or keep it.

The issue has set off a fierce fight. The tobacco companies are pushing hard to keep from being shut out of a large portion of California’s vast market. Meanwhile, supporters of the ban, who include doctors, child welfare advocates and the state’s dominant Democratic Party, say the law is necessary to put a stop to the staggering rise in teen smoking.

However, the California Republican Party wants to repeal the law, saying it would cause a giant loss in tax revenue. The independent Legislative Analyst’s Office estimates it could cost the state tens of millions of dollars to around $100 million annually.

If voters approve, California would become the second state in the nation to enact such a ban after Massachusetts. A number of cities, including Los Angeles and San Diego, have already enacted their own bans.

It’s already illegal for retailers to sell tobacco to anyone under 21. But advocates of the ban say flavored cigarettes and vaping cartridges are still too easy for teens to obtain. The ban wouldn't make it a crime to possess such products, but retailers who sold them to kids could be fined up to $250.

The ban, which passed the Legislature with bipartisan support, would also prohibit the sale of pods for vape pens, tank-based systems and chewing tobacco, with exceptions made for hookahs, some cigars and loose-leaf tobacco.

The tobacco industry’s campaign has painted the ban as being especially bad for Black and Latino people, who use menthol at higher rates than others.

“It’s unfair for communities of color. Bad law. Bad consequences,” said one online banner ad paid for by RAI Services, a subsidiary of Reynolds American, which is the parent company of R.J. Reynolds Tobacco.

But the ads drew a backlash from some Black leaders who call the campaign offensive.

“I am insulted that the tobacco industry would make an effort to make us believe that mentholated cigarettes are part of African American culture, and that this is a discriminatory piece of legislation against Black people,” then-Assemblywoman Shirley Weber said before the Legislature voted on the ban. Weber, a San Diego Democrat who chaired the California Legislative Black Caucus, is now California's secretary of state.

So far the campaign to allow the law to take effect has raised more than $6 million, nearly four times more than the effort to stop it, according to state campaign finance records.

Some small neighborhood market owners favor repealing the law, calling it another blow to their businesses as they struggle to recover from a drop in sales during the pandemic.