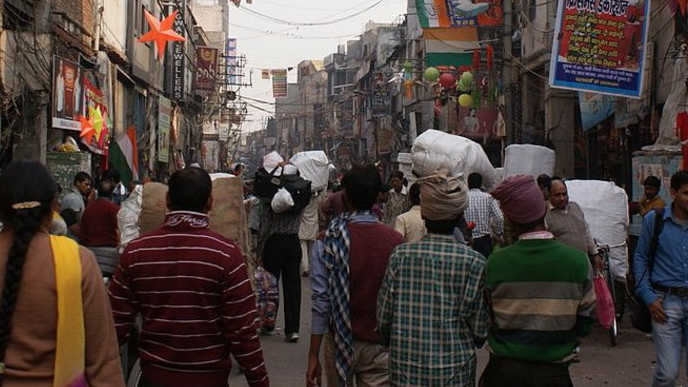 "The polling is underway and voters are casting their votes at the designated polling stations," an official said.

According to the election commission, 672 candidates are in the fray for 70 seats.

Officials said tight security and elaborate arrangements were put in place to ensure free, fair and peaceful polling across the city.

The services of Delhi Metro began at 4:00 a.m. local time to facilitate the polling personnel and others to reach their destinations in time.

Around 14.7 million voters are eligible to exercise their franchise in the elections.

Authorities have set up 13,750 polling stations for the people to cast their votes. Around 40,000 police personnel and several companies of paramilitary force have been deployed for security of polling premises. In addition, 19,000 home guards will assist in ensuring security for polling booths and premises.

Indian Prime Minister Narendra Modi took to Twitter to appeal to voters to exercise their franchise.

"Today is voting for Assembly elections in Delhi. I request all the voters to come out in large numbers to participate in this festival of democracy and set a new recording for voting," Modi wrote on Twitter.

In the ongoing elections, the ruling Aam Aadmi Party (AAP) is seeking to regain power under the leadership of Arvind Kejriwal. He is facing tough competition from Bharatiya Janata Party (BJP) and Congress.

The counting of votes will be taken up on Feb. 11.

During the city's previous elections held in 2015, AAP swept polls and registered a landslide victory by winning 67 of 70 seats. The BJP won just three, while India's grand old Congress party failed to win even a single seat.

The election commission has issued a notification restricting media from conducting or publishing any exit poll during local elections in Delhi on Saturday.