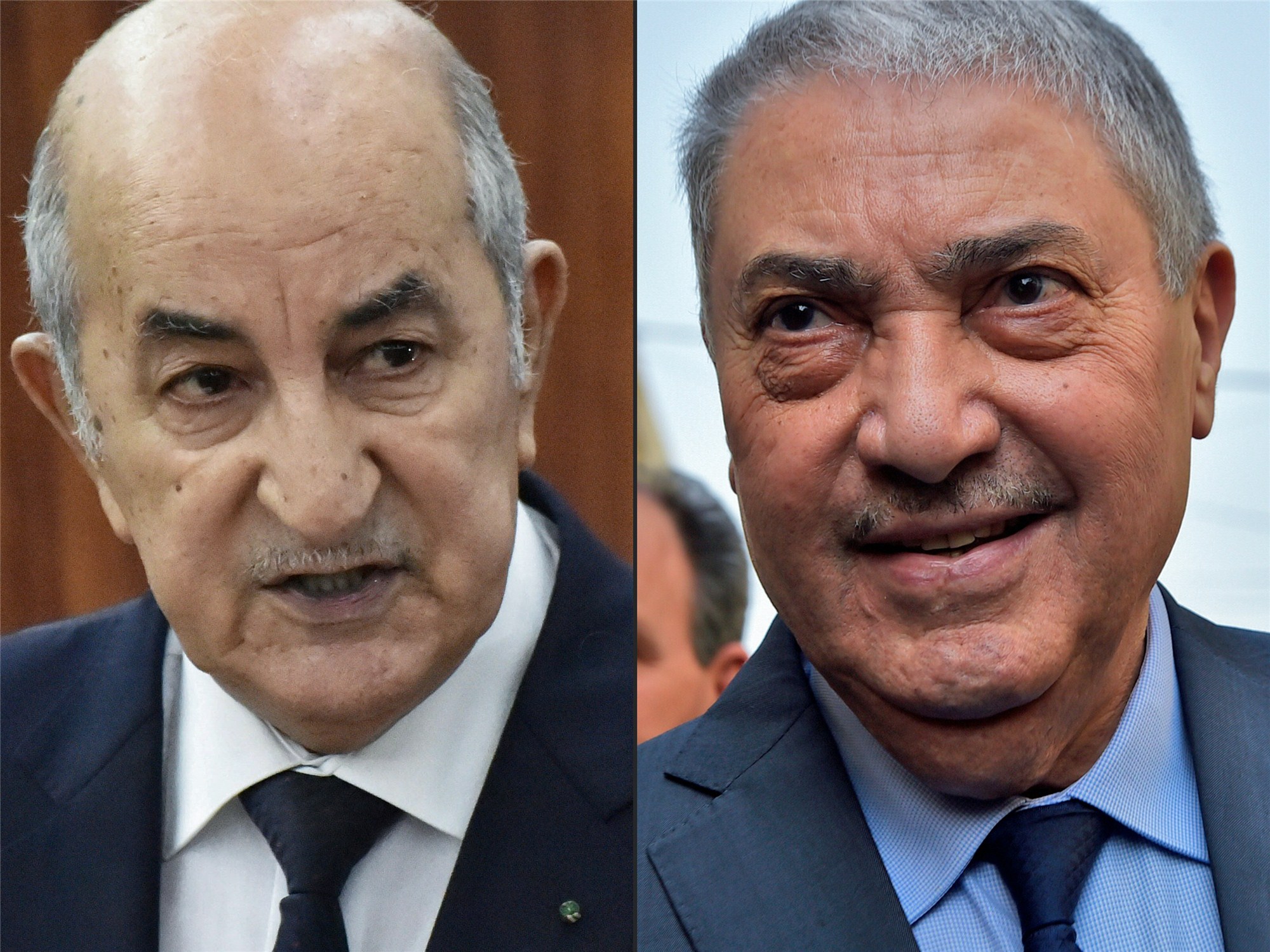 This combination of pictures created on November 03, 2019 shows the frontrunners in Algeria's presidential vote: Former prime ministers Abdelmadjid Tebboune (L) at a meeting of the National People's Congress (NPC) on June 20, 2017 and Ali Benflis, who heads the Avant Garde of Freedom party, during a meeting with opposition figures in on February 20, 2019 Algiers. (Photo: AFP)

Some 24.5 million Algerians are eligible to cast their vote, according to the National Independent Authority of the Elections.

A total of five candidates are running for the presidency for a five-year term. If none of the candidates obtains the absolute majority of the votes in this round, a second round will be held after the announcement of the final results of the first round.

As many as 501,031 supervisors have been mobilized to monitor the 61,014 polling stations.

The country's Interior Ministry confirmed that security agents have been deployed in every polling station to ensure that the voting is carried out smoothly.

The voting has already started abroad, as 914,308 eligible voters among Algerian diaspora all over the world began casting their vote on Saturday.

Nomad populations in the remote areas in southern Algeria have also started voting two days ago.

The election is seen by some as a safe way out to the political crisis hitting the nation for almost 10 months amid weekly popular marches demanding radical change, which forced former President Abdelaziz Bouteflika to step down in April.

A total of five candidates are running for the election, namely Azzeddine Mihoubi, 60, interim secretary general of the ex-ruling party of the National Democratic Rally and former minister of culture; Abdelkader Bengrina, 57, former minister and head of the Construction Movement party; Abdelmadjid Tebboune, 73, a former prime minister; Ali Benflis, 75, a former prime minister and head of the Vanguard of Freedoms party; and Secretary General of the Front of the Future Abdelaziz Belaid who is 56 years old.