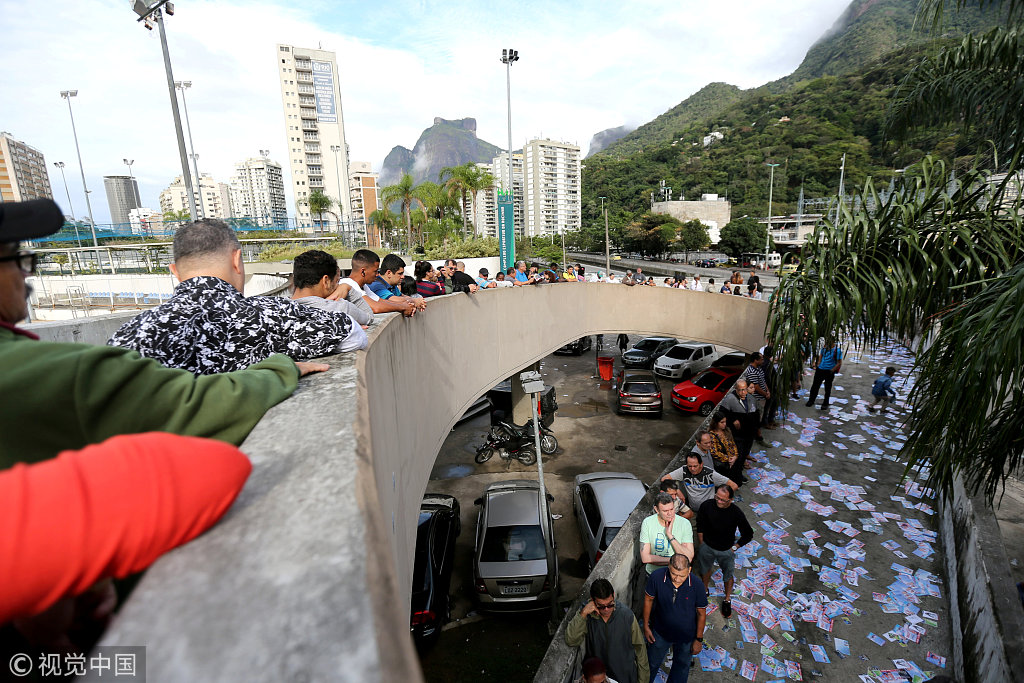 Brazilians stand in line outside a polling station to cast their votes in the presidential election, in Rio de Janeiro, Brazil October 7, 2018. (Photo: VCG)

Polling stations opened in Brazil on Sunday for the most divisive presidential election in the country in years, with far-right lawmaker Jair Bolsonaro the clear favorite in the first round.

About 147 million voters are eligible to cast ballots and choose who will rule the world's eighth biggest economy. New federal and state legislatures will also be elected.

If Bolsonaro gets more than 50 percent of the vote to lead the field of 13 candidates, he will win the presidency outright. Otherwise, a run-off will be held on October 28.