TUNIS, Oct. 6 (Xinhua) -- The polling centers for the parliamentary elections opened on Sunday in 24 provinces of Tunisia. 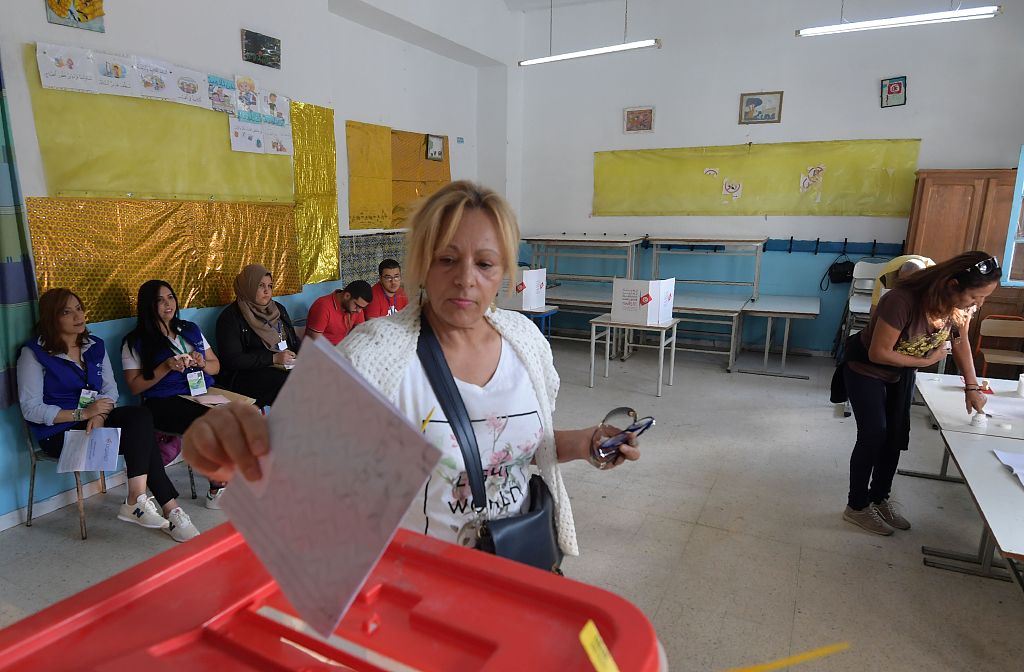 A Tunisian woman casts her vote at a polling station in the capital Tunis on October 6, 2019. (Photo: VCG)

More than 15,000 candidates from different parties, party coalition or independent candidates are competing for the 217 seats in the Assembly of People's Representatives (Parliament).
A total of seven million people are eligible to vote on Sunday's elections.
Voters cast their ballot in favour of a list in their home districts. According to data from the Independent High Authority for Elections (ISIE), among the 1,572 confirmed lists, 687 are party lists, 722 are independent and 163 are coalition.
The preliminary result of the elections will be announced on Oct. 10 while the final result will be announced on Oct. 13.
According to Tunisian constitution, the party that secures more than 109 out of 217 seats in the parliament has the right to appoint a prime minister and form a government.