Voting begins in India's north-eastern state of Mizoram and central state of Madhya Pradesh for assembly elections on Wednesday. 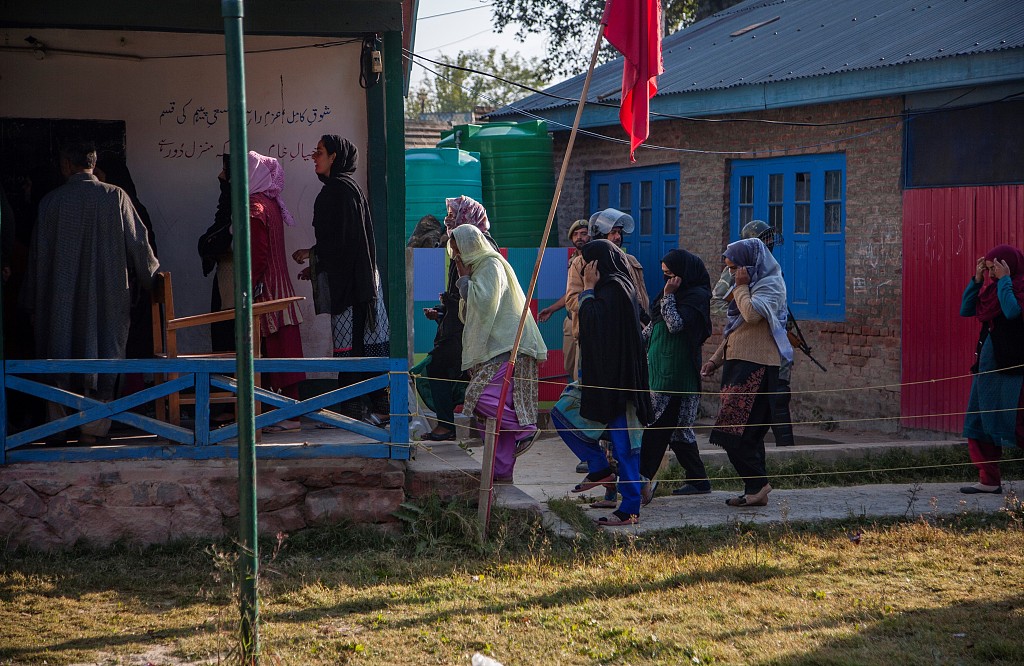 Kashmiris enter a polling station to cast their vote during the first phase of municipal polls in Srinagar, the summer capital of Indian administered Kashmir, India, on Oct. 8, 2018. (Photo: VCG)

There are 230 assembly constituencies in Madhya Pradesh, and Mizoram has 40 assembly seats.

Madhya Pradesh is ruled by the Bharatiya Janata Party (BJP), while the country's main opposition party the Indian National Congress (INC) is ruling Mizoram.
Election results in the two states will be announced on Dec. 11, along with three other states -- Chhattisgarh, Rajasthan and Telangana. While Chhattisgarh has already held elections earlier this month, Rajasthan and Telangana will go to votes on Dec. 7.