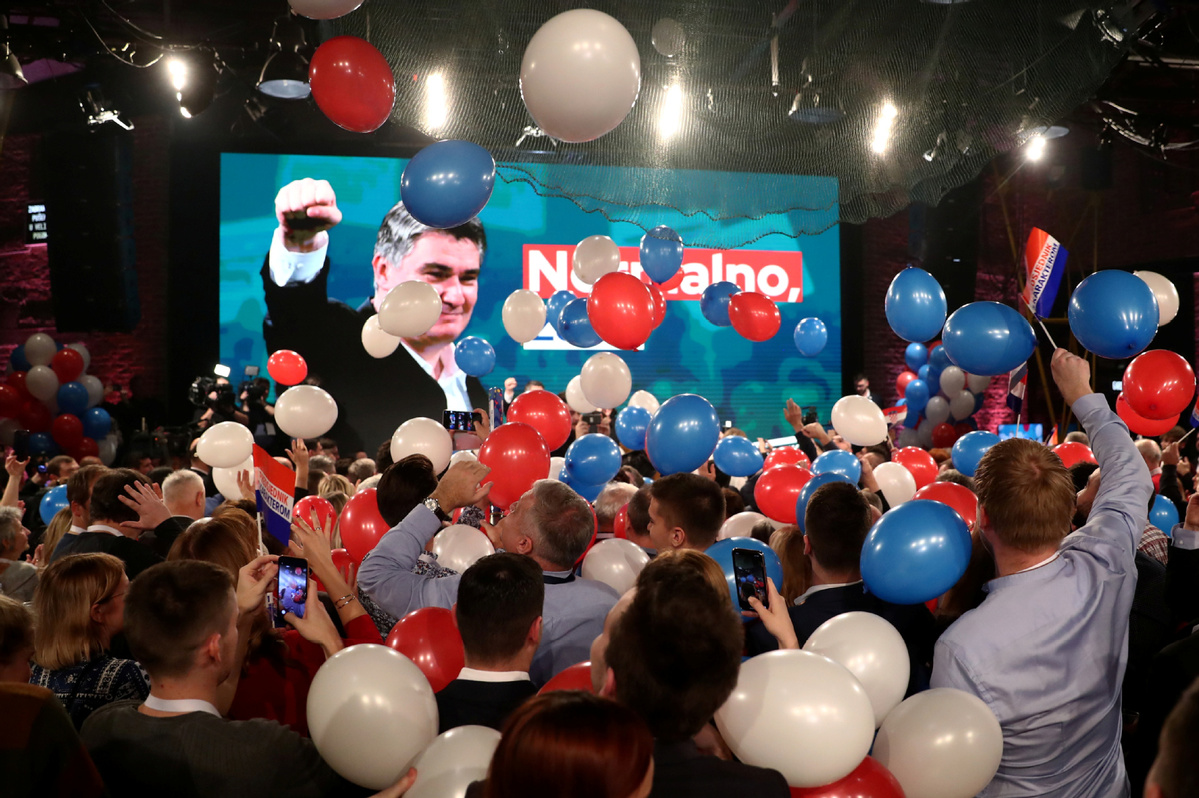 Presidential candidate Zoran Milanovic speaks on stage after entering the second round of Croatia's presidential election, at his campaign headquarters in Zagreb, Croatia Dec 22, 2019. (Photo: Agencies)

ZAGREB - The polling stations across Croatia opened at 0600 GMT on Sunday for voters to elect the country's new president in a race pitting the candidates of the two biggest parties.

In the first round of voting two weeks ago, former prime minister Zoran Milanovic, who is Social Democrats' candidate, came first among the 11 candidates with 29.6% of votes. He finished ahead of the incumbent president, the conservative Croatian Democratic Union's (HDZ) Kolinda Grabar-Kitarovic with 26.7%.

The opinion polls and analysts suggest that the race for the next five-year presidential term, which begins in February, could be tight, although some give a slight advantage to Grabar-Kitarovic.

"I believe that she has somewhat bigger chances as the Croatian electorate is generally slightly right-leaning. In any case, this election is a kind of a preliminary stage for the parliamentary election later this year," said political analyst Zarko Puhovski.

The polling stations close at 1800 GMT and the first preliminary results will be known around 1900 GMT.

The presidential role is to a large extent ceremonial as the head of state cannot veto laws, but has a say in foreign policy, defence and security matters.

Milanovic, who was the prime minister from 2011 to 2015, ran his election campaign on promises that he would fight corruption that he said had intensified since he left power and the conservatives took over.

Croatia, which took over the six-month rotating presidency of the European Union on Jan 1, is set to hold the next parliamentary election in the autumn.

In the opinion polls, the ruling HDZ party is slightly ahead of the Social Democrats in popularity.