Voting starts in second round of Brazilian presidential, gubernatorial elections 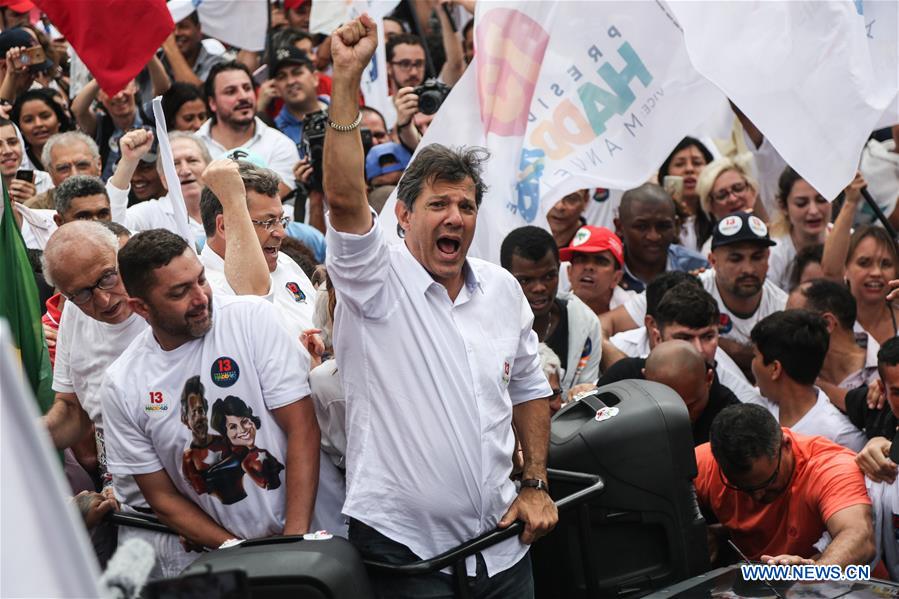 RIO DE JANEIRO, Oct. 28 (Xinhua) -- The second round of Brazilian general elections started on Sunday morning, with voters across the country heading to the polls to choose a new president and 14 state governors.

The presidential election will be a contest between right-wing candidate Jair Bolsonaro and left-leaning Workers' Party's candidate Fernando Haddad.

Bolsonaro had a wide lead in the first round of the elections held on Oct. 7, winning 46 percent of valid votes, while Haddad had 29 percent.

A second round of governor elections will also be held in 14 states, including the three most populated states in Brazil such as Sao Paulo, Minas Gerais and Rio de Janeiro. All these states are in the southeast.

The results of the elections are expected to be out before midnight as the election system in the country is now completely electronic.