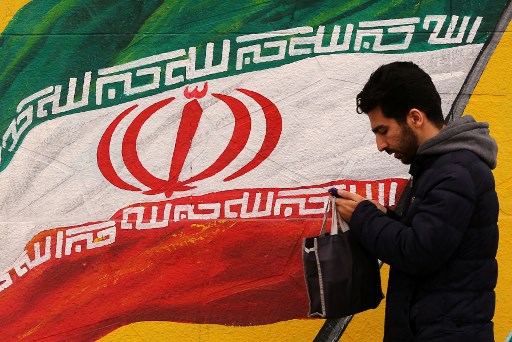 A man walks past a mural with the Iranian national flag in Tehran, on February 20, 2020 on the eve of parliamentary election. (Photo: AFP)

As he voted, Khamenei called on all Iranians to take part in the election "as soon as possible", adding that doing so would "guarantee the country's national interests".