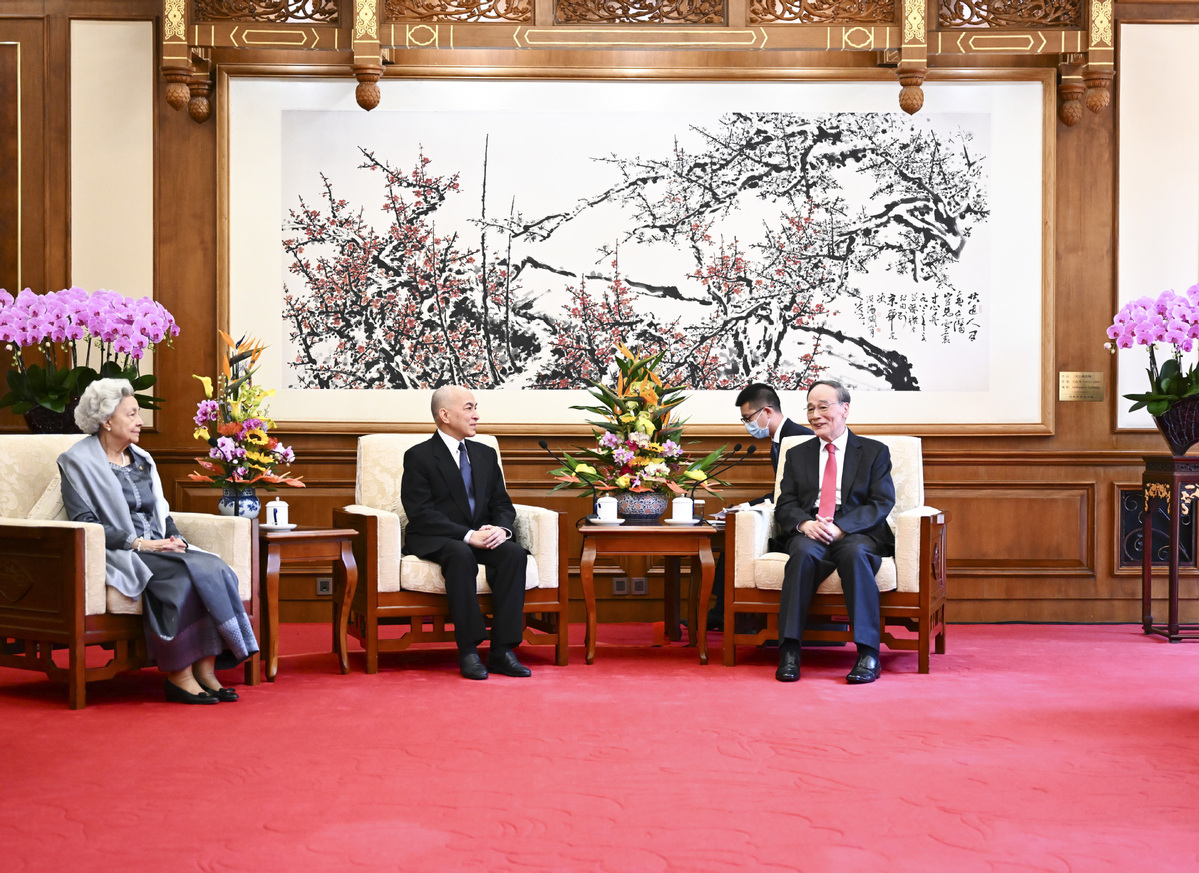 Vice-President Wang Qishan called for further development of China-Cambodia ties during a reception commemorating the 100th anniversary of the birth of Cambodian King Father Norodom Sihanouk in Beijing on Thursday.

Sihanouk was a great friend respected by the Chinese people, and made indelible contributions to the friendly relations between China and Cambodia, Wang said at the reception.

He met premier Zhou Enlai at the Bandung Conference in 1955 and overcame obstacles imposed by Western countries to promote the establishment of diplomatic relations between his country and China, demonstrating his courage and insistence on independence, Wang said.

Sihanouk, who died in Beijing in October 2012, had visited China six times. Having maintained friendships with successive Chinese leaders, Sihanouk had written songs about his feelings toward China, calling China his "second home country".

Wang also said leaders of China and Cambodia have maintained close exchanges in the new era.

Bilateral ties entered a higher level when China and Cambodia signed an action plan to build a community with a shared future in April 2019. In January this year, the free trade agreement between the two countries, also the first bilateral free trade agreement signed by Cambodia, entered into force.

Noting that next year marks the 65th anniversary of China-Cambodia diplomatic ties, Wang said bilateral relations will become more vibrant with the joint efforts of both sides.

Wang, who met with King Norodom Sihamoni and Queen Mother Norodom Monineath Sihanouk before the reception, spoke highly of their efforts to continue the friendship between the two countries, and said China hopes to work with Cambodia to build an unbreakable community with a shared future.

King Sihamoni and Queen Mother Monineath said the Cambodian people will never forget the support that the Chinese people have been giving them in their country's economic and social development.