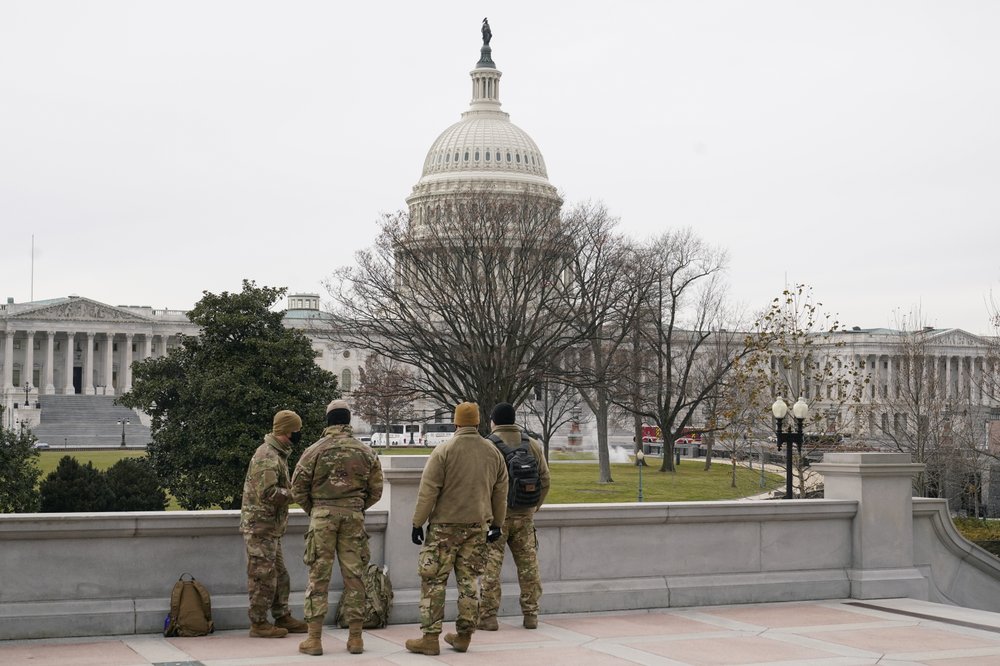 With the US Capitol Building in view, members of the military stand on the steps of the Library of Congress' Thomas Jefferson Building in Washington, Friday, Jan. 8, 2021, in response to supporters of President Donald Trump who stormed the Capitol. (File photo: AP)

US Vice President Mike Pence on Tuesday told House leaders he does not support invoking the 25th Amendment process to remove Donald Trump, all but guaranteeing an imminent impeachment vote against the president.

"With just eight days left in the President's term, you and the Democratic Caucus are demanding that the Cabinet and I invoke the 25th Amendment," Pence wrote to House Speaker Nancy Pelosi, referring to the process that would declare Trump unable to fulfill his duties and install Pence as acting president for the remainder of the term.

"I do not believe that such a course of action is in the best interest of our nation or consistent with our Constitution," he said, hours before the House was to vote on a measure calling on him to initiate the 25th Amendment process or risk an impeachment vote against Trump.