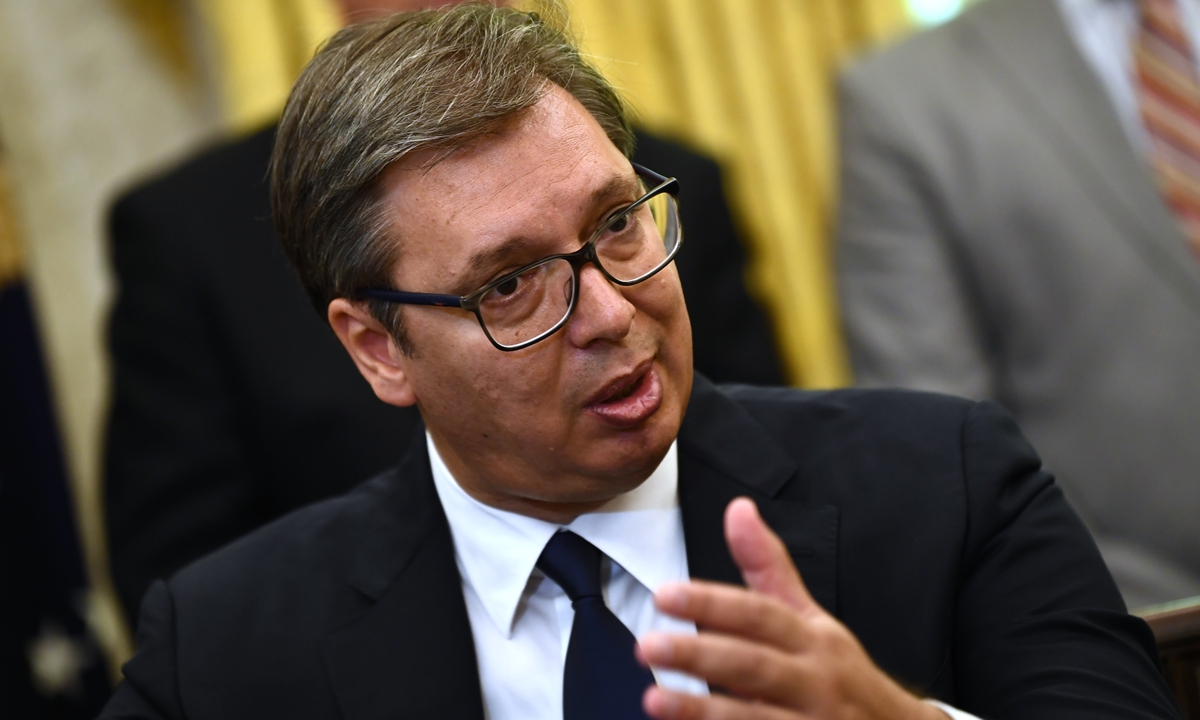 Serbian President Aleksandar Vucic spoke highly of the Serbia-China friendship when he attended a reception the Chinese Embassy in Serbia held on September 30 to mark the 71st anniversary of  the founding of the People's Republic of China (PRC).

Vucic told Chen that no matter what pressure Serbia is facing, it will never question its friendship with China.

"The past was not easy, and the future may be more difficult, but we must show and prove our friendship with China. Even when I was in the most difficult place in the world to say good things about China, namely in Washington, I still told the other side that our relationship with China is very good," he said.

Vucic told Chen that it shows the strength of friendship between the two countries.

Vucic praised the development of economic cooperation between the two countries, saying that the infrastructure projects undertaken by Chinese companies in Serbia are of great significance, and stressed the importance of China and Serbia. He also said Serbia will work to expand Serbia-China cooperation, and maintain fraternal friendly relations between the two countries.

Vucic said that although Serbia is not the most important country in Europe, it is China's most important and closest friend. He also thanked China for offering help during the COVID-19 epidemic.

Vucic has been welcomed on Chinese social media after he kissed the Chinese national flag when the expert team arrived in Serbia to help it fight against the coronavirus in March, and touched the hearts of many Chinese people, who said it is lucky to have such a "iron brother" in Europe.