HANOI, July 20 (Xinhua) -- Vuong Dinh Hue, chairman of the 14th National Assembly (NA) of Vietnam, was elected as chairman of the 15th NA for the 2021-2026 tenure, according to voting results announced Tuesday afternoon. 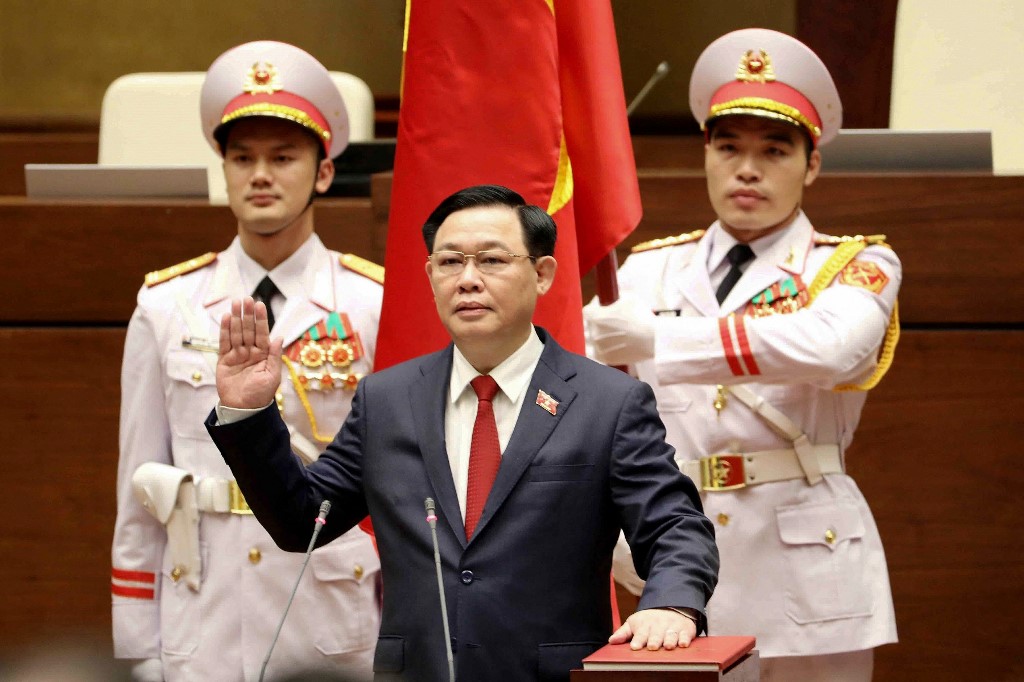 A resolution on electing Hue, also a member of the Politburo of the 13th Communist Party of Vietnam Central Committee (CPVCC), as the chairman of the 15th NA was adopted with an approval rate of 95.19 percent at the ongoing inaugural session of the 15th NA, which kicked off Tuesday morning, Vietnam News Agency reported.

Taking the oath of office, Hue, 64, vowed to be absolutely loyal to the nation, the people and the Constitution of the Socialist Republic of Vietnam, and to make every effort to fulfill the duty assigned by the CPV, the state and the people.

In his speech, Hue pledged to join hands with members of the standing committee of the NA as well as the NA deputies to continue to uphold the tradition of the Vietnamese parliament and to improve its effectiveness for the ultimate goal of serving the country and the people's benefits.

On March 31, Hue was elected NA Chairman at the last session of the 14th NA. According to Vietnamese legal regulations, the working tenure of the parliament chairperson is coincident with that of the NA.

The 15th NA of Vietnam is expected to make decisions on 50 high-ranking positions of the state apparatus during its first session from July 20 to 31.