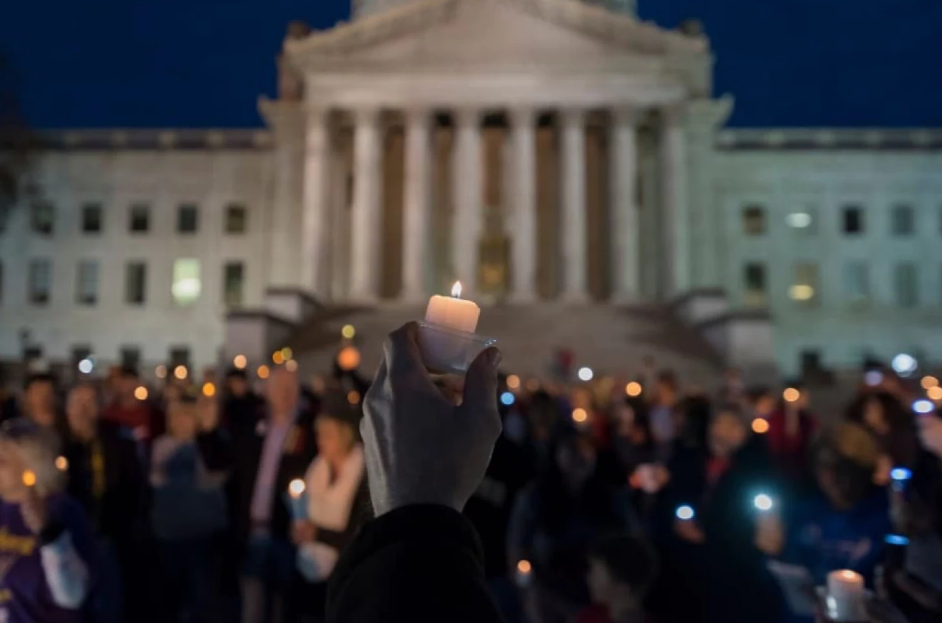 Hundreds attend a candlelight rally in support of the ongoing statewide teachers walkout outside of the capitol building in Charleston, W.Va., on Sunday. (Craig Hudson/Charleston Gazette-Mail via AP)

Washington (People's Daily) - A teachers' strike in West Virginia stretched into a third day on Monday, with thousands of them lobbying lawmakers at the state capitol leading to school closures that has affected nearly 277,000 public school students.

Around 20,000 teachers and 13,000 school service employees went on strike on Thursday in all of the state's 55 counties to demand better pay and benefits. Pictures on social media Monday showed there was an afternoon rally in Charleston, where a crowd gathered and chanted, "55 strong!"

The strike came not long after Gov. Jim Justice announced he had signed legislation to give teachers and state police a two percent raise, the Washington Post reported. Teachers were also expected to get one percent increases in fiscal years 2020 and 2021, a news release said. However, the teachers said they consider this increase too little.

Teachers in West Virginia are among the lowest paid in the US. The state ranked 48th in 2016, according to the National Education Association. On average, teachers made $45,622 in 2016 — well below the national average of $58,353.

The state's attorney general has called the strike "unlawful" and said he is prepared to take action if necessary. Before the strike, teachers and members of communities across West Virginia took steps to ensure students that rely on schools for meals would not go hungry as a result of the strike. Some community centers and churches are also hosting programs for students so that working parents don't have to stay home.