Waiting for passengers, American puts Boeing Max in the air

American Airlines is taking its long-grounded Boeing 737 Max jets out of storage, updating key flight-control software, and flying the planes in preparation for the first flights with paying passengers later this month.

The airline invited press reporters and photographers on board one of the planes Wednesday to demonstrate its confidence in the plane's safety. 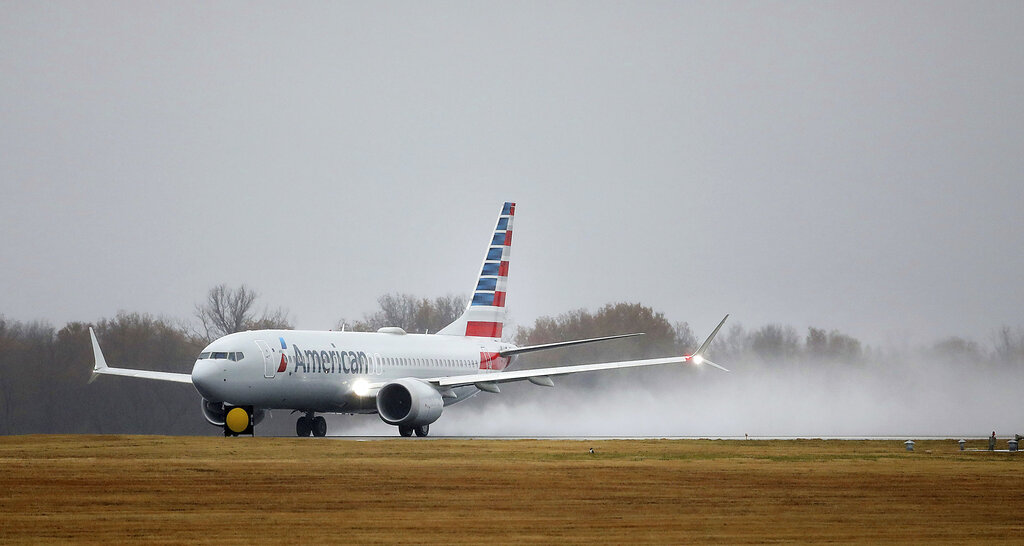 All Max jets worldwide were grounded in March 2019 after the second of two crashes that together killed 346 people. Last month, theFederal Aviation Administration approved changes— mainly in flight-control software — that will allow airlines to resume flying the plane.

American flew journalists from Dallas to the airline's maintenance center in Tulsa, Oklahoma, where crews explained how they are bringing the planes out of storage and making FAA-required changes.

American is likely to be the first carrier to put passengers on Max jets, beginning Dec. 29 with once-a-day round trips between New York and Miami. In the meantime, the airline plans flights with employees on board.

Some relatives of people who died in the crashes — and who still believe the plane is unsafe — expressed outrage at both Boeing and American over what they termed a publicity stunt.

Zipporah Kuria, a British citizen whose father died in the second Max crash, said Boeing and the FAA should instead turn over documents on changes made to fix the plane and how they were tested. The company has withheld the documents, saying they cover trade secrets.

“I feel like Boeing is using the press to leverage public trust instead of actually genuinely earning public trust,” she said. “I'm really disgusted by the whole thing and the fact that American Airlines would pay for that. Their focus is more about the profit and corporate interest than it is about consumer safety.”

Some people who lost family members believe that the FAA erred by not accepting all the recommendations made by pilots and aviation professionals during a public comment period on its proposal to let the plane fly again.

Scrutiny of the plane has focused on a flight-control system called MCAS, which repeatedly pushed down the nose of the plane before both crashes. Boeing, which describeschanges to the planeon its website, and the FAA say the system has been made less powerful and easier for pilots to override.

Some of the family members, however, wanted a deeper, nose-to-tail review of the plane. And they don't trust Boeing or the FAA, which allowed the plane to keep flying after the first crash, in Indonesia in 2018.

“It hasn't been evaluated to the point where we can say that it's safe,” said Nadia Milleron, whose daughter was killed in the second crash, which occurred in Ethiopia. “This plane hasn't flown very much with this new software, the revamped MCAS, interfacing with the plane. It's not responsible for them to put you on this flight.”

American is likely to be the only U.S. carrier using the Max for several weeks. United Airlines expects to put the plane back in its schedule during the first quarter of next year, with Southwest following in the second quarter. Regulators in Europe and Brazil have cleared a path for their airlines to resume Max flights in a few weeks.

It's unclear whether the flying public will accept the plane or avoid it. Some industry officials believe that fear of getting on the plane has lessened with time. American says that if customers don't want to fly on a Max, it will have the flexibility to put them on other planes.