At least 15 people were killed in Mumbai early Tuesday when a wall collapsed as torrential monsoon downpours brought chaos to India's financial capital. 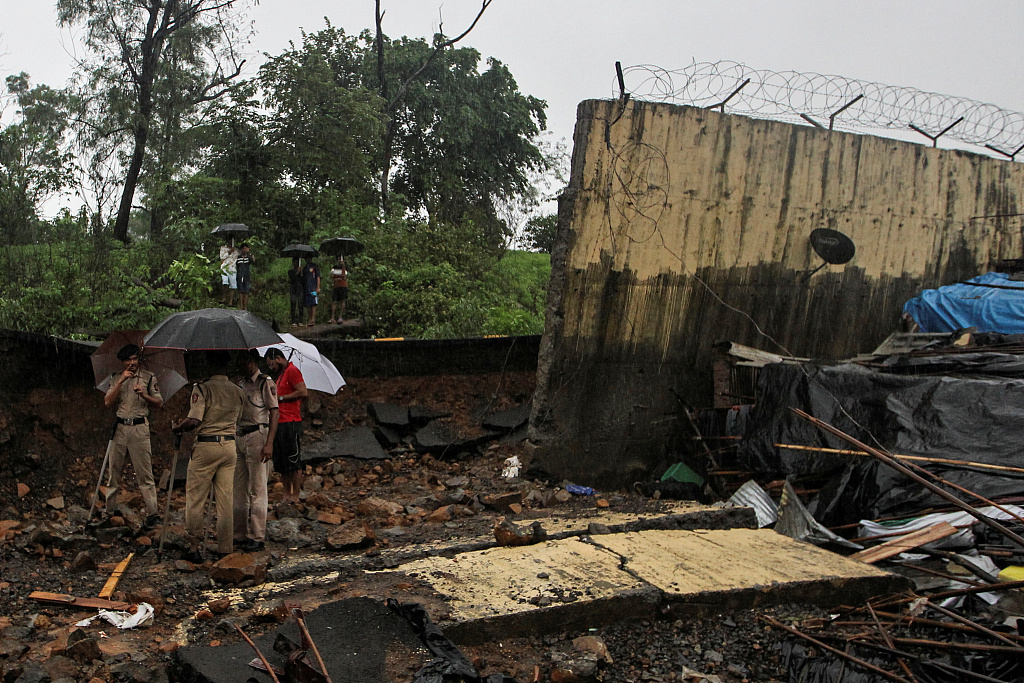 Police personnel stand among the debris after a wall collapsed on hutments due to heavy rains in Mumbai, India July 2, 2019. (Photo: VCG)

Another 69 were injured when the structure came down around 2am (2030 GMT Monday) in a slum settlement, Tanaji Kamble, a disaster management spokesman for Mumbai's local authority, told AFP.

The tragedy came as the teeming coastal settlement of 20 million residents was lashed by heavy rains for a second consecutive day, bringing the city to a virtual standstill.

Authorities declared Tuesday a public holiday and advised all residents to stay indoors. Schools and colleges were closed while dozens of flights were cancelled and diverted from Mumbai's main airport.

The airport's main runway was shut after a SpiceJet plane overshot the runway shortly before midnight Monday, a spokesperson for the airport told AFP.

According to Skymet Weather, a private weather tracking agency, large swathes of Mumbai received around 350 millimetres (13 inches) of rain overnight into Tuesday morning. 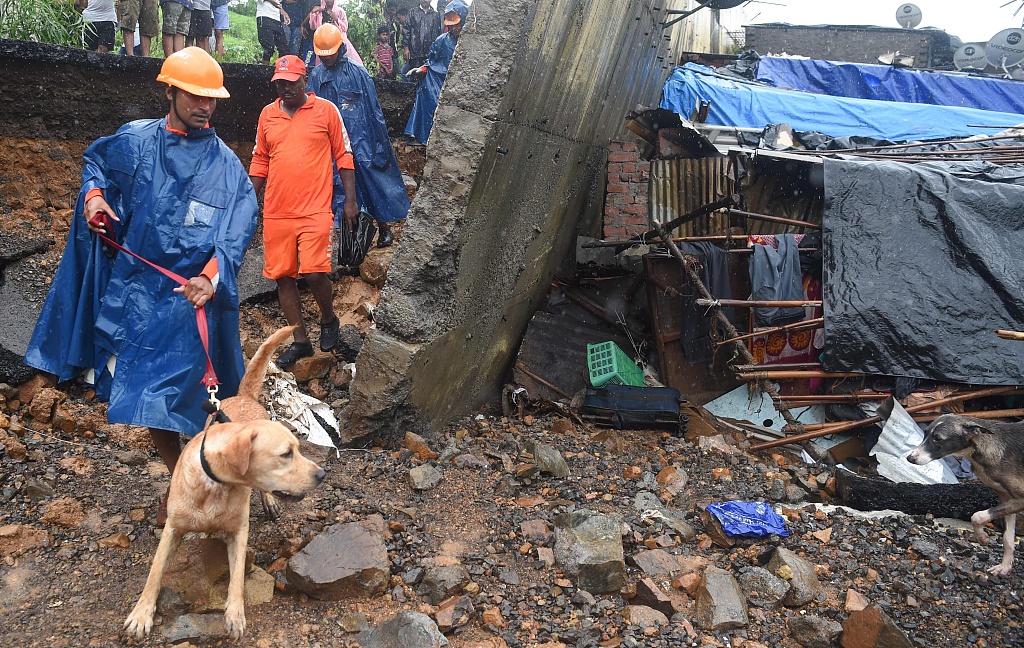 Rescue workers use dogs to look for survivors at the site of a wall collapse in Mumbai on July 2, 2019. (Photo: VCG)

Around 1,000 people living close to the city's Mithi river were evacuated to higher ground as the river threatened to burst its banks, said Kamble, the disaster spokesman.

Train services on Mumbai's colonial-era rail network, a lifeline for the city's population, were reduced due to waterlogged tracks while motorists were seen pushing cars through flooded streets.

Rescuers were sifting through the wreckage of the wall that collapsed in a slum area in Mumbai's north, in the hope of finding more survivors trapped under rubble.

"Rescue operations are under way and more details are awaited. Besides, a team of fire brigade and local police also reached the spot and took control of the situation," a National Disaster Response Force official told the Press Trust of India news agency.

Mumbai's streets regularly flood during the monsoon, which runs from June until September or October, and which provides India with most of its annual rainfall.

In August 2017, intense rainfall brought the commercial hub to a virtual standstill for two days and left at least 10 people dead.

Building collapses are common during the monsoon when dilapidated structures buckle under the weight of continuous rain.

At least 15 people, including four children, were killed when a wall collapsed on shacks housing labourers during heavy rain in the western city of Pune, 150 kilometres (around 100 miles) from Mumbai, on Saturday.