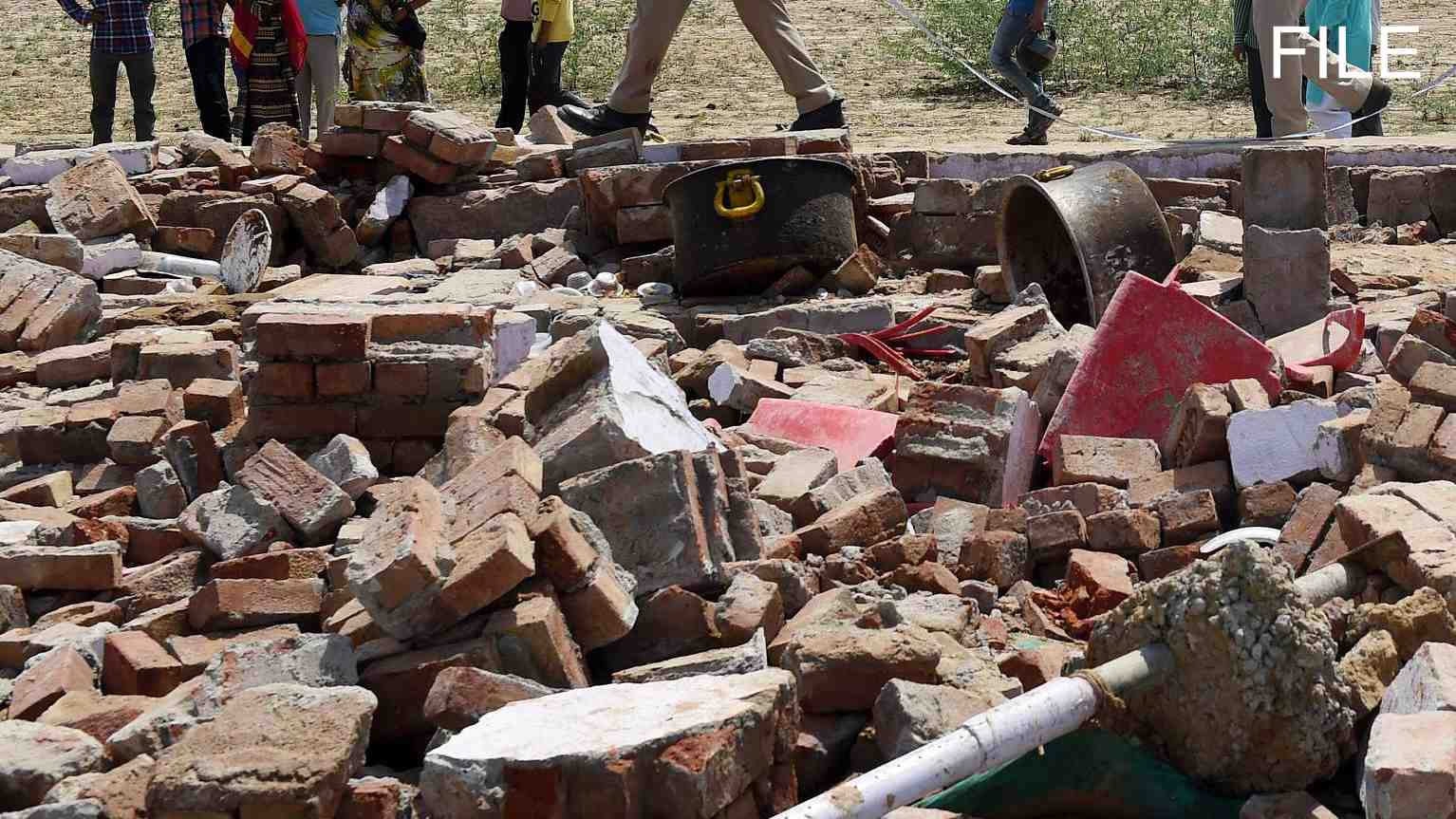 At least 17 people from four families in India were buried alive as they were sleeping on Monday when heavy rains caused a large wall to collapse on their homes, police said.

The dead included two children in the village in the southern state of Tamil Nadu, which was being pounded by torrential rain, a police official told AFP.

The 20-foot (six-metre) high wall crumbled at around 5:30 am some 50 kilometres (30 miles) north of Coimbatore, the Times of India daily reported.

Building collapses are tragically common in India during wet periods with rickety and poorly maintained structures buckling under the weight of continuous rain.

In July a collapsing wall killed 30 people in Mumbai.