Walls close in on Thailand's poorest as virus shrivels economy 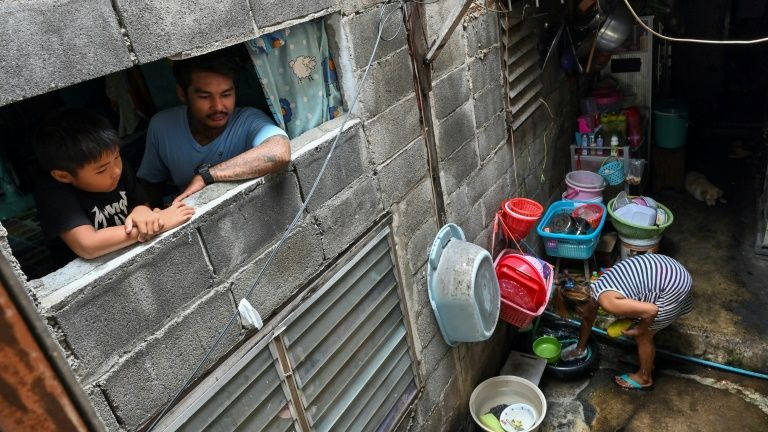 Shuffling around their tiny slum home, which is too small to stand up in, Thanapat Noidee and his wife Papassorn share donated noodles with their sons and worry about bills, as the coronavirus pushes Thailand's poor deeper into penury.

The wood-and-breeze-block hut, their home, stands in the heart of a Bangkok commercial district festooned with five-star hotels and upmarket restaurants. They share the small space with their children in the shadow of the nearby high-rise developments.

Under the 1.2-meter-high ceiling, the family's adults have to kneel to move around the single room home, which serves as the bedroom, living room and dining area. Downstairs, a tap provides a shower and a flat concrete surface serves as a kitchen area, a space shared with rats which clamber over their washed dishes.

Papassorn lost her job as a messenger as Thailand was locked down to contain the spread of the coronavirus in late March. She had to borrow money from her father and grandfather to pay for the electricity.

"The school term opens again soon (July 1) and I have to find money for those expenses as well."

Thailand's parliament is due Sunday to vote on whether to approve a near 60-U.S-dollar-billion stimulus to revive an economy battered by the pandemic. If agreed, it will be the biggest state cash injection in Thai history.

Thailand has long paraded low unemployment as a symbol of its economic success. But millions like the Noidee family rely on informal work or day wages for survival, jobs imperiled by a feared six to seven percent contraction in the economy. 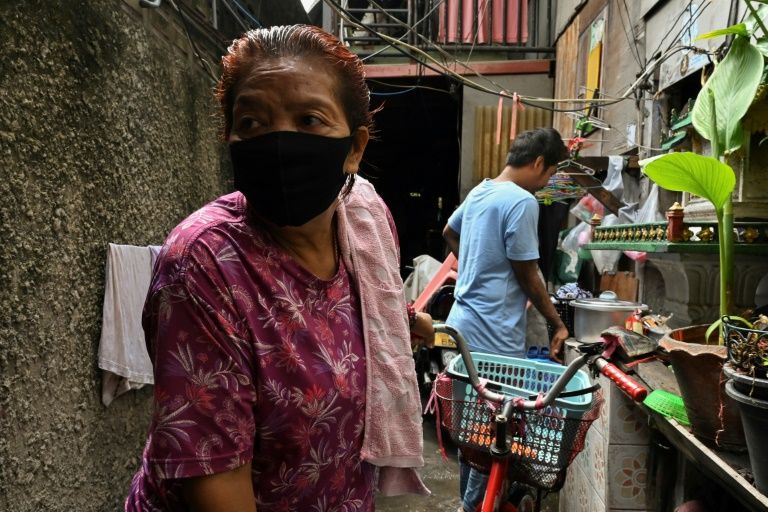 Thailand's government is due to vote on a massive stimulus to revive the battered economy. (photo: AFP)

Two months after the lockdown and with the outbreak under control, Bangkok is gradually creeping back to life. But Papassorn's work has not returned while her husband has seen the roughly 1,000 baht (31 U.S. dollars) he earns each day as a motorcycle taxi driver more than halved because of a fall in the number of customers.

The family has depended on the nearby Holy Redeemer Church for daily food handouts, a charity service which is being closed down as the city reopens.

"Without food donations, I'll have to fight harder for my family to survive," said Thanapat as he moved on his knees inside his lodgings, with his head occasionally knocking on the ceiling.

Thailand reported four new coronavirus cases on Sunday and no new deaths, taking the total number of infections to 3,081 with 57 deaths since January.

The new patients had arrived in Thailand from the United Arab Emirates, Turkey, and Saudi Arabia and have been in state quarantine, said Panprapa Yongtrakul, a spokeswoman for the government's Centre for COVID-19 Situation Administration.

Local infections have slowed and over the last two weeks, around 80 percent of new cases were Thais who had returned from abroad, Panprapa added.

Thailand will on Monday begin reopening more businesses classified as medium to high risks, including cinemas and gyms.

(With input from AFP and Reuters)