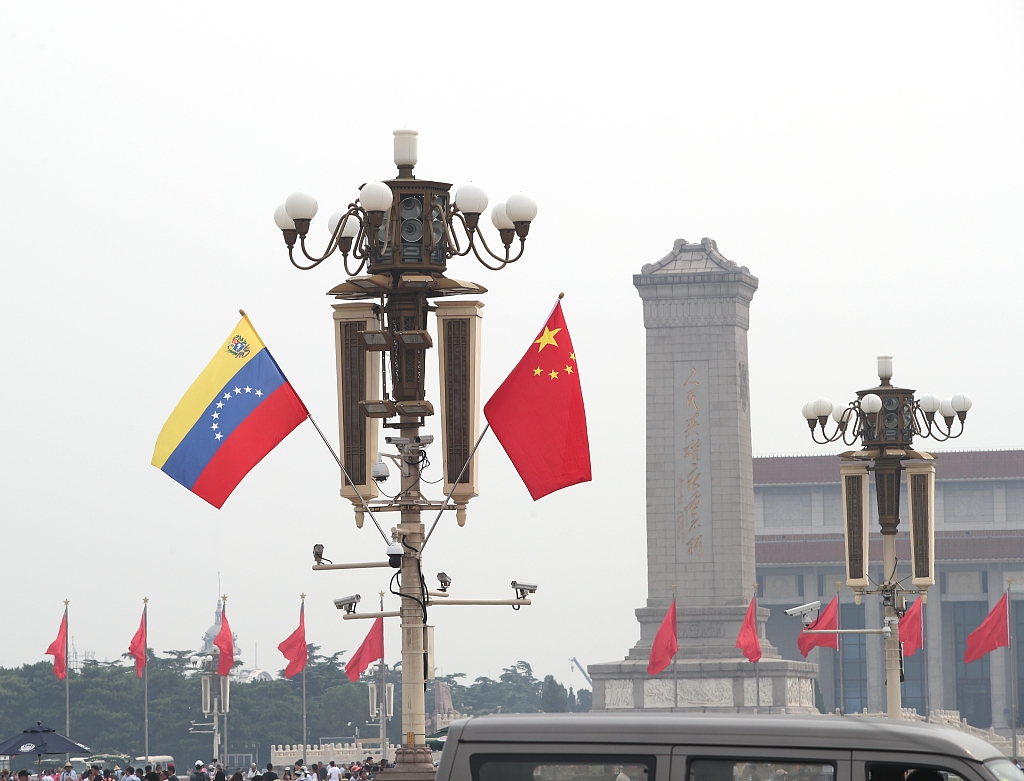 Wang pointed out the increasing global challenges, unilateralism, and the rise of power politics, included perils to world peace, stability, and development.

Regardless of changes ahead, China will focus on the long term, continue to develop the China-Venezuela Comprehensive Strategic Partnership and support the Venezuelan government and people on national sovereignty and independence, national dignity, social stability, and economic growth.

Rodriguez congratulated China on the 70th anniversary of the establishment of the People’s Republic of China. She said Venezuela is undergoing difficult times due to US and western sanctions.  China’s sincere friendship and firm support are pivotal to the country and its people.

In recent years, steady progress has been made in China-Venezuela cooperation thanks to the efforts of the two countries. Venezuela highly appreciates China’s practice of non-intervention in others’ internal affairs and building a community of shared future for mankind.

Venezuela is committed to strengthening bilateral cooperation and strategic dialogue with China and safeguarding the interests of the two countries, world peace and stability.