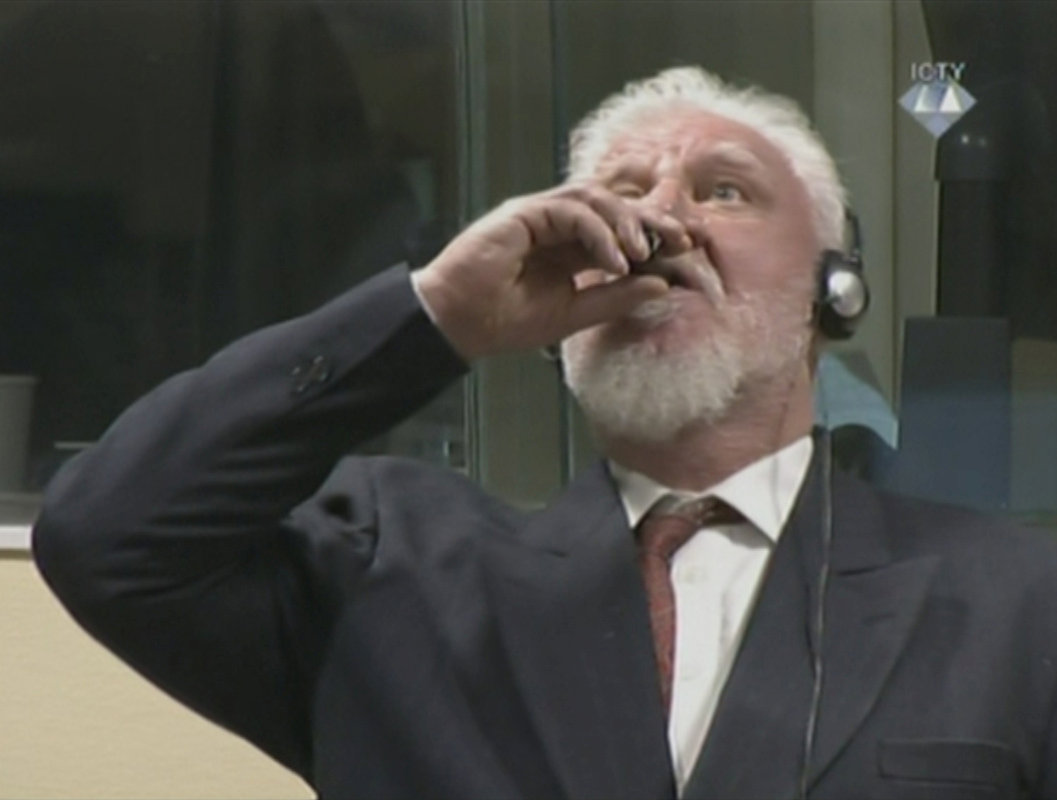 Slobodan Praljak, 72, tilted back his head and took a swing from a flask or glass as the judge read out the verdict.

"I just drank poison," he said. "I am not a war criminal. I oppose this conviction."

Praljak sat back down and slumped in his chair, a lawyer who was in the courtroom at the time said.

The presiding judge suspended the hearing and called for a doctor. An ambulance was at the building and paramedics went to the courtroom.

A court guard said Praljak was still "being treated" more than hour after he said he drank poison.

Croatian General Marinko Kresic told Croatian state TV he had spoken to the wife of another defendant, General Miroslav Praljak, who was in The Hague. "She confirmed that he drank the poison and that he is in a very grave health condition," he said.

The court said it would resume reading the verdict, which is also handling cases against five other defendants, including Miroslav Praljak.

The dramatic events came in the final minutes of the court's last verdict before closing down. The International Criminal Tribunal for the former Yugoslavia (ICTY), established by the United Nations in 1993, shuts its doors next month when its mandate expires.

The court's lead suspect, former Yugoslav President Slobodan Milosevic, died of a heart attack in March 2006 months before a ruling in his genocide case.

Two defendants awaiting trial committed suicide by hanging themselves in their U.N. cells, according to court documents. Slavko Dogmanovic died in 1998 and Milan Babić was found dead in his locked cell in 2006.